Droughts like the one that’s parched crops, drained rivers and ignited wildfires this year in the Midwest foreshadow more frequent, more severe droughts in the decades ahead.

Long, deep dry stretches could mean you’ll click a weather app in the morning not to check the forecast for rain — although you may wish for it — but to see if dust storms and wildfires are kicking up again.

Growing crops with little water might mean you’ll eat cereal made from a perennial grain rather than your Corn Flakes or Wheaties. And if you want meat, which takes a lot of water to feed cattle, it might not be grown in a field.

Climate change patterns in the Midwest are expected to accelerate drastically in the coming decades. Daniel Whitesel said rainstorms will be intense and short, depositing months of rain in days. The hard, sun-baked soil won’t be able to take in the moisture.

“There won’t be as many average years,” said the climatologist with the High Plains Regional Climate Center and the National Drought Mitigation Center. “You’ve heard about 1,000-year precipitation events, right? So in a similar light, we could have 1,000-year droughts.”

Life will have to change to find its place in the drier, hotter future, Whitesel said.

Water restrictions could mandate people to abandon their sprinkler systems and replace green lawns with native, drought-resistant plants. Wildfire precautions may mean skipping the fireworks on the Fourth of July to prevent errant sparks from scorching consistently parched neighborhoods.

In the past, the Ogallala Aquifer managed to stave off the worst effects of drought. The groundwater nest egg lies beneath much of Nebraska and western parts of Kansas, Oklahoma and Texas. It supplies 30% of the nation’s irrigation and drinking water for millions of people.

But the aquifer’s savior days are numbered — scientists estimate its southern half in Kansas, Oklahoma and Texas will run out of water in less than 30 years.

The city of Lincoln, Nebraska, has already started to think about how it will provide water to its growing population as the Midwest gets hotter and drier.

It can no longer rely on the Platte River, which runs through central Nebraska and dried up at some parts throughout the summer, to replenish wells.

Liz Elliott stood near the river’s edge recently at the Platte’s eastern tail and looked across its shallow stream.

“Every time I drive across the Platte and you see the dryness, you kind of just hold your breath a little bit,” she said, “because if we don’t come up with a solution now, we might be too late.”

Elliott is Lincoln’s director of transportation and utilities and is leading the search for another source of water for the second-largest city in Nebraska. The city established the project in 2005, but she said this year’s drought emphasized its importance.

“We’re kind of at that apex of ‘What’s next year going to be like if we don’t get any snow this winter?’” Elliott asked. “And to make sure we have water for the next 100 years, we need to find a second source of water.”

Water for public use only makes up about 12% of the nation’s freshwater use. Agriculture uses nearly three times as much to irrigate thirsty crops like corn and soybeans.

Nick Jordan, an ecologist at the University of Minnesota, said drought will “substantially limit the ability of this part of the world to function as one of the major — quote, unquote — breadbasket regions.”

It could mean fewer corn and soybean fields. They have to be planted every year and take a lot of water.

“We have to move away from that or we’re going to have a food system that’s really vulnerable and there’s going to be a lot of collateral damage to society,” Jordan said.

Tim Crews — who leads research at The Land Institute, a nonprofit research organization focused on agriculture — sees an opportunity for perennial crops, which don’t have to be planted every year and can suss out water with deep roots.

Crews said he hopes corn and soybean fields don’t dominate Midwestern horizons in the future. He’d like to see a variety of crops on the landscape, especially perennials like the wheat-like grain Kernza, or perennial peas and alfalfa.

“It is going to require some cultural evolution and adaptation to come to terms with new foods in our diet,” Crews said. “But, boy, they will be far better suited to the conditions we’re about to face.”

Perennial crops have a difficult path ahead of them. There are endless ways to sell corn: to make fuel, corn syrup, antibiotics, livestock feed.

“How do we advance perennial agriculture so it becomes a significant part of our food system and supports byproducts like ethanol?” Jordan asked. “Is there a market? Can farmers stay in business if they grow these crops?

The meat industry is also vulnerable to drought. It’s hard to keep cattle comfortable and alive in hot weather, and dry conditions zap the pastures they graze in and raise the cost of feed corn.

“Communities have been forced to adapt to increasing droughts, floods, fires and crop failures, all while the demand for meat is set to double by 2050,” she said. “Cultivated meat could really be part of an effort to adapt to climate change.”

She said meat that’s grown from animal cells can get people their protein fix. After all, labs don’t need Mother Nature for ideal growing conditions.

Dry ground doesn’t just hurt agriculture. It can also hurt people, by making its way into their lungs through dust storms like the ones that hit western Kansas earlier this fall.

Jesse Bell studies water, climate and health at the University of Nebraska Medical Center. He said when drought hits, public health declines — even if that’s not immediately clear.

“When you look at other weather-related disasters, you can see the impacts on society pretty quickly,” he said. “Drought itself in the United States typically isn’t a cause of death. But drought changes the environment, and that change in the environment can lead to human health outcomes.”

Air pollution from dust storms and wildfires could cause serious problems for people with asthma. Or hot, dry conditions could increase heat-related deaths and suicides from farmers struggling with growing conditions.

A recently published study from Bell and his colleagues showed deaths among middle-aged white people in Nebraska ticked up during drought periods.

“The problems could get worse in the future,” Bell said. “If we can start building support within our public health systems to better understand the challenges during drought events, that’ll help us better prepare for the future.” 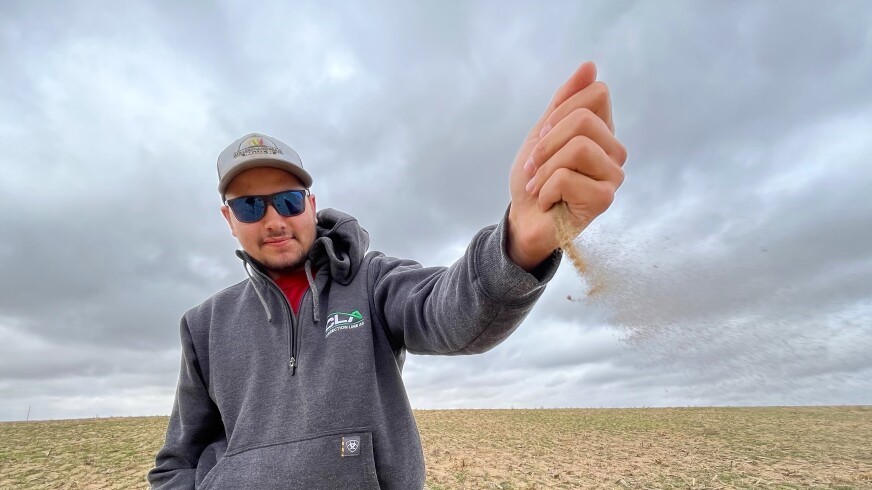 Here’s How This Year’s Drought has Battered the Midwest — and What it Might Mean for Next Year From deadly wildfires to choking dust storms to decimated crop harvests, this year’s drought has left its mark across the country. For the hardest hit areas, such as the Great Plains, recovering from the far-reaching impacts of this historically dry… 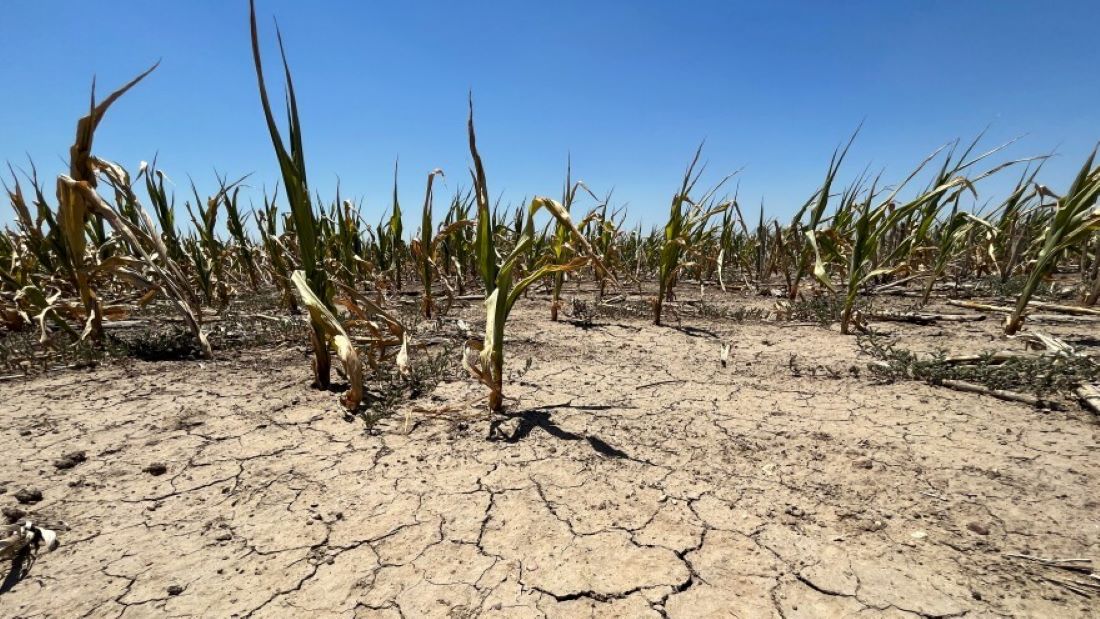 How the Drought Killing Kansas Corn Crops Could Make You Pay More for Gas and Beef Drought is taking its toll on western Kansas cornfields this year. And all that dead corn could mean higher prices for ethanol-infused gasoline and corn-fed beef. 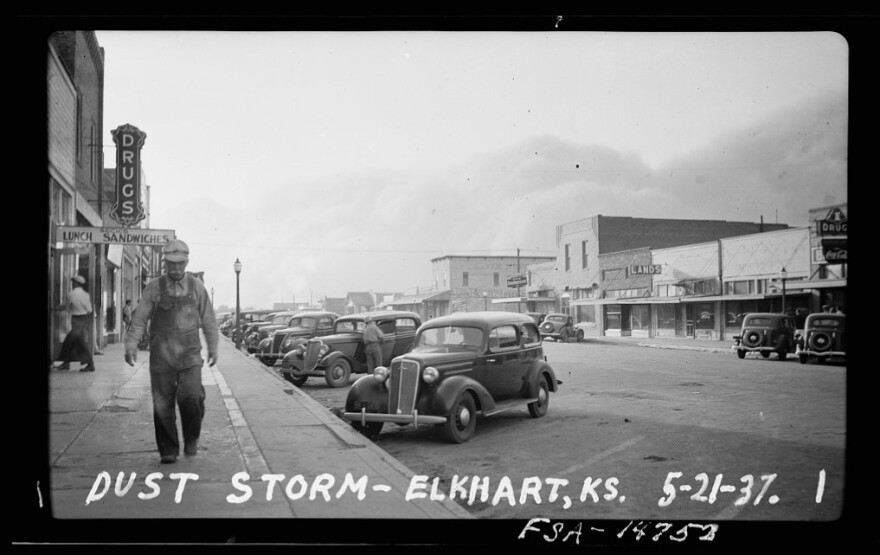 Here Are 7 Ways 2022 Stacks Up Against the Worst Droughts in Kansas History How bad is the Kansas drought? Among the worst droughts in recorded history. But some other years were more extreme. Here are the numbers. 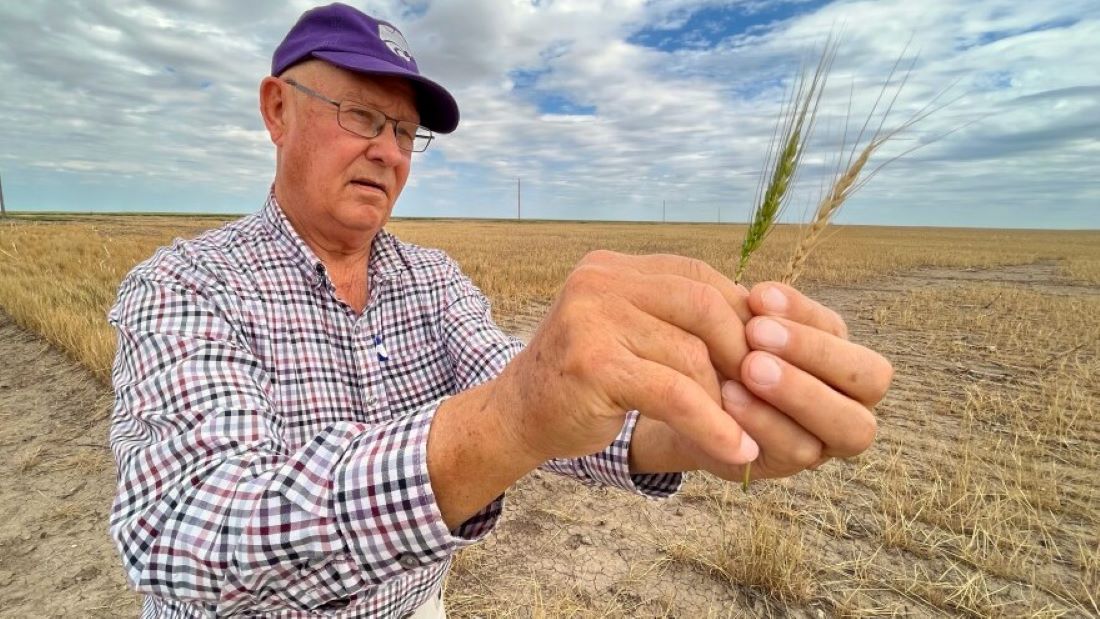 Western Kansas Wheat Crops are Failing Just When the World Needs Them Most Russia’s war in Ukraine has disrupted global food supplies, driving up demand and prices for wheat. But after months of drought, many western Kansas farmers won’t have a crop to sell. 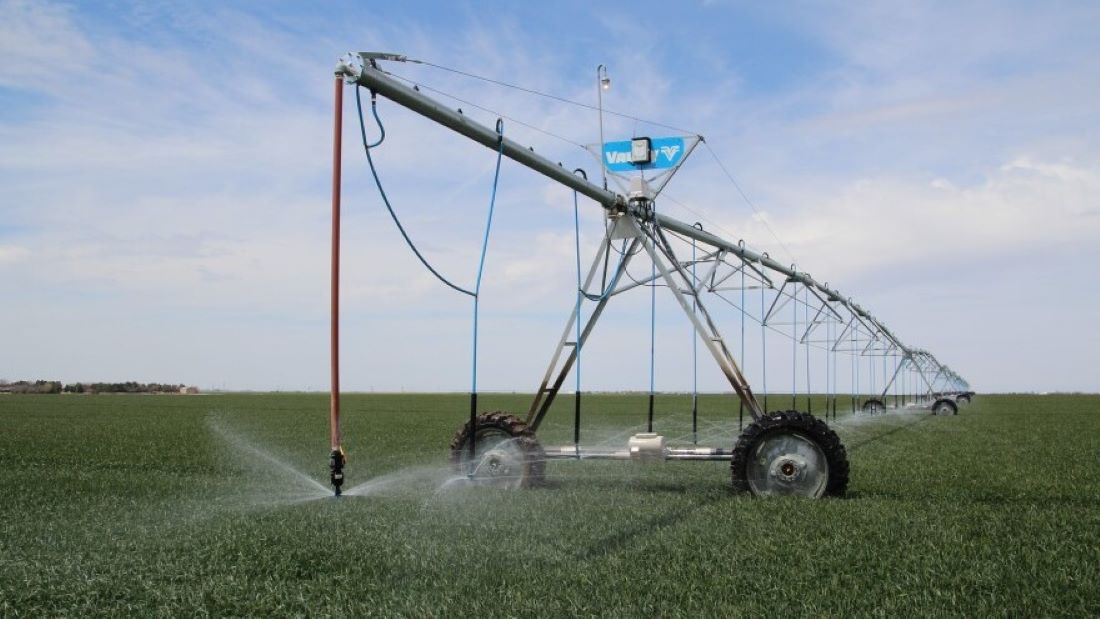 How Kansas Could Lose Billions in Land Values as its Underground Water Runs Dry The water in the Ogallala aquifer is worth billions of dollars to western Kansas, but it’s rapidly disappearing. And it’s been a challenge to find ways to slow the depletion.