How redefining ‘farmers’ could change a farm-subsidy loophole 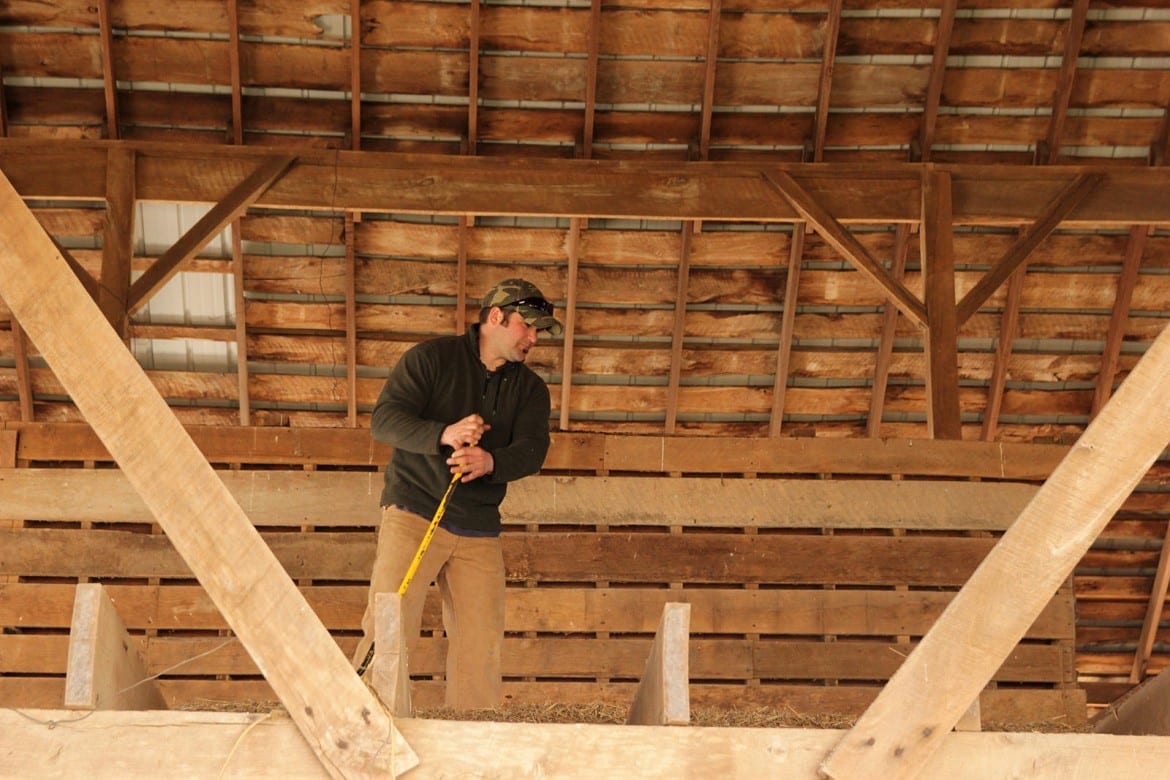 Big farms are collecting taxpayer dollars that they haven’t necessarily earned by taking advantage of a loophole in government subsidy rules, according to regulators, members of Congress and the U.S. Government Accountability Office.

The U.S. Department of Agriculture is taking aim at what is known as the “actively engaged” loophole, which has been gaping for nearly three decades, by changing the qualifications for some subsidy payments. But many watchdog groups say a proposed fix fails to address the problem.

The government expects to spend nearly $7 billion (pdf) in 2016 on farm subsidies – payments meant to stabilize the food system by supporting farmers during tough times.

In order to qualify for payments from most crop subsidy programs, farm operators first have to meet the government’s current definition of a farmer, which includes owning land or equipment, and doing at least 1,000 hours of manual labor a year – equivalent to a part-time job.

Levi Greuel, sporting Carhartts and work boots caked in mud, is an easy fit. He grows 2,000 acres of row crops and raises 12,000 hogs in Industry, Ill. On a sunny Saturday afternoon, Greuel was working over-time, fixing up farm equipment and tearing down an old barn.

But the Farm Service Agency (FSA), the branch of the U.S. Department of Agriculture responsible for distributing and regulating subsidies, also grants subsidies to what it calls “farm managers.” Unlike farmers who work the land, managers don’t have a time requirement to fulfill in order to qualify for a government check. The FSA’s guidelines only require that their contribution be “significant.”

The FSA caps subsidy payments to a maximum of $250,000 per married couple. Most farms never come close to hitting that ceiling, but some big farms do. And that’s where the loophole comes in: Bumping up against the limit? Add people to the payroll, as farm managers, and the limit rises.

“Some farm operations organize themselves so that there’s sometimes 10 or 20 people that are considered providing active personal management and therefore eligible for farm subsidies,” said the Environmental Working Group’s Craig Cox.

Long critical of farm subsidies, the EWG says big farms often put that extra cash back into the farming operation, which gives them a competitive advantage over farms with fewer managers receiving payments.

“That extra money can be used to out-compete farms in land markets and in renting land. They use it to buy bigger equipment that allows them to farm more acres,” Cox said. “It just increases the capacity of those larger operations to compete.”

Cox said the FSA’s current guidelines for management are loose, allowing people to qualify for big subsidy payments by doing just a few hours of work a year.

“This loophole has made a real estate agent in Chicago that makes a couple of phone calls a year eligible for farm payments,” Cox said.

Comedian David Letterman and basketball Hall of Famer Scottie Pippen are two celebrity “farmers” who have slipped through the loophole. They’re accompanied by philanthropist David Rockefeller, a slew of Fortune 500 company executives, and several government officials.

The U.S. Government Accountability Office (GAO), which helps Congress track government spending of taxpayer dollars, has investigated the loophole twice in the past decade.

Anne-Marie Fennell, director of the Natural Resources and Environment team at the GAO, authored a 2013 report on how the FSA’s loose guidelines for farm management hinder the regulatory agency’s ability to do its job.

After visiting FSA offices in five states and interviewing FSA regulators at the national, state, and county levels, the GAO concluded that the loose guidelines for farm managers make it easy for big farms to collect big payments while doing little work.

“Without additional criteria or restrictions on the use of management contributions to qualify for payments […] the reliability and integrity of FSA’s compliance reviews will continue to be uncertain, and the federal government risks distributing millions of dollars to individuals who may have little actual involvement in farming operations,” according to the report.

The FSA determined that these recipients were, in fact, eligible. But not necessarily because they were doing a “significant” amount of management.

Fennell said the loose guidelines provide the FSA with no standard to measure alleged managers against, no specific criteria to hold them accountable to.

“I think it goes to show you how difficult it is when there is broad criteria to apply,” Fennell said. “I think it’s a good example in terms of how challenging it is for FSA.”

The GAO report also found flaws with FSA’s auditing process for investigating suspected cases of abuse. The report said it’s a long process of interviews and appeals, which gives individuals time beforehand to hire attorneys to help craft their response and multiple opportunities to refine their answers.

“The FSA indicated some concerns regarding this,” Fennell said. “It makes it difficult for them to verify claims of management contributions. Particularly as such information changes during the course of the interview and appeals.”

It’s unclear how many big farms are abusing the loophole. Another finding of the GAO report is that the FSA doesn’t keep good records of its audits.

“There has been this so-called management loophole for some years now,” acknowledged Val Dolcini, administrator for the FSA.

The agency, following Congress’s mandate to address the problem in the 2014 Farm Bill, drafted new guidelines for what constitutes a significant contribution of farm management.

The proposed rules require farm managers to work for at least 500 hours a year and managers will have to document their work. Most farms will only be allowed to have one manager, though more complex operations will be allowed up to three.

The FSA estimates that the new rules, if implemented, will impact about 1,400 farming operations and save taxpayers around $50 million dollars over the next three years. That is a tiny fraction of the billions of total subsidy payments.

“This rule is a step in the right direction,” Dolcini said. “We’re proposing a rule that tightens up that loophole and really makes it much clearer around who can receive a farm payment and who cannot. And we feel like it’s a strong rule.”

The new rules, however, leave their own gaping loophole: Congress voted to exempt family farms, which make up 97 percent of all farms in the country.

Sen. Chuck Grassley, an Iowa Republican, authored the amendment to the 2014 Farm Bill that instructed the FSA to draft new rules. He says the results don’t go as far as he’d like.

“I’m disappointed,” he said. “This really doesn’t accomplish what I want to accomplish.”

The FSA doesn’t have an estimate on how much money taxpayers could save if family farms were included.

To see more stories on food and field, go to Harvest Public Media.