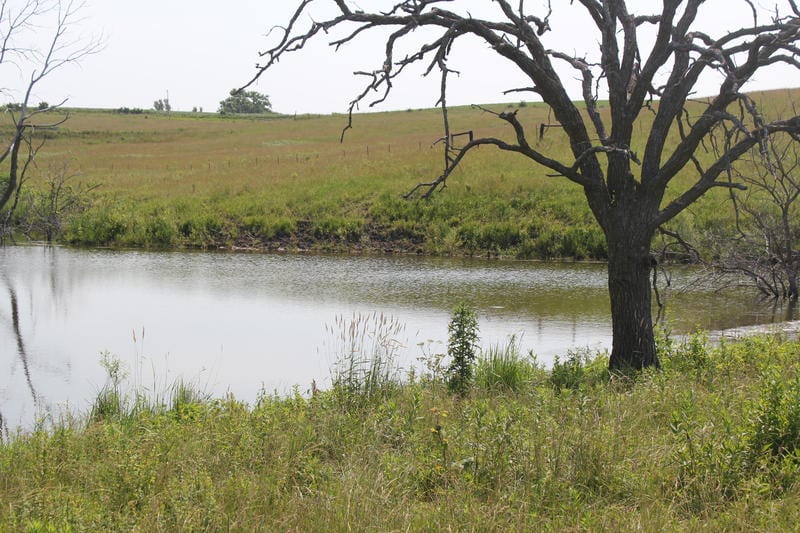 The EPA wants to clarify what waterways it has authority over. Some say that could increase its reach on agricultural land. Photo by Amy Mayer
Share this story

Fresh off a win in one multi-state lawsuit against the Environmental Protection Agency, Kansas Attorney General Derek Schmidt announced he will join another.

Schmidt’s office said Tuesday morning he was joining attorneys general from eight other states in fighting the “Waters of the U.S.” rule intended to expand the scope of the Clean Water Act to smaller tributaries.

“Congress never intended for the federal government to regulate ditches or farm ponds,” Schmidt said. “This regulation grossly exceeds the authority granted to federal agencies by the Clean Water Act — authority that rightfully belongs to the states and that is limited by private property rights protected by the Constitution.”

The new rule is based on a January EPA report on connectivity of smaller bodies of water to the interstate “navigable” waterways that the EPA traditionally protects from certain levels of contaminants.

Environmental groups like the national Waterkeeper Alliance praised that report, saying it more realistically accounted for the damage caused when waste is disposed of in small bodies of water that leach into others.

Kelly Foster, a senior attorney for the alliance, said EPA rules should not exempt all ditches, “which often transport animal waste generated by industrialized meat production facilities to downstream waters.”

The EPA has said that under the new rule most ditches will remain exempt and the water supply necessary for farming and ranching will not be disrupted.

Still, agricultural groups have largely opposed the rule, and more states are likely to join the lawsuit against it. By Tuesday afternoon, the number of states involved had grown to 13. The Republican-controlled Congress also is mulling a rewrite of the rule.

Schmidt and other attorneys general narrowly prevailed in a suit against a 2011 EPA rule regarding power plant emissions. The 5-4 U.S. Supreme Court decision in that case was announced Monday.