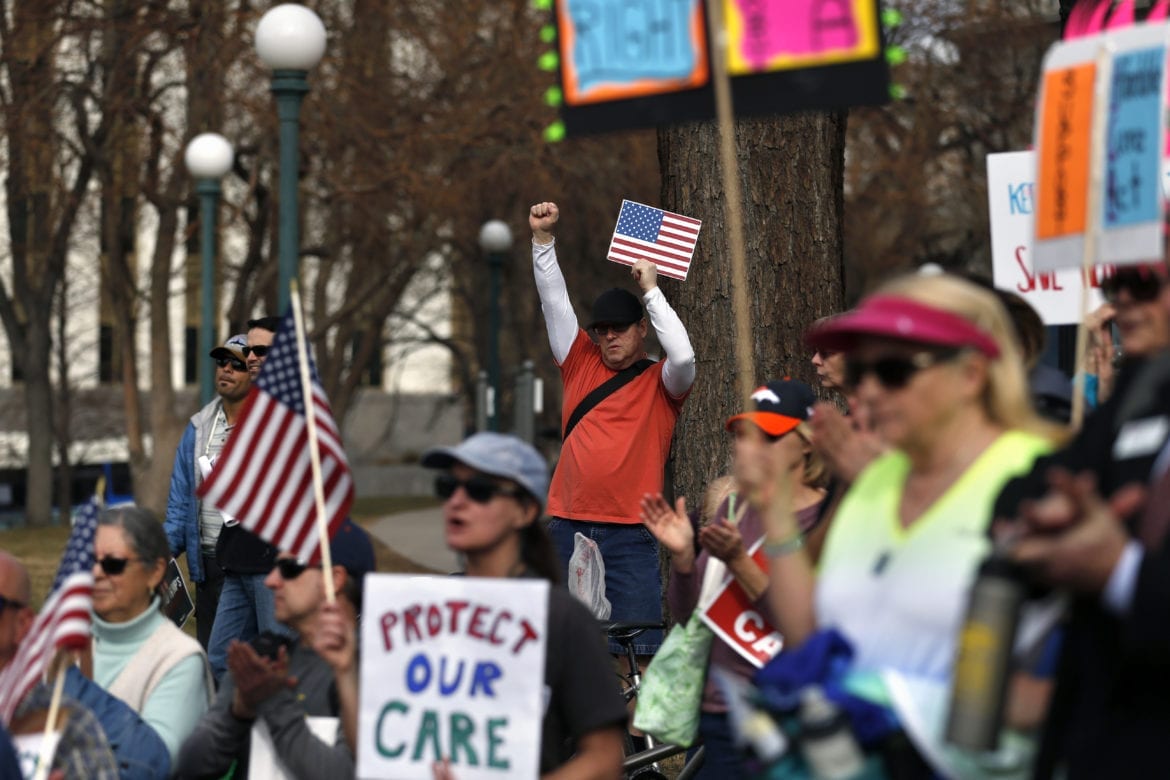 Congressional plans to "repeal and replace" the Affordable Care Act have drawn protests around the country. (Brennan Linsley | AP)
Share this story

The health care plan unveiled last month by the Republican-controlled U.S. Senate met with fierce opposition from hospital, doctor and patient advocacy groups. Among them was the National Rural Health Association, which is based in Leawood, Kansas, and represents doctors, nurses and hospitals in rural areas nationwide.

It says the Senate plan would spell trouble for the communities they work in. Brock Slabach (pictured below), the group’s senior vice president for member services, says the association’s biggest concern is the plan’s cuts to Medicaid, which would add up to nearly $800 billion over the next ten years. 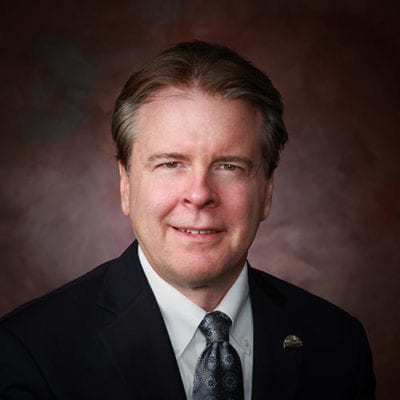 As part of KCUR’s look at the Senate’s health care plan, the station spoke to Slabach about the association’s position about the Senate plan.

Why are the Medicaid cuts the association’s biggest concern?

Just because you erase or eliminate expenditures of Medicaid doesn’t mean that the needs of those populations still don’t exist. And so many of our rural providers will be faced with even more of a burden of bad debt and uncollectable accounts because patients will be unable to afford the coverage that they need.

And why is Medicaid funding a particular concern for rural hospitals and rural health care?

Well, the simple answer is that rural providers disproportionately serve an older and more poor population and so disproportionately this impacts those facilities. Many of our rural hospitals with Medicare and Medicaid combined could have anywhere from 50 to 60, as much as 80 percent, of their revenues coming from both Medicare and Medicaid. When you’re dependent on those resources for your reimbursement, any little change in the financing formulas can make a big impact on your operations because of the dominance of that payer type in that facility.

I understand there are also concerns about how the Senate plan might affect opioid abuse prevention and treatment. Can you tell me about that?

Sure. I think that the Medicaid program covers – because of the population of people that are typically addicted to opioids – there is a tendency for them to be covered mainly by Medicaid. And so if somebody is addicted to opioids or any chemical substance, they would depend on Medicaid for the money to come up for treatment. And so if you cut significantly the number of people that are eligible for Medicaid coverage, then you’ll deny them access to opioid coverage for recovery.

Are there other concerns with this in the plan that you think would have a disproportionate effect on rural areas in health care?

We think that this would further encourage or discourage, if you will, workforce, because obviously rural communities are desperate for workforce are not going to be able to retain the payment to providers and rural communities that are needed to keep their systems going. And so we think that workforce, in addition to reimbursement, is a huge factor in rural operations. So we think that we need to focus on workforce development as part of a program of change, and so we’ve recommended that, as far as our alert to the Senate, that anything you do to harm our infrastructure in rural communities is going to also impact the rural safety net of providers. And that’s what we’re very concerned over going forward.

There are a lot of people in rural areas who, just when they talk about the Affordable Care Act, say they’re very concerned about the rising premiums and also just not crazy about the requirement that individuals buy insurance. Are there things that Congress should do to address those problems?

Well, that’s an interesting question, because when you look at polling about what people don’t like about the Affordable Care Act, the polling suggests that they don’t like high premiums, they don’t like high deductibles and they don’t like the high co-insurances. Ironically, the Senate plan does nothing to address any of those three. Now it does say – the CBO, the Congressional Budget Office report – did indicate that there would be a 20 percent drop in premium. This is due to the fact, though, that they’re reducing the actuarial value of the plan. In other words, if you read if you make the plan skimpier, then sure, you can reduce the premium because you’re covering less in terms of what’s provided. So we see that when you have less coverage, you’re paying a premium that is maybe 20 percent less, but now you’ve got more co-insurance and deductibles so your total out of pocket experience is going to be a lot more with a skimpier plan. We don’t think that that’s the way to go forward. So we need to make sure we address what the polling suggests that the people are not happy with in the ACA, and not make that problem worse.

Alex Smith is a health reporter for KCUR. You can reach him on Twitter @AlexSmithKCUR. For more stories about health and other topics, go to kcur.org