Why ‘Going Local’ is a challenge for chefs and farmers 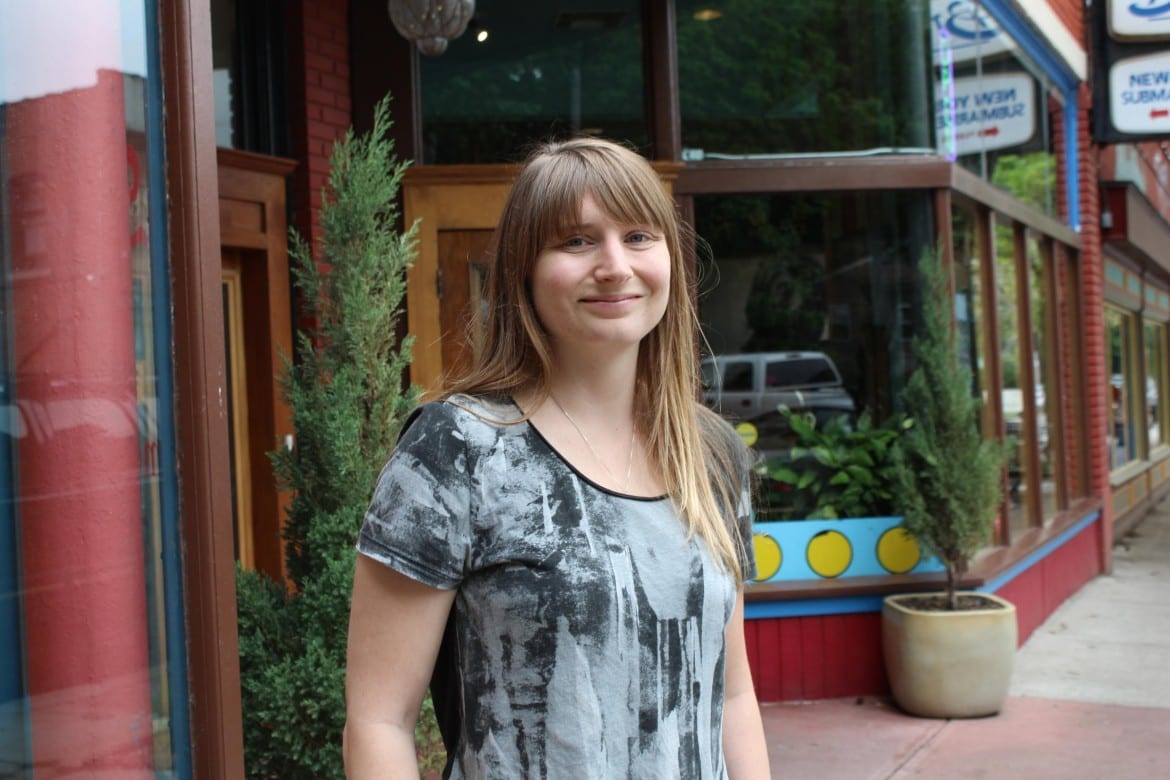 It’s no longer enough for a restaurant to offer roasted chicken or braised beef shank on their menu. They need to be able to tell customers exactly where that chicken came from and how the cow was raised. If they can remember the pedigree of the produce? All the better.

But serving locally-sourced food is a challenge for chefs, and the farmer-foodie connections aren’t always easy to come by.

That’s a lesson that Kate and Scott Meinke learned this year as they prepared to open Heirloom Bakery and Hearth in Kansas City. They were living in Washington, D.C., when they got the idea to open a local food bakery. Returning to Kate’s hometown of Kansas City seemed like a no-brainer.

“Here in Kansas City, we’re in America’s heartland,” says Scott. “There’s flour, there’s eggs, there’s pork, there’s poultry, there is so much surrounding us, it doesn’t make sense to not utilize that.”

But when they actually set out to find farmers, the Meinke’s discovered that it’s not so simple. There are two major problems facing chefs that want to start farm-to-table restaurants. First, restaurants need a lot of food and local farms tend to produce smaller quantities.

“So, like rosemary, we go through a lot of it for a larger scale operation,” says Scott. “It’s hard for them to harvest that much and then for it to regrow back within a week.”

Even a small bakery like Heirloom needs multiple sources for everything. The Meinke’s juggle about 20 different farmers, most of which are listed on a chalkboard on the wall of their bakery. They’ve left lines at the bottom for new farms they find as their needs expand. Managing that many different sources is a bit more complicated than calling up US Foods and getting a truckful of produce on demand.

Come winter, it’ll be much harder for Heirloom Bakery to find local blueberries. They’ll have to use large distributors, or be stuck serving carrot cake.
(Photo: Eleanor Klibanoff/KCUR)

That brings us to the second problem of sourcing local food: even finding enough farmers in the first place. Farmers and chefs live in very different worlds, and connecting those two parties is harder than it seems.

David Kesten can see both sides. He worked in the restaurant business for years, growing increasingly frustrated with the quality of meat they received — and the conditions the animals were raised in. He left the business to start David’s Pastures in Concordia, Missouri, where he raises chickens, pigs and sheep on pasture with GMO-free feed. Yes, that’s more expensive, but Kesten says it can pay off — as long as you can connect with the restaurants that want your goods.

“Every month, we get probably two new customers because we answer emails and we answer phone calls,” says Kesten. “They’ll say, I tried that other farm but they’ll never call back or they never answer the email.”

That’s a problem that Kristin Wolf is trying to solve. She owns Windhaven Farms, which is less a farm and more a girl and her truck. Wolf takes orders from restaurants and then matches them up with farmers that have what they need — grass-fed versus grain-fed beef, eggs, and so many, many chickens.

“When people want to go local, they think they can just find farmers and want to eliminate the middleman,” she says. “I’m a middleman but it’s just because its hard for my farmers to farm all the time, bring their animals to the slaughterhouse and then bring them into the city.”

Windhaven Farms takes some of the hassle out of the farmer-chef relationship, which, according to Wolf, is a relationship that needs a liaison. She says chefs “are always busy and they’re a little fussy. A lot of farmers talk about how scary it is going in trying to talk to chefs.”

The work she does sounds a lot like the food hubs you can find in other cities. Kansas City has discussed starting a food hub, but for now, Wolf says she’s the only person filling this need.

Finding farmers, let alone enough farmers, is an unexpected challenge for chefs that want to go local. But the infrastructure is growing and more restaurants are overcoming those barriers.

Unfortunately, no matter how hard you work to build your Rolodex of farmers, there’s one obstacle you’ll never overcome: winter.

“We can’t just sell root vegetable pies for four months,” says Kate Meinke, owner of Heirloom Bakery. “When it comes to December and January, you have to buy from the larger distributors just in order to sustain and not just be selling only one muffin.”

She says they’ll stockpile what they can and find interesting workarounds when possible. But that’s the cold, hard truth of farm-to-table: it’s near impossible to be all local all the time.