What the FAA’s new drone rules mean for farmers 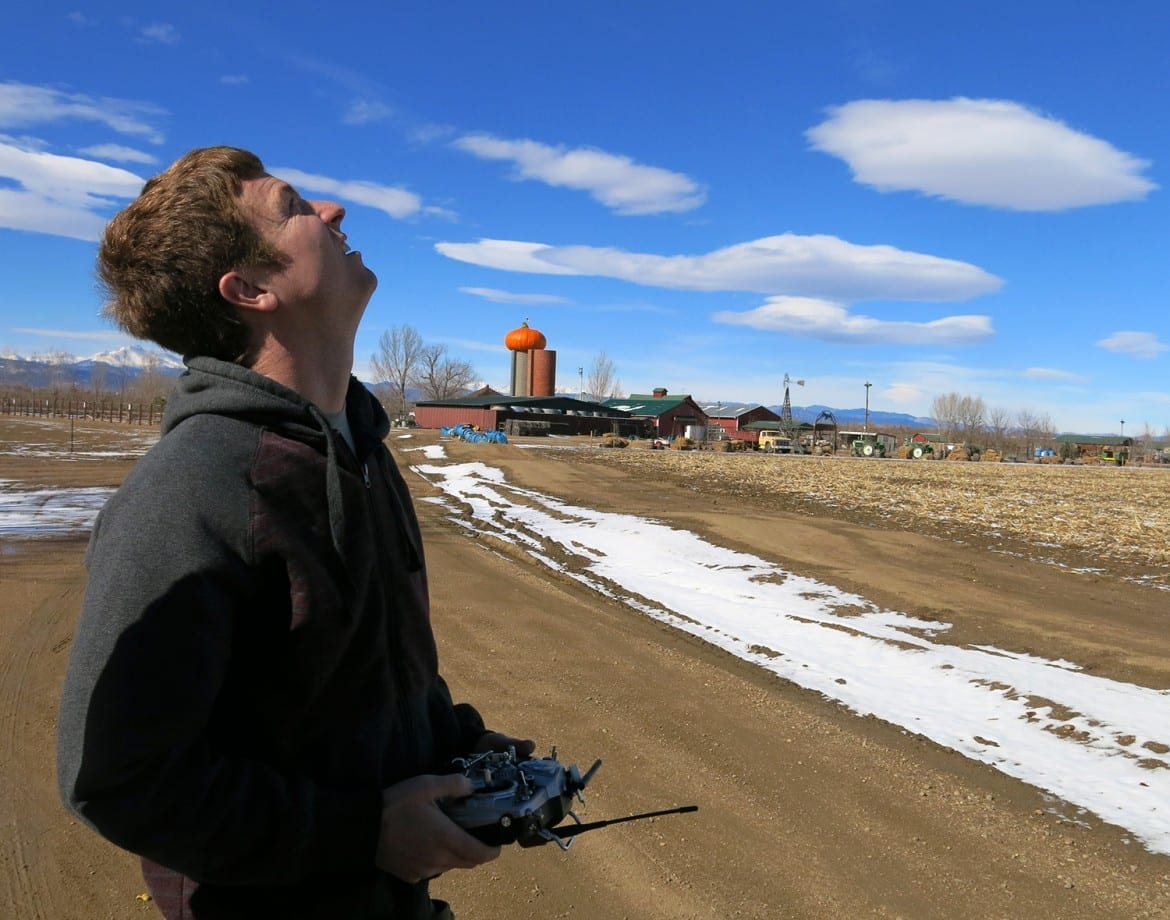 A highly anticipated batch of federal laws governing the use of drones could change the regulatory landscape and lead to an explosion in drone use by farmers.

The Federal Aviation Administration (FAA) recently proposed rules for commercial drone use, including use in agriculture. The rules, however, still must undergo public comment and revision, a process expected to take months.

Farmers see drones as a way to get a birds-eye view of their fields to find problem patches with crops. That information can allow farmers to be more precise with fertilizers and pesticides and, ultimately, save them money. But getting them in the sky without running afoul of federal regulation is proving to be a challenge.

Commercial use of drones is still widely banned in the U.S., though some companies have secured exemptions. Other farmers have gone rogue, flying drones over their property without all the proper permissions, daring federal regulators to put a stop to it. But the new federal rules, once approved, are expected to usher in a new era of farm machinery.

On a breezy morning in rural Weld County, Colo., Jimmy Underhill quickly assembles a black and orange drone with four spinning rotors. The machine sits on a dirt patch right next to a corn field, littered with stalks left over from last year’s harvest.

Underhill is a drone technician with Agribotix, a Boulder, Colo.-based drone start up that sees farmers as its most promising market. Underhill is in charge of training his fellow employees how to work the machine in the field. 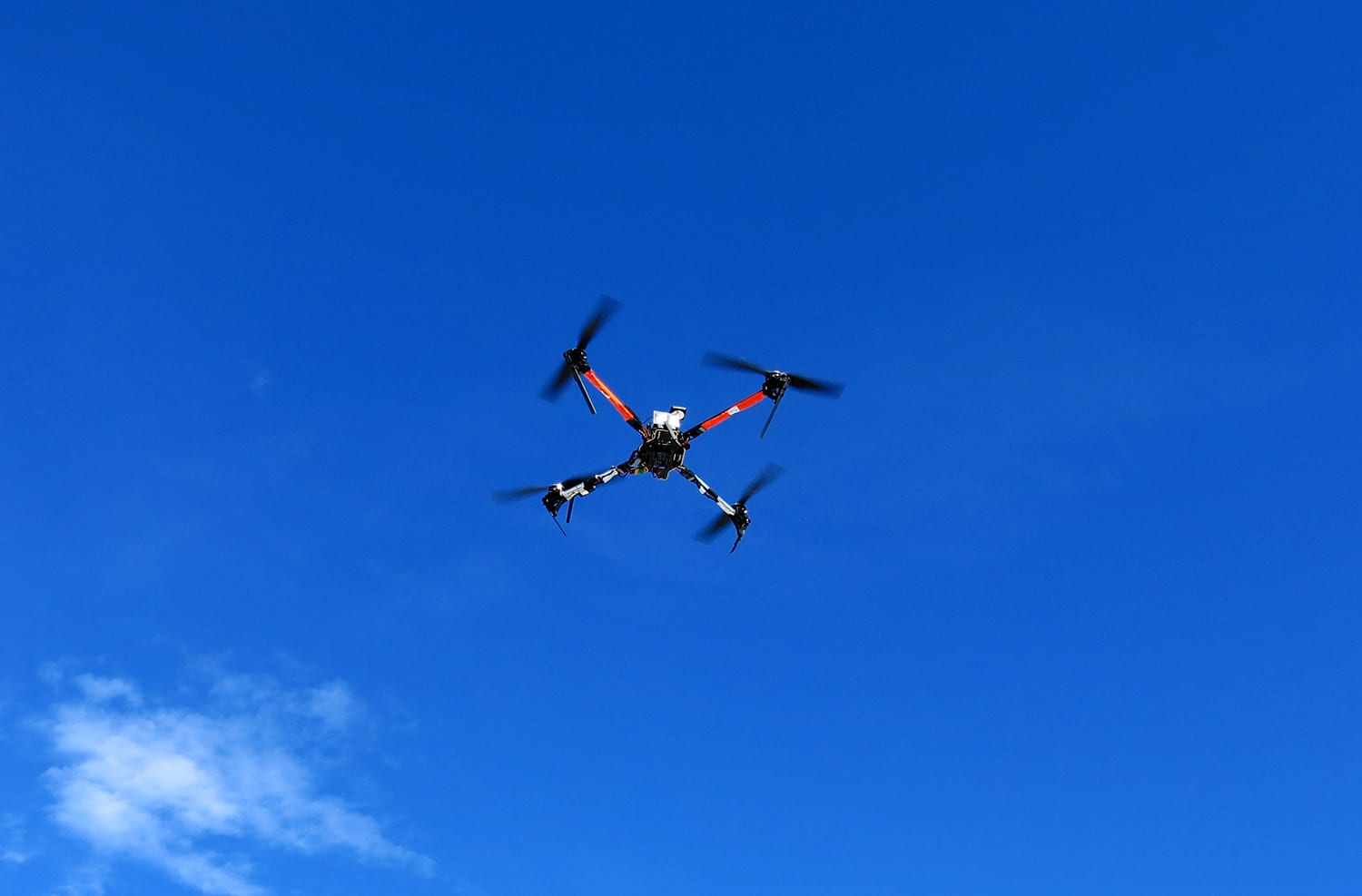 Punching a few buttons on a remote control with two joysticks, the machine whirs to life. The quadcopter, a toaster-sized machine with four rotors, zips 300 feet into the air directly above our heads, pauses for a moment and then begins to move.

“So it just turned to the east and it’s going to start its lawnmower pattern,” Underhill said.

What makes the drone valuable to farmers is the camera on board. It snaps a high-resolution photo every two seconds. From there, Agribotix stitches the images together, sniffing out problem spots in the process, using infrared technology to look at plant health. Farmers hope that more information about their fields can lead to big savings in their bottom lines. Knowing what’s happening in a field can save a farmer money.

“Sometimes the proposition is as simple as an aerial view can tell you what’s wrong with your machinery,” said Tom McKinnon, president of Agribotix president. Drone images from farms have been able to alert farmers when irrigation lines are clogged or inactive.

Agribotix is far from the only company in the fledgling farm drone market. Dozens of startups have sprung up across the country. At least four companies that specialize in precision agriculture have been given exemptions by the FAA. More are waiting for permission.

While drones are grabbing headlines for their use in overseas airstrikes, and for winding up on the White House lawn, the machines have made their way into the mainstream among farmers. At farm shows across the country, drones have become as ubiquitous as John Deere tractors.

The Colorado Farm Show earlier this year included an informational session, examining telling farmers both the technical and legal challenges ahead.

“I think it’s a very exciting time,” said farmer Darren Salvador. He grows 2,000 acres of wheat and corn near Haxtun, Colo., close to the Nebraska border.

Salvador says with eyes in the sky he can be more precise in how he applies chemicals to the land. If he sees a patch of land more in need of fertilizer he can target it. That could mean less chemical runoff into waterways.

“You can look at disease concern, insect concern, so now you can be more proactive and treat smaller areas and not treat the entire field,” Salvador said.

While some farmers see drones as a way to help their bottom line, others see them as a potential invasion of privacy. Animal rights activists have used the machines to fly over large-scale livestock operations to expose abuse or environmental damage.

Salvador and about 50 other farmers at the Colorado Farm Show got an earful from Rory Paul, CEO of Volt Aerial Robotics, a St. Louis-based drone start up. The current regulatory scheme has stifled innovation, Paul says, allowing drone companies in other countries to speed ahead and capture more of the market.

“We really don’t know what they’re good for. We’ve got a few ideas of where they could benefit agriculture, the majority of which are still theoretical,” Paul said.

Companies can apply for exemptions from the Federal Aviation Administration, but the requirements to get that exemption can be costly, like requiring drone operators to hold a pilot’s license.

“These small drones, that are almost priced to be expensive toys, are not reliable. And that’s the concern of the FAA,” said Eric Frew, director of the Research and Engineering Center for Unmanned Vehicles at the University of Colorado-Boulder.

The FAA didn’t respond to requests for comment for this story, but Frew says the agency is trying to find a balance. Putting a large flying machine in the hands of someone who’s inexperienced can cause big problems. Drones have had near misses with commercial airplanes.

When they don’t work the machines can end up crashing due to operator error, or weather conditions, or technical malfunction. In a rural corn field that’s not a big deal. But in a crowded city, it could be, Frew says.

“Pilots in piloted aircraft are inherently thinking through all these safety cases in a much deeper way than someone who’s on a computer, looking at a screen, sort of feels like they’re in a videogame,” Frew said.

The FAA’s rule-making process is slow and many farmers feel it has held them back from utilizing new technology. Back at the corn field in rural Colorado, Agribotix president Tom McKinnon watches as his company drone comes in for a landing after finishing its lawnmower pattern over the dormant corn field.

“We bash the FAA a lot,” said Agribotix’ Tom McKinnon. “I mean, the FAA’s job is air safety and. And they have delivered on that. But when it comes to drones they’re badly fumbling the ball,” McKinnon said.

McKinnon says until the agency gives more guidance to commercial drone operators, he’ll be doing most of his work in countries like Australia and Brazil where laws are friendlier to farm drones.

You may have heard this story on NPR today – you can check it out here. 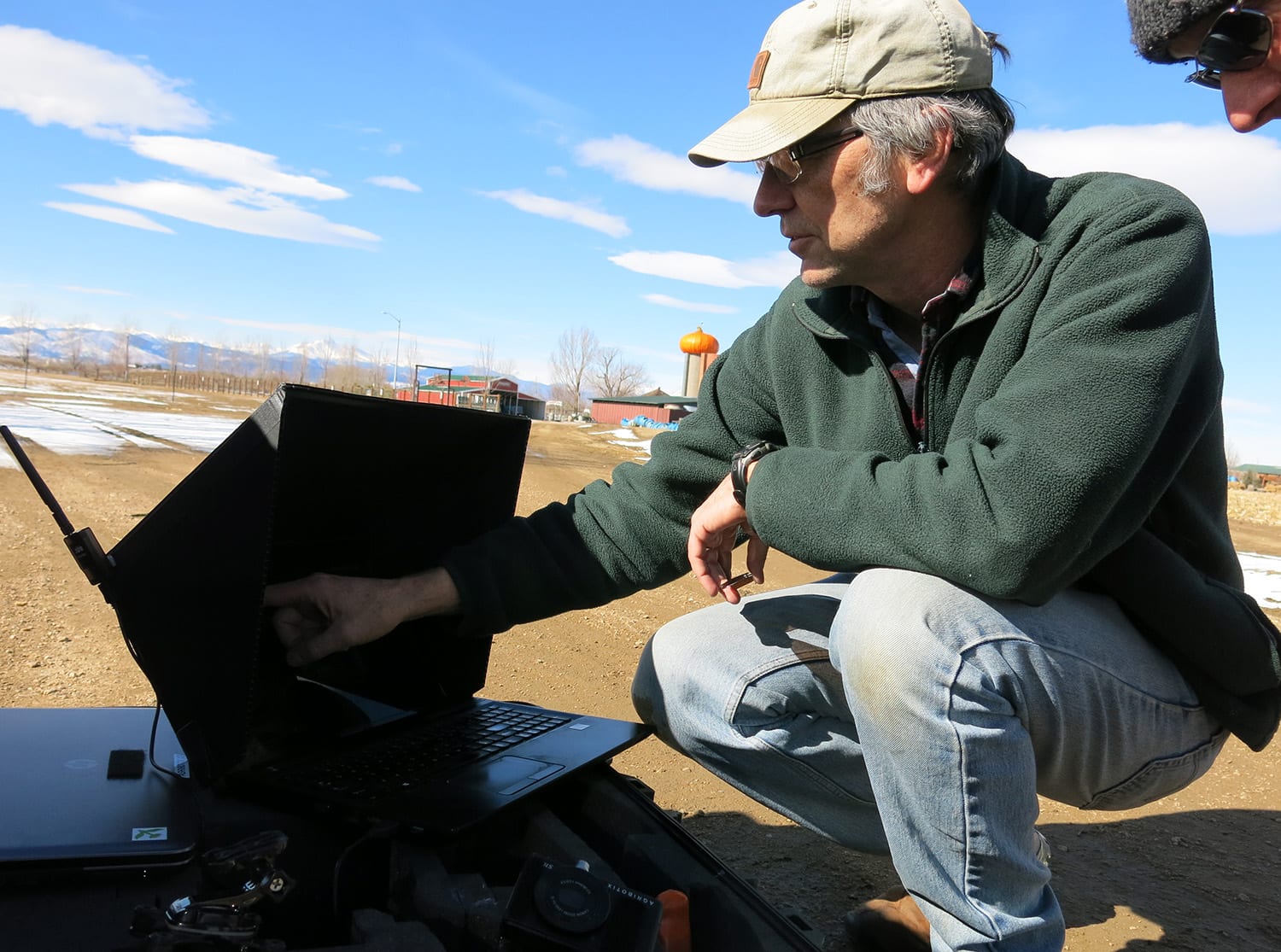