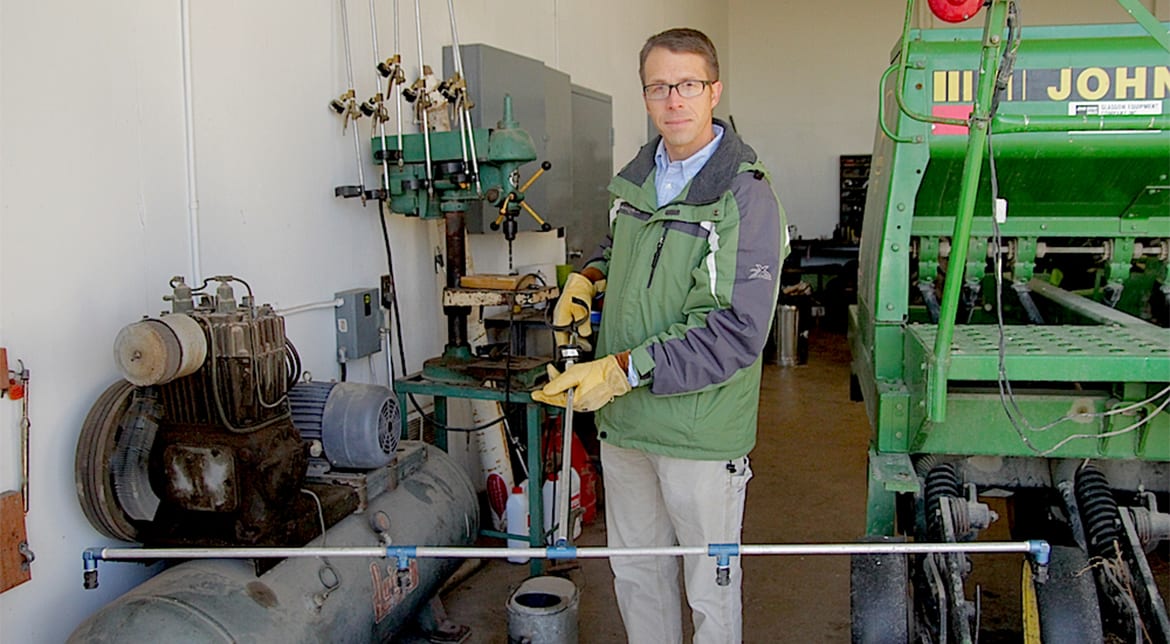 Farmers engaged in an epic struggle with “superweeds” – weeds that don’t die even when sprayed with herbicide – are looking for help from a new super chemical that’s about to hit the market.

Currently the last line of defense against weeds not felled by other herbicides, the new chemical could be defeated if it is overused and farmers could be left in even worse straits.

Herbicide-resistant Pigweeds are marching north into soybean and corn fields across the Midwest from the southern U.S. where they choked cotton fields so completely that the land cannot be farmed They can grow up to seven feet tall and produce more than half a million seeds per plant, per season.

Aaron Hager, associate professor of crop science at the University of Illinois, said the situation is dire.

But in the mid-90s, Monsanto created the Roundup Ready System in which farmers only had to apply one herbicide, twice a year. It was cheap, effective, and widely adopted.

The Environmental Protection Agency’s (EPA) most recent datashows that glyphosate, the active ingredient in Roundup, is the most commonly used herbicide. Farmers applied an estimated 180 to 185 million pounds of the chemical on their crops in the U.S. in 2007 (the most recent data), more than doubling the next herbicide in line.

Shortly after the product’s launch, farmers began noticing survivors. Because farmers killed off all of their competition, these herbicide-resistant weeds spread. Hager said they shouldn’t have come as a surprise.

“Resistant individuals are just naturally occurring,” he said. “Rare individuals that have something different.”

Resistant weeds aren’t a big problem until they spread – which happens when farmers apply the same chemical over and over again like they did with Roundup.

In October, the government approved an herbicide created by Dow AgroScience, one of Monsanto’s top competitors, called Enlist Duo.  The product is a mix of glyphosate and an herbicide called 2,4-D.

Farmers who switch from Roundup to Enlist will be nearly doubling the amount of chemicals they pour on their land, which should help kill resistant weeds.

But some environmental organizations, including the Environmental Working Group, are concerned about Enlist’s impact on the health of people and the environment, citing research that links 2,4-D to hypothyroidism, suppressed immune function, Parkinson’s disease, cancer, and other serious health issues. Nonetheless, the EPA said 2,4-D – the most widely used herbicide on the planet – is safe for both when used according to the label.

The government and industry hope Enlist will solve the problem of resistant weeds. But the new product gives Mark Bernards deja vu.

“My big concern with this product is that we’ve used other products in the past,” said Bernards, an assistant professor of agronomy, crop science, and weed control at Western Illinois University. “And because it’s good and it’s easy, we overuse it and that leads to problems.”

Bernards said for years farmers have been running on the “chemical treadmill,” hopscotching from chemical to chemical as weeds develop resistance. Now we’re at the point where farmers simply can’t do that.

“We’re right on the edge of the treadmill and there’s nothing beyond to tread on to that we can see clearly right now,” said Bernards. “So the concern is: do we get thrown off the chemical treadmill?”

Scientists have discovered populations of a kind of pigweed called water hemp, for example, that are resistant to six of the seven kinds of herbicides most commonly used to kill it. Only glufosinate, commercially sold as Liberty Link, still works. But even it loses effectiveness as the plant grows taller.

Facing the end of the chemical line, the EPA negotiated stricter guidelines with Dow to slow down the development of Enlist Duo-resistant weeds.

According to the terms, Dow is responsible for surveying land applied with the chemical to detect resistant weeds early. If they’re discovered, the company must remove them and file a report with the EPA.

In addition, the EPA’s approval of Enlist Duo will expire in six years so the agency can revisit the issue of resistance.

Jack Housenger, director of EPA’s Office of Pesticide Programs, said the EPA is not the only one giving farmers this message.

The U.S. Department of Agriculture (USDA), recognizing this problem can’t be sprayed away, announced its commitment this fall to educate farmers about how to manage weeds in a “more holistic and sustainable way.”

Other methods of weed control the USDA recommends to farmers include letting their fields go fallow, tilling, rotating crops, or hand-weeding.

Mark Bernards said it’s good the government is concerned. But he suspects farmers will need more than the knowledge of how to change to actually do it.

“To me the underlying issue is economic,” Bernards said. “Do there need to be incentives for farmers to adopt some of these things? Or do there need to be penalties in the existing programs that we have if they don’t?”

The USDA has no plans right now to penalize farmers for not adopting better weed management practices.

Sid Abel, USDA’s assistant administrator for biotechnology regulatory services, said the department is in the “talking phase” of offering farmers financial incentives, but does not currently have concrete plans.

The department doesn’t intend to allocate any new funding for the effort. The money will likely come from budgets that already exist within the USDA’s Natural Resource Conservation Service or will be rolled into crop insurance.

“We can reduce those premiums if we thought this was important enough to do to help offset some of the costs,” said Abel.

The costs could be significant. According to Bernards, farmers have paid as little as $3 an acre to spray generic versions of Roundup on their fields. Hand-weeding, by contrast, can cost them up to $150 per acre.