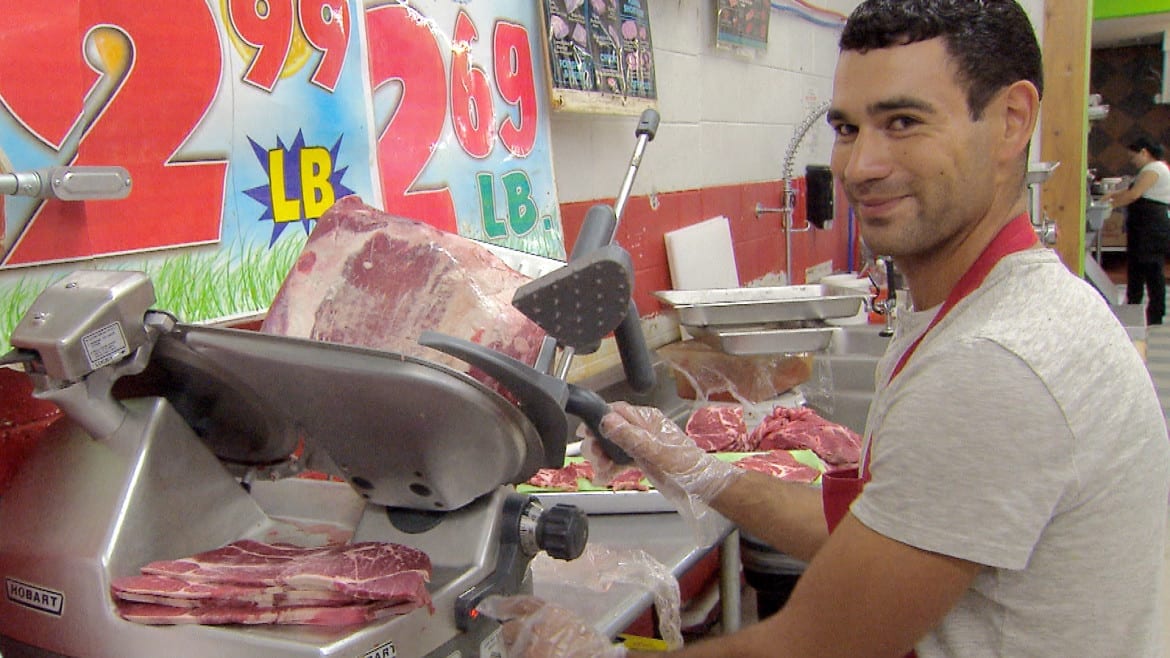 All week, Harvest Public Media’s series Choice Cuts: Meat In America is examining how the meat industry is changing the U.S. food system and the American diet. The documentary on the subject will air 7:30 pm this Thursday on KCPT.

Americans have a big appetite for everything meat. We smoke it, grill it, slice it, and chop it.

The typical American puts away around 200 pounds of beef, pork, and poultry every year . That’s true in many of the wealthiest countries. But developing countries are showing a growing appetite for meat.

“Globally there have been very strong increases in livestock product demand,” said Thomas Hertel, an agricultural economist at Purdue University. “Most of those increases have been in the poorest countries and the (most) populous countries of the world. China and India for example.”

Satisfying that demand sets up one of the biggest challenges for agriculture over the next few decades.

By 2050, there will be 9.6 billion people in the world, making for more potential meat eaters. On top of that, Hertel said, incomes are expected to rise in places like Southeast Asia and Sub-Saharan Africa.

The United Nations estimates the world will need to produce an additional 220 million tons of meat per year by 2050 (page 77). That’s billions more chickens, pigs, and cows. Those animals are mostly fattened up on corn and soybeans.

Farmers from the American Corn Belt to Argentina to Russia are planting massive crops and plowing up land to grow those ingredients for livestock feed, and they’re making big changes to the environment in the process.

Take China, where the growing middle class is hungry for meat, and livestock are hungry for corn and soybeans.

“The increased demand for livestock has been, even larger than population growth, the largest force in demand for food globally, and thus putting pressure on land resources,” said Ken Cassman, who studies global agriculture at the University of Nebraska-Lincoln.

From 2002 to 2011, the world plowed up another 25 million acres of land each year for farming – an area roughly the size of Indiana. Ken Cassman says scientists are in a race against time, to help farmers grow more grain so less land is put to the plow.

“If you can’t, production of meat and crops will come from converting natural habitats that store biodiversity and carbon,” Cassman said. “It will come at the expense of clearing those lands.”

Nebraska has the most irrigated farmland acres in the U.S. Most of those fields are growing corn and soybeans that will feed cattle and hogs. (Credit: NET Television)

To avoid that, Cassman said global yields per acre will need to double. No small task, but he says there are parts of the world with a big production gap. The farms have good soil and good weather but aren’t raising much.

However, that kind of intensive agriculture has its own problems. In the U.S. Corn Belt, for instance, many rivers and streams are contaminated with high levels of fertilizer runoff. Science must address that, Cassman said, because it’s no good to push farm productivity without regard to the environment.

But he said there is also a risk in shying away from industrial scale farming.

“Farming without fertilizers reduces nutrient runoff, but if everyone did that we’d have to cut the Amazon rainforest down,” Cassman said.

Of course, the world wouldn’t have to make so much meat if everyone ate less. In fact, meat-loving Americans have backed off a bit from beef as prices have gone up. But meat is a luxury few will be willing to give up, Hertel said.

“You could say the best way to manage carbon emissions is don’t drive cars anymore. Everyone walk to the office,” Hertel said. “Is that going to happen? No. And people aren’t going to stop eating beef.”

That leaves the meat industry with a lot of work to do to fill global demand. And in the meantime there are a lot of other issues to chew on, like health concerns over how much meat Americans eat and questions about how antibiotics are used.

By the time 2050 comes around the meat on your plate may not be that different, but the story of how it got there could be. 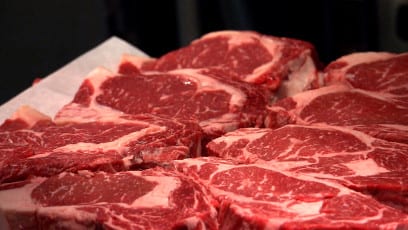 The global population is on the rise, and with it, the number of meat-eaters will be rising as well. How are producers going to keep up? What does it mean for towns that are centered in the heart of meat production?