To Bring Bison Back To The Plains, Ranchers Say We Must Eat Them 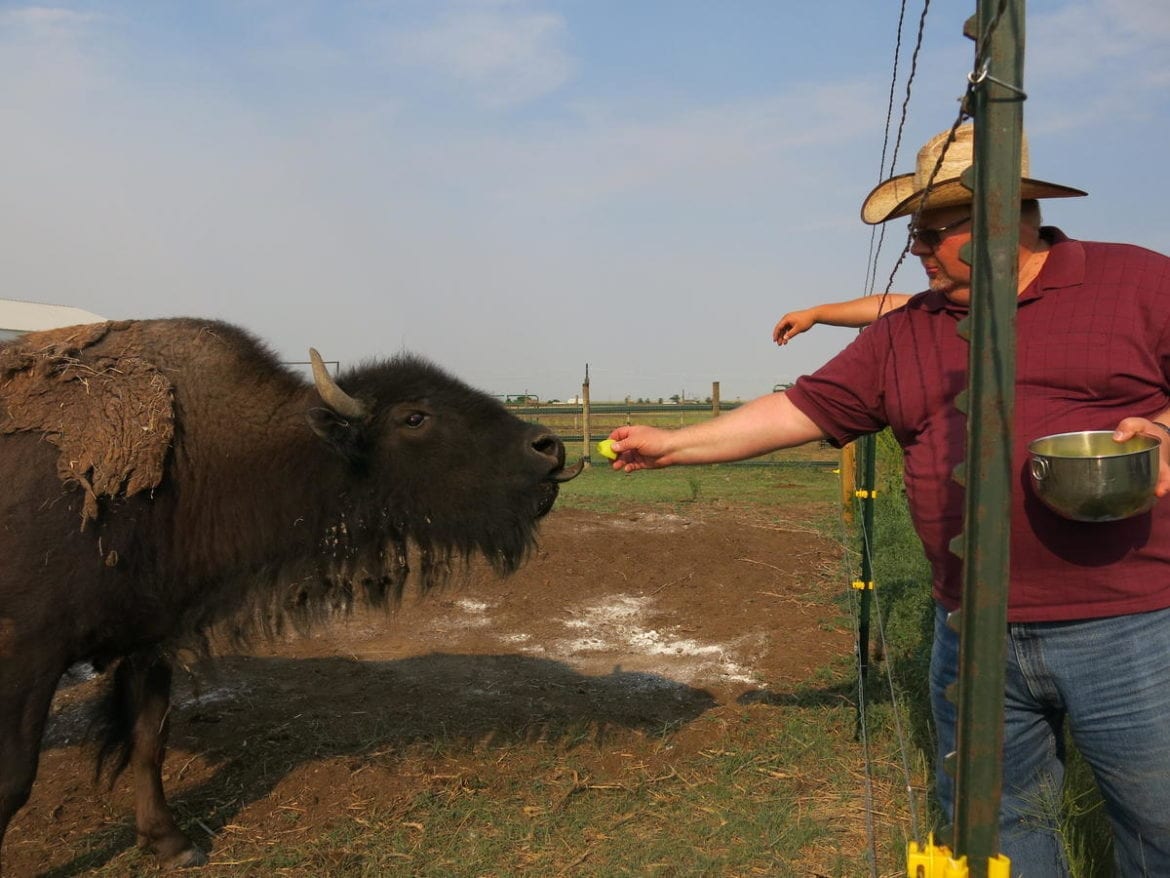 Massive bison herds used to be a staple of the Great Plains. That is until we almost hunted them out of existence.

Now, with a new designation as the United States’ national mammal, bison ranchers argue that to conserve the species we have to eat them.

It’s an idea called “market-based conservation,” and it contends that humans are no good at saving species out of the goodness of our hearts, or motivated by some driving force of environmental justice.

Instead, we create demand for an animal and then work hard to keep its population robust so we can gawk at it through binoculars, take pictures of it, or in the case of the American bison, eat it.

Greg Nott is an accidental bison rancher. He didn’t grow up on a farm. But in 2012, Greg’s wife Tami saw a herd of grazing bison on her way to Wyoming from their home in Longmont, Colorado. She knew then she wanted to raise them, leaving behind their bison-less life.

“How long did it take you to accept that we were going to do this?” Tami asks her husband with a laugh.

“I was pretty opposed to it at first because my background is in [information technology],” Greg says. 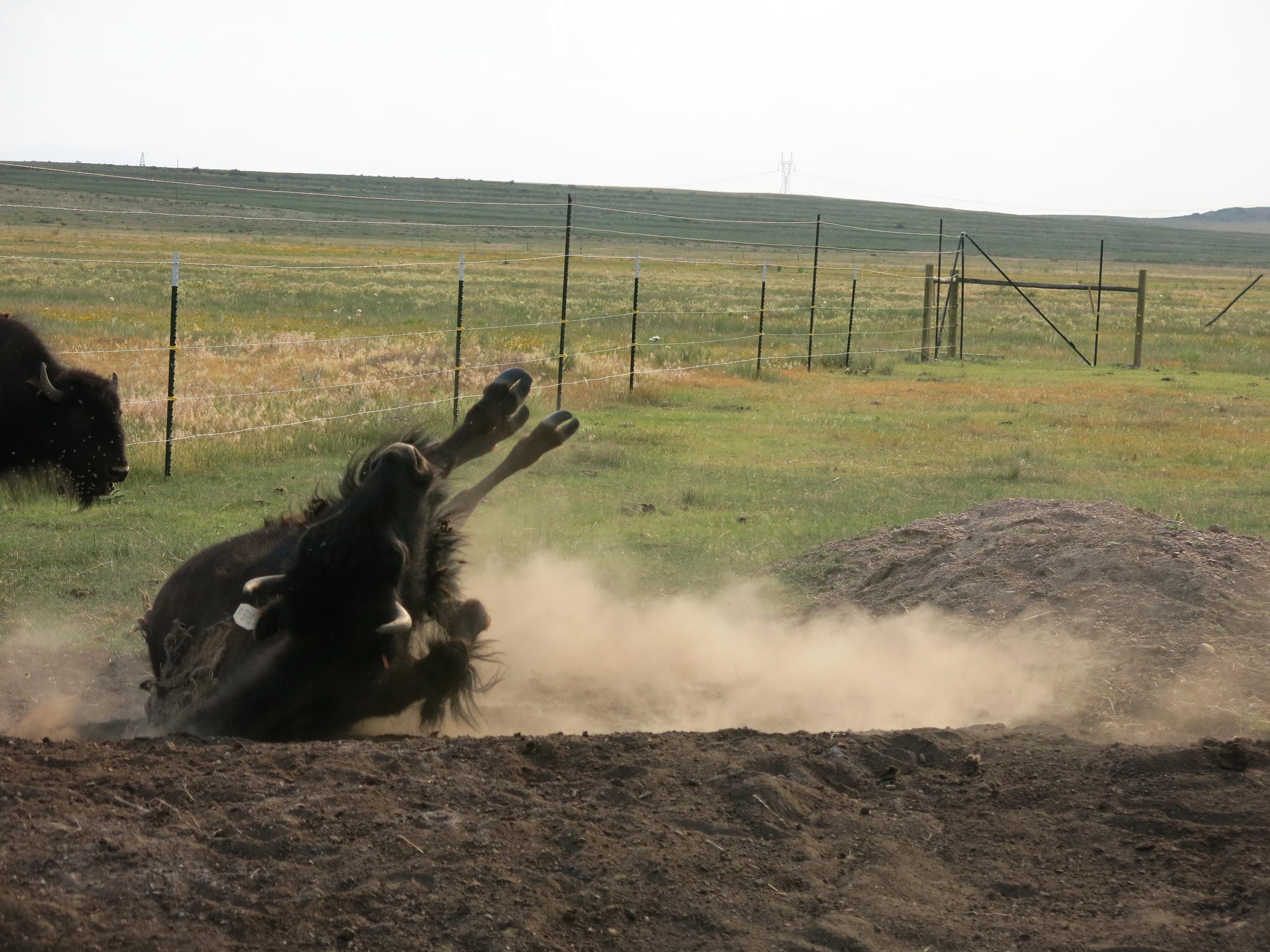 Over four years they took steps to pivot from computers to bison. Greg kept his job in database management in Fort Collins, and Tami still commutes a couple of times a week to Longmont doing finance for the couple’s church. In the off-hours they raise bison, selling meat at nearby farmers markets. The Notts raise their small herd on a wide, grassy piece of prairie a few miles south of the Colorado-Wyoming border near Carr, Colorado.

Their bison heifers are corralled behind a 6 foot tall barbed wire fence. In summer they lose their thick winter coats, looking slim and trim in their warm weather pelts. They take turns rolling around in the dirt, sending a small dust cloud into the sky.

Tami agrees, saying “you get your hand in the wrong place, you get a horn.”

What the animals lack in calmness and domesticity, they make up for in the price of their meat. No longer relegated to novelty status, bison is in demand at restaurants and grocery stores. The National Bison Association reports sales in retail and restaurants have grown by more than 22 percent over the past two years, topping $340 million.

Yet the Notts say they didn’t just get into the business to make a buck. Part of their desire is to get the animals back on the land they historically roamed.

“In order to save this animal, we’re going to have to eat them,” Greg says.

That’s a sentiment Dave Carter shares. He’s the director of the National Bison Association, based in Westminster, Colorado.

The idea got a boost recently in the form of congressional action. In a rare lightning strike of cohesion, Congress named the animal America’s national mammal.

“I think the goal of this is to put bison on a stage to allow all of us that are connected with this animal to tell the story of bison,” Carter says.

The coalition that pushed for that designation included everyone from Native American groups to wildlife advocates to university foundations. Even the Boy Scouts jumped on board. Another flank of the coalition is made up of businesspeople, from small-time ranch associations to Ted Turner, America’s most prolific bison rancher. They say by convincing consumers to buy and eat bison, it creates demand. More ranchers raising them means more animals out on the plains.

Conservation through commerce is not an idea without its critics, though. Taken to its logical conclusions, it’s the same concept that drives most big game trophy hunting. Hunters pay big bucks to take out a rhino, hippo, tiger and in theory that money then goes to save even more of them. Picked up by a media outlet or internet influencer, those stories invariably go viral leading to weeks of online outrage. Google Cecil the Lion if you need to see more.

Even the National Bison Association recognizes the oddity of asking consumers to grill our national mammal.

“Some people will say, ‘Well gosh, if this is our national mammal and such an icon, why are we eating it?’” Carter says, noting that as long as the industry is profitable more ranchers will join the fray, keeping the mammal on its historical range.

Plus, it’s a prey animal, not like the lions of Africa or the bald eagle Americans so revere.

Bison ranching as a practice isn’t new in the U.S., but those in the industry want to latch onto this moment in the spotlight thanks to the national designation. The early 2000s brought a lull to the bison market. Some call it a “bison bubble,” where ranchers were more focused on breeding and selling the live animals to other aspiring ranchers, rather than investing in infrastructure to process and market their hides and meat. 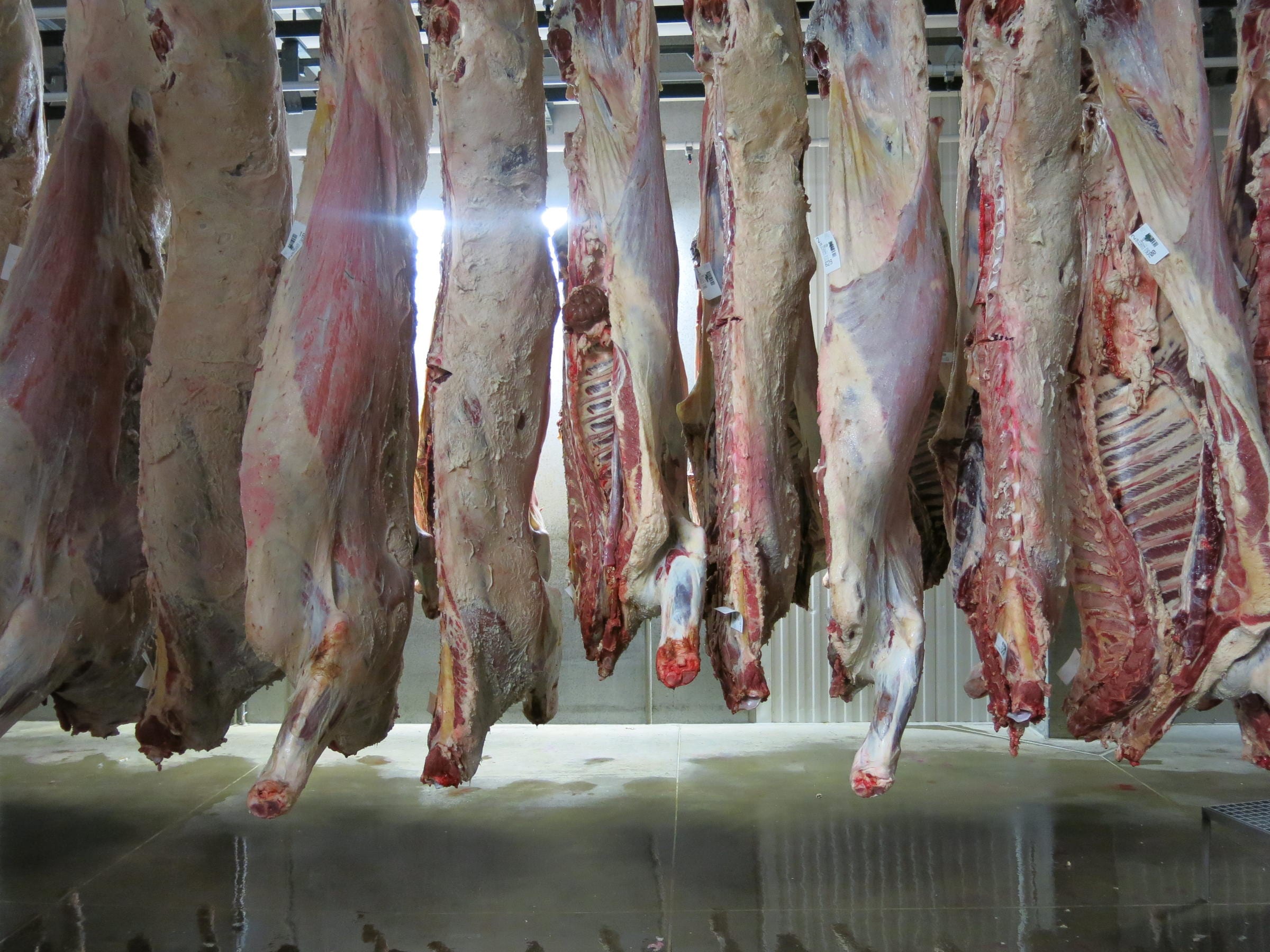 Since that bubble burst, Bob Dineen’s built his bison slaughter facility in Brush, Colorado. Inside, bison carcasses move along a chain, hung upside down by their legs. Workers use sharp knives to trim up the carcasses, carefully peeling off their hides. Another employee pushes a wheelbarrow past full of freshly-skinned bison heads, eyes intact.

“The young bulls that are our prime product weigh somewhere around 1100 pounds live,” Dineen says while weaving through hanging carcasses.

Rocky Mountain Natural Meats kills and butchers upward of 200 animals a day. Meatpackers who process beef cattle do in one day what the entire bison industry does in a year, all to satiate consumers’ hunger for mass-produced beef.

The bison meat from this facility supplies restaurants owned by Ted Turner, and large retailers like Whole Foods and Costco. Their hides are shipped off to be tanned, and organs are boxed up to be processed for pet food, a burgeoning market for bison producers. In a chilled prep room, a table is packed with boxes half-filled with livers the size of a head pillow.

“These would be individually wrapped tongues,” Dineen says. “And those are testicles or Rocky Mountain Oysters. And there’s a good market for those.”

No matter how high demand climbs, bison will always remain a niche product, Dineen says. He’s not interested in competing with beef, even though the practices used in raising bison, like keeping the animals on grass longer, could be used in contrast with much of modern beef production. Rather than convert beef eaters to bison, Dineen’s motto is: “eat beef six days a week and bison on the seventh.”

What will keep the bison industry stronger, he says, is more focus from processors to boost the ranchers who sell to them.

“It’s very important that producers are able to be profitable raising bison. That’s our focus is to try to push that profitability back to the rancher,” Dineen says.

Because that kind of market-based conservation, Dineen argues, is an effective way to put more of the national mammal back on the land.

The Return of the American Bison