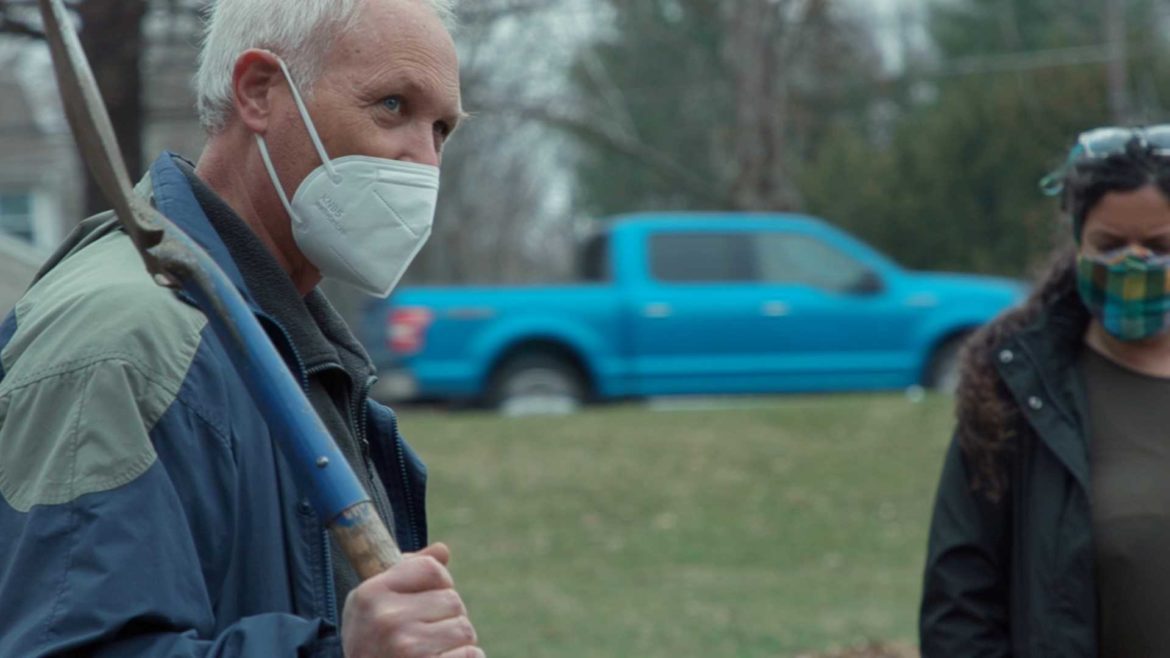 After 30 years consulting for some of the largest companies in the world, Rob Reiman now spends days getting his hands dirty.

Reiman is the CEO of The Giving Grove, a Kansas City nonprofit organization that is empowering urban communities to plant orchards in their neighborhood.

“There isn’t a neighborhood in Kansas City where there isn’t some amount of stress over having good healthy food to eat on a regular basis,” Reiman said. “It’s everywhere.”

According to a 2017 study by the Health Care Foundation of Greater Kansas City, now known as the Health Forward Foundation, 143,466 households (about 13%) in the Kansas City area don’t know where their next meal is coming from.

Food insecurity is more than just being hungry. It’s a lack of access to enough nutritious food, and it can cause myriad issues from malnutrition to cognitive problems.

“There are so many families who are trying to figure out whether to spend that last dollar on medical bills, utility bills, or on food,” Reiman said.

Founders of The Giving Grove set out nearly a decade ago to address food insecurity in Kansas City. After handing out healthy food to kids for a while, they realized that they weren’t creating lasting change.

According to The Giving Grove’s website, each 15-tree orchard produces 12,000 servings of fruit each year for food insecure neighborhoods.

Reiman describes the role of the nonprofit as a “coach” to the real stars of the show – the members of the neighborhood that the orchards serve. The Giving Grove provides the resources and agricultural knowledge, and the community members band together to manage the orchards and food distribution in harvest season.

“The training they provide is so good,” said Tom Simpson. “They way they answer questions is so responsive. It’s hard not to really like these folks.”

Simpson is an “orchard steward,” meaning that he is responsible for its year-round upkeep. When he signed on, Simpson didn’t know much about agriculture, but he said that The Giving Grove gave him everything he needed.

The sustainable food security provided by the orchards is valuable, but Reiman said that he more often hears people talk about the sense of community. The shared ownership of the orchards makes them a natural gathering point.

“It’s about local communities doing good things for each other,” Simpson said.

Thus far The Giving Grove has planted 200 orchards in Kansas City, and it’s expanding not just here, but across the country. The Giving Grove currently has affiliates in St. Louis, Cincinnati, Louisville and Memphis, with plans to keep expanding.

This week, The Giving Grove hosted a conference for partner organizations from other cities to demonstrate how they successfully plant and manage community orchards.

Watch the attached video to learn more about how The Giving Grove is expanding and creating sustainable change.