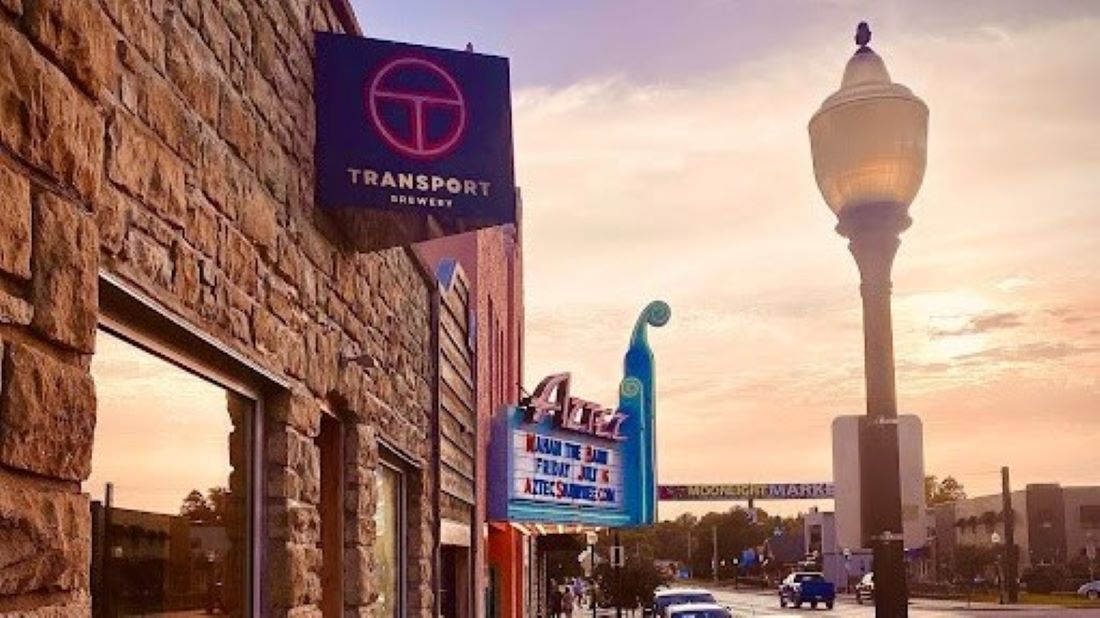 Transport Brewery is preparing a four-day celebration to mark its fourth anniversary of brewing in Shawnee.

The brewery plans to roll out at least two new releases daily between Thursday, Feb. 2, and Sunday, Feb. 5. Those releases will range from cask and barrel aged beers to new riffs on core recipes.

Those beer releases include:

The food truck lineup includes Tacos Ta Go on Thursday, 451 Pizza on Friday, Smoke N Seoul on Saturday and Bay Boy Sandwiches on Sunday. There’s a bring your own stein, mug or boot night on Thursday and a brunch-themed event on Sunday, including bloody marys and mimosas.

To mark its anniversary, Transport is rolling out a new line of merchandise and glassware. The brewery, which has been working on a new location in Gardner, also is teasing a big announcement on Saturday.

Congratulations to Transport on four years. We look forward to many more and hearing what the exciting announcement is all about!

Sandhills Brewing — 5612 Johnson Drive, Mission, Kansas — released a classically brewed amber Czech-style lager. Coming in at 6% ABV, the lager was brewed with all European ingredients. It uses European malts along with Czech Saaz hops before being fermented with a lager yeast strain. The result is a dark amber beer that’s crisp, bready and smooth.

Fields & Ivy Brewery — 706 E. 23rd St., Lawrence, Kansas — is rocking a brand new beer on their nitro line. They’ve released an English nitro stout called A Glorious Twelfth. Despite its dark appearance, the beer is light and flavorful with notes of roasted barley and caramel. It’s only 5% ABV so drink up!

3 Trails Brewing Co. — 111 N. Main St., Independence, Missouri — has a new beer for the new year. Crimson & Cerise is a wood-aged sour that’s a blend of beers that have been aging anywhere from one to two and a half years. As the name suggests, the 6% ABV ale pours a beautiful red hue and features flavors of cherry. While it’s not overly sour, you’ll get more acidity and funk from this beer than you would a normal kettle sour.

East Forty Brewing — 1201 W. Main St., Blue Springs, Missouri — is transporting you to a quaint pub in England with its latest release. Good Bloke is an English pub ale. Meant to be a day drinker, the beer is only 3.5% ABV. It’s got a light body with a malty backbone. The hops help provide tea-like characteristics to this brew.

Double Shift Brewing — 412 E. 18th St., Kansas City, Missouri — and Pathlight Brewing teamed up to create a brew straight out of Middle Earth for all the “Lord of the Rings” fans out there. Lembas is a 5.5% ABV New Zealand-style pilsner hopped exclusively with Motueka. You’ll get flavors and aromas of lemon and lime along with a spicy herbal quality from the hops. The beer finishes clean and crisp leaving you wanting another sip.

Alma Mader Brewery — 2635 Southwest Blvd., Kansas City, Missouri — took a little break from new releases over the holidays, but is back in full force. This week they released Southbound, a 5.8% ABV juicy pale ale chock full of New Zealand hops. The beer was hopped with Nelson Sauvin, Rakau, Motueka, Citra and Mosaic. You’ll get plenty of delicious flavors such as marionberry, mango and lemon-lime.

Strange Days Brewing — 316 Oak St., Kansas City, Missouri — just released its second new beer of 2023. The Shape of Shapes to Come is a 6.4% ABV hazy IPA. This IPA was hopped with Citra, Sequoia, Idaho 7 and Chinook. As expected, this beer is plenty juicy but also has notes of pine.

BKS Artisan Ales — 633 E. 63rd St., Kansas City, Missouri — has quite a few beers for you to pick from this week. The newest beer is the latest version of their Holstein Milk Stout. This variant, known as Holstein Milk Stout 5 Vanillas, was conditioned on vanilla beans from five different countries — Uganda, Tahiti, Madagascar, Indonesia and Papua New Guinea. This 6% ABV stout is decadent with flavors of marshmallow, milk chocolate and caramel. While you’re there you can pick up some fan favorites such as Double Double (Red Label) double IPA, Space Nelson hazy IPA, and Meyer Kolsch.

Crane Brewing Co. — 6515 Railroad St., Raytown, Missouri — is kicking off its 2023 Crane Live Music Series. Their first musical act will be none other than Kemet Coleman (yes, that Kemet Coleman of Vine Street Brewing) and Kadesh Flow of the group Brass & Boujee. While the show is free, seating is limited so be sure to get there early. You’re welcome to bring in your own food to enjoy during the show.

The Goat Brewing Co. — 817 N.E. Rice Road, Lee’s Summit, Missouri — will be throwing a release party for their new Cherry Berry. While The Goat is known for their beers, this release is actually a mead. The recipe comes from Benjamin Daniels, who won a competition to have the mead scaled up at The Goat. Cherry Berry features flavors of tart cherry along with some sweetness from the berries and honey.

KC Bier Co. — 310 W. 79th St., Kansas City, Missouri — will be featuring live polka in the biergarten. Bram Wijnands will be playing authentic polka tunes and German drinking songs. Order a Bavarian pretzel or one of the sausages to pair with your beer and music for an even more authentic German experience. Music will move indoors in the event of inclement weather.

ExBEERiment — 925 E. Lincoln Lane, Gardner, Kansas — wants you to put your music knowledge to the test. The brewery will be hosting a free bingo event featuring popular tunes from the 2000s. The bingo game will have two rounds and all ages are welcome to join in.