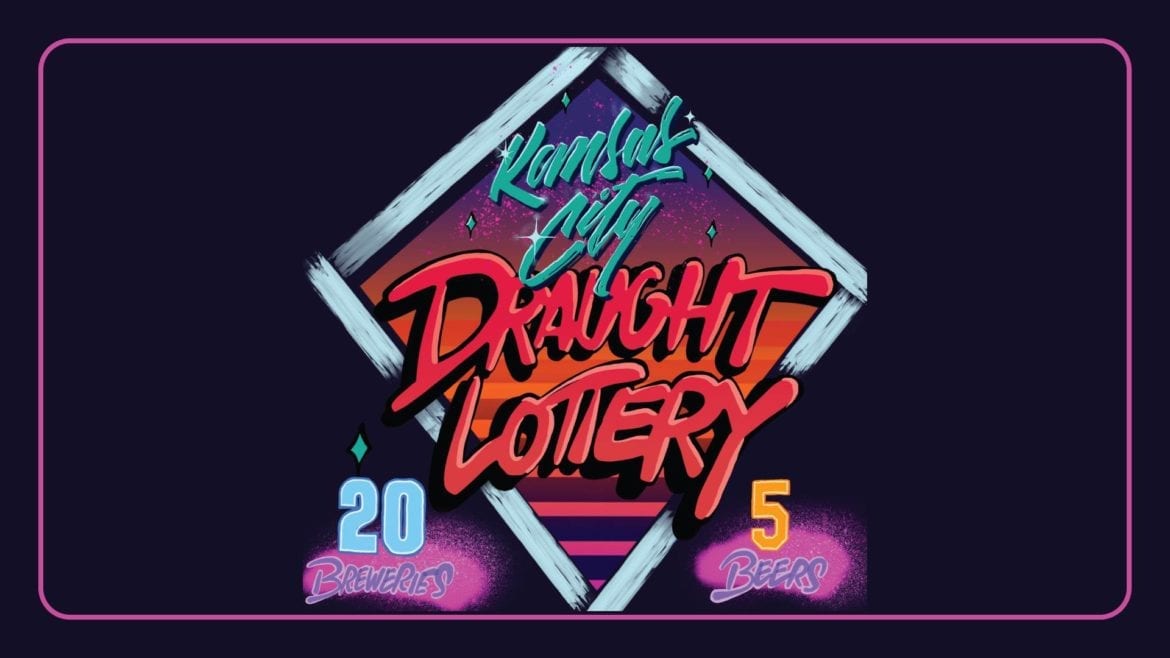 The mother of all collaborations is set to begin this Thursday with The Draught Lottery. The brainchild of Double Shift Brewing Co. and iTap Crossroads will see 20 local breweries creating five distinct beers that will drop on August 24.

The draft is at 6 p.m. at iTap and that’s where teams of breweries will be picked to create a beer at one of five host breweries (Cinder Block Brewery, Double Shift, Martin City Brewing Co., Stockyards Brewing Co. and Torn Label Brewing Co.).

Each team will consist of representatives from four local breweries. The only rule is that the beer may not be a lager, wild ale or barrel-aged. The five special releases are expected to be on tap at the home breweries, as well at bars and restaurants around Kansas City.

Servaes Brewing Co. can now add a scoop of gelato to your beer or soda. The Shawnee brewery has partnered with neighboring Aunt Jean’s to let you turn your drink into a float.

Casual Animal Brewing Co. has Vipers in the Garden (6% ABV) on tap. The semi-sweet, hard cider is made for summer.

Brewery Emperial’s Berliner Weisse (3.3% ABV) is back. Doctor it up with house strawberry syrup.

KC Bier Co. releases Heller Bock, a double-strength iteration of its Helles that clocks in at 10% ABV, at 2 p.m. It will be in six-packs and on draft at the bierhalle.

Learn how to arrange flowers and drink beer. Brews & Blooms ($50) is a class from 6 to 8 p.m. on flower arranging from Garden Gate and City Barrel. Your ticket includes a beer, snacks and an arrangement to take home.

Get up close and personal with the moon at 7 p.m. Grinders Pizza and the Kansas City Astronomical Society are setting up telescopes on the patio and Schlafly’s Lunar Lager is the special beer of the evening.

Great beer can often be found, with a bit of digging, in the days leading up to a beer festival. Allow me to point you in the right direction. Boulevard and Oxbow Brewing Co. (out of Maine) are hosting a tasting party ($35) from 6 to 7 p.m. Get snacks at the Tours & Rec Center and a flight of six beers, three from each brewery.

After that, head over to the Flying Saucer Draught Emporium, where 10 Modern Times brews will be on tap at 7:30 p.m. The San Diego brewery is bringing Critical Band, Fruitlands and Ice.

It’s the first night of Boulevardia (the second is Saturday). The beer, food and music festival (Young the Giant is the headliner Friday) is in the West Bottoms. Boulevardia is from 4 to 11 p.m. Friday and 11 a.m. to 11 p.m. Saturday. General admission tickets are $30 in advance, $35 at the gate.

The Brewkery wants to teach you how to make kombucha. The North Kansas City, Missouri, kombucha taproom is hosting a how-to class ($20) on homebrewing from 9 to 10:30 a.m.

East Forty Brewing Co. is hosting Broga, an introductory men’s yoga class with Trinity Wellness from 11 a.m. to 1 p.m. Tickets ($22) are for the class and a flight of craft beer. At noon, East Forty will release A.M. Grind, a collaboration brew (an imperial red ale) with Messenger Coffee, that it is pairing with an Ibis Bakery goat cheese bear claw.

Limitless Brewing Co. is hosting Donuts with Dad. The Lenexa brewery is partnering with Marrio’s Donuts to offer donut and beer pairings from noon to 3 p.m.

Up-Down Kansas City is tapping a vertical (three different years of the same beer) of Founders Kentucky Breakfast Stout from 6 to 10 p.m. Try the 2017, 2018 and 2019 editions of the bourbon barrel-aged imperial stout.