Tap List | The Clash of Smoked Meat and Beer

Beer and BBQ Go Together Like Peas and Carrots

Human beings are project-oriented by design. This is especially true during a pandemic.

Case in point. I have spent the last month or so trying to master smoked brisket. Roughly three-quarters of the experience has been gratifying.

I load up the smoker, gently lay down the brisket, crack open a beer and wait. Waiting is the hardest part.

Just when I feel like giving up, I remind myself of the beauty, the magnificence, the succulence of the clash of beer and smoke. I bask in the potential glory.

Hours go by and boom! It’s time to take the brisket out, but I’ll let it rest for a little while longer, long enough to drink another beer — maybe two.

And now for the moment of truth.

Well, at least three-quarters of the experience was nice.

At some point, I’ll need some barbecue and beer inspiration — and what better place to go than 3Halves Brewing Co. — 110 E. Kansas St., Liberty, Missouri. 3Halves collaborated with Jousting Pigs BBQ to release HoneyChrome, a honey ale made with dry rubbed and smoked pineapple clocking in at a crushable 6% ABV. Pineapples were smoked brisket-style, glazed with honey and brown sugar and brewed with their Honey Ale. This is the perfect beer to pair with some delicious barbecue from Jousting Pigs BBQ, the perfect beer for barbecue and beer inspiration. 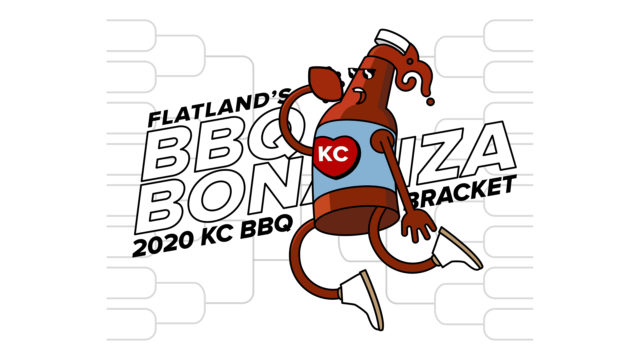 Alma Mader Brewing — 2635 Southwest Blvd., Kansas City, Missouri — released Phyllharmonic, a fresh hop IPA clocking in at 6.5% ABV, brewed with Kansas grown Kanook and Comet hops. This beer, which boasts of berries and lemon peel, is available in four-packs for $22!

Calibration Brewery — 119 Armour Road, North Kansas City, Missouri  — released Some Kind Of Wonderful, a hefeweizen clocking in at a crushable 5.35% ABV and 5 IBU.

Lost Evenings Brewing Co. — 8625 Hauser Court, Lenexa, Kansas — is releasing two beers this week. People’s Champ (5.7% ABV), a red IPA which releases this Thursday, is made with Summit and Centennial hops. A couple weeks ago, Lost Evenings asked for community input for their latest beer. Crowd Surfer, which releases this Friday, is a community-made British ale that boasts of biscuit and chocolate.

Celebrate Oktoberfest at Transport Brewery — 11113 Johnson Drive, Shawnee, Kansas — this Friday from 4 p.m. to midnight! Transport will be releasing its Festbier as well as a four-cask variety beer engine handcrafted by Sean Greenwood! There will be German food and plenty of beer!

Apex Aleworks — 4356 S. Noland Road, Independence, Missouri — is hosting live music featuring Acoustica, which will play some of your favorite hits from the 1970s from 7 – 10 p.m. Saturday.

Do you like beer and cookies? You do? Great! Head over to Outfield Beer Company — 10953 Kaw Drive, Edwardsville, Kansas — this Sunday at 3:30 p.m. for a socially distanced cookie decorating class. Just $25 gets you four cookies and a  flight of five beers! Send them a DM to reserve your spot!