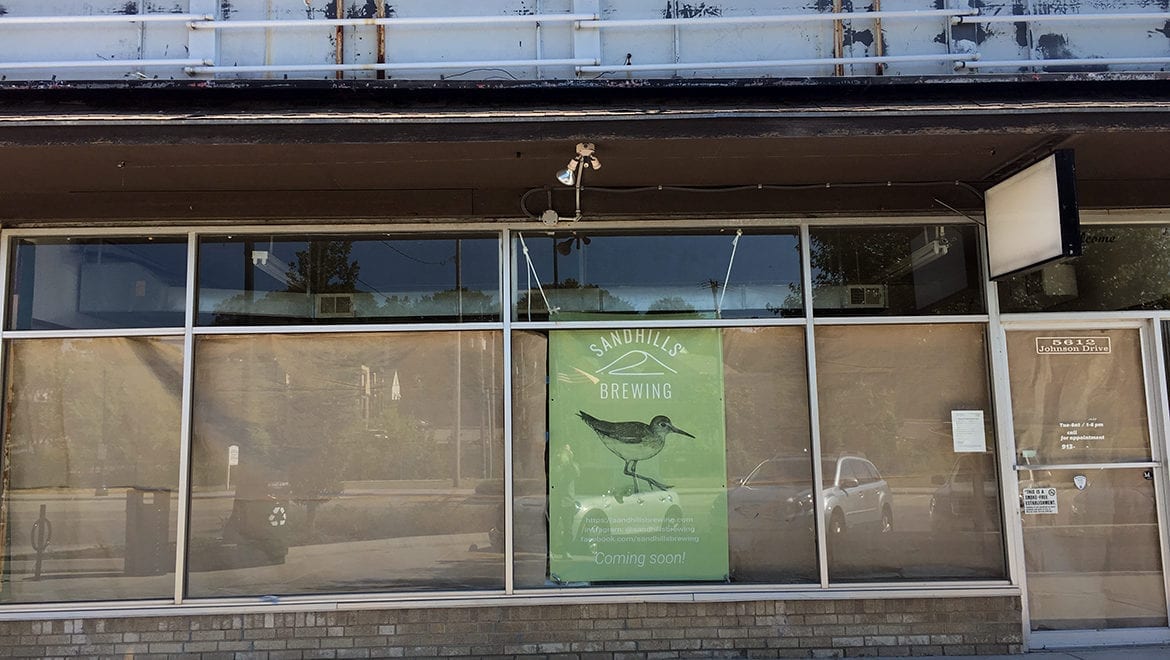 Sandhills Brewing Company has a nanobrewery and taproom in the works in Mission, Kansas. (Jonathan Bender | Flatland)
Share this story

Just four months after its first canned beer release, Sandhills Brewing has announced plans for a satellite location. The microbrewery in Hutchinson, Kansas, intends to open a nanobrewery and taproom at 5612 Johnson Drive in Mission, Kansas, in early 2019.

Sandhills is a collaborative effort from brothers Jonathan and Charles Williamson. The brewery, which is only open Wednesdays through Saturdays, has been on the radar of Kansas City drinkers because it began offering growlers and four-packs of 16-ounce cans by reservation online.

Sandhills launched with three brews: Chickadee (Berliner weiss), Sparrow (dark mild) and Barred Owl (Scottish export). In the past few months, they’ve added Wren and Junco (a pair of New England-style IPAs) to its year-round lineup, as well as a few barrel-aged releases, including a tart tequila gose and Chickadee with peaches. Sandhills is focused on its barrel-aging program with a host of beers, like Red Tail (a Flanders-style red ale) aging in oak barrels. 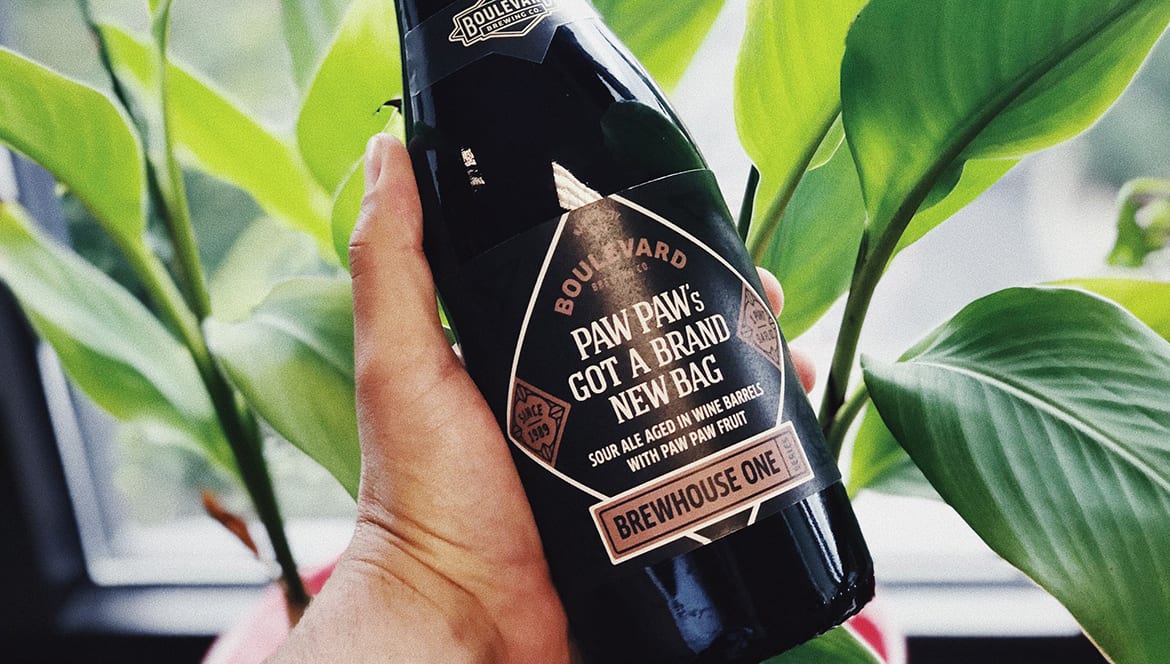 The prairie banana is going center stage at Boulevard Brewing Company. Paw Paw’s Got a Brand New Bag — a sour wheat wine that’s been aged in wine barrels with pawpaws — is the latest Brewhouse One Series release. The release party ($40) from 6:30 to 8:30 p.m. on Thursday, July 20 at the Boulevard Tours and Rec Center is sold out, but tickets sometimes find their way online, so check Twitter and Facebook. The party includes pours of the beer, as well as pawpaw ice cream sandwiches. Paw Paw’s Got a Brand New Bag will go on sale to the public in 750 ml bottles at 10 a.m. on Sunday, July 22 in Boulevard’s gift shop.

Boulevard also dropped a pair of beers yesterday. Berliner Weiss will be on draft and in cans, and Boulevard is also releasing Changeling, a dark sour ale aged in whiskey and wine barrels. 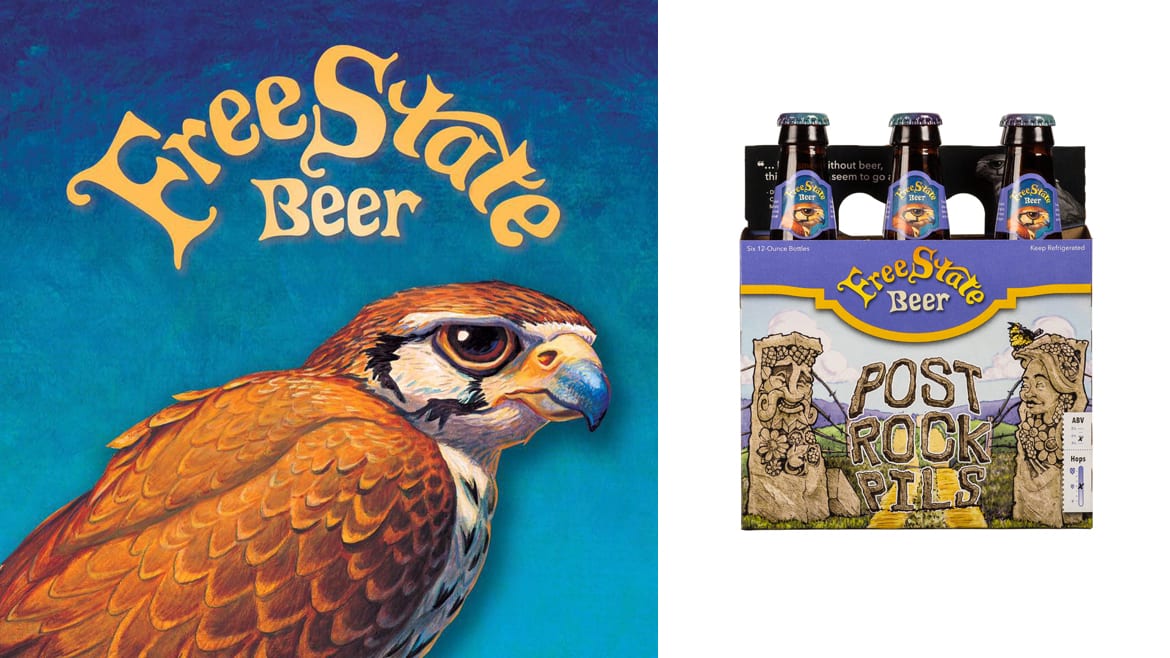 East Forty Brewing (1201 W. Main St., Blue Springs, Missouri), which opened last month, has Aroma Therapy, an extra pale ale, on tap. They’ve also been releasing a whole series of wheat variants: a blackberry and a mango with habanero, among them.

Get your Tiki fix at Cinder Block Brewery (110 E. 18th Ave., North Kansas City, Missouri), which brewed a collaboration beer with author Pete Dulin. Coconut Hefeweizen will be tapped at 4 p.m. as part of a Tiki party that will go until 9 p.m. Dulin will be on hand signing copies of “Expedition of Thirst,” there will be a Thai buffet with wings and rice bowls, and a coconut rum cocktail in Tiki mugs.

Calibration Brewery (119 Armour Road, North Kansas City, Missouri) offers a brewery tour ($15) at 3 p.m. See how the beer is made, and then enjoy two pints in the taproom.

Colony KC (312 Armour Road, North Kansas City, Missouri) is now open on Sundays from 11 a.m. to 5 p.m. Right now, they’ve got a jalapeño watermelon hefeweizen (The Muse) and Hey! Arnold, a sour with lactose and lemonade on tap.

Two words: beer floats. Bier Station (120 E. Gregory Blvd.) is hosting a Sunday Funday with floats, both of the root beer and beer variety, from noon to 4 p.m. If you opt for beer, they’re pairing Golden Road Brewing’s Mango Cart Wheat and Get Up Offa That Brown Ale with Foo’s Fabulous Custard. The float sale benefits the Children’s Center for the Visually Impaired.