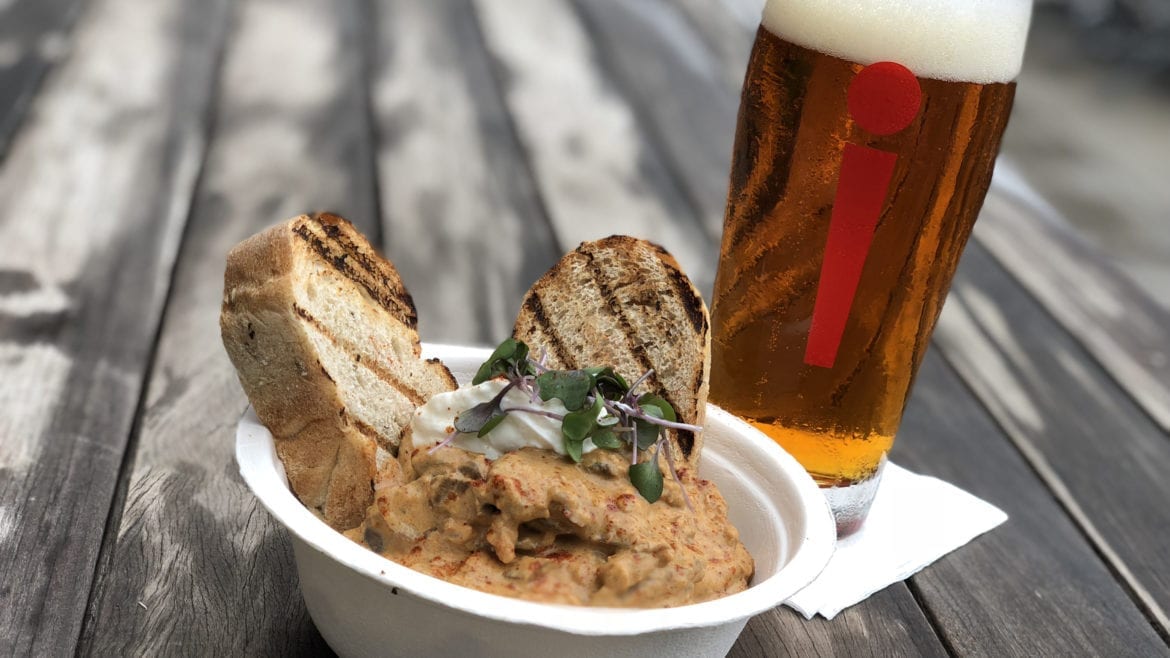 There will be a little more oomph in the oom-pah-pah at KC Bier Co.’s Oktoberfest this year. The festival, now in its fifth year, is moving from the Waldo brewery’s bier garden to the plaza at Crown Center.

“We ran out of space at the brewery,” KC Bier Co. founder and managing partner Steve Holle said of the popular festival.

This year’s Oktoberfest celebration is this Friday, Oct. 5 and Saturday, Oct. 6, and will feature a carnival, kids’ play area, food from Grunauer and Chicken N Pickle, and bench seating for more than 1,500 people. 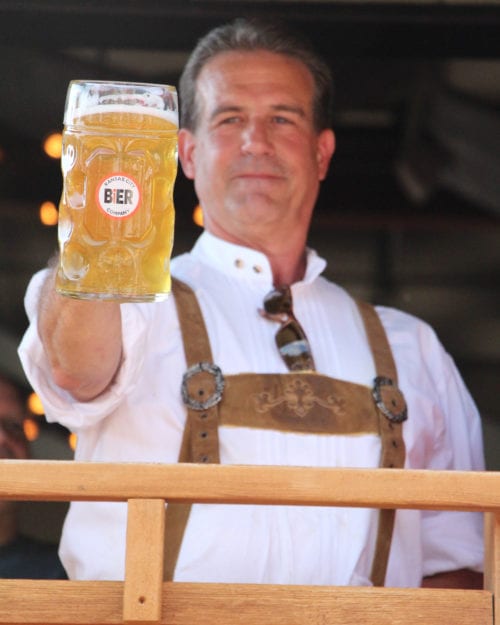 “Everybody sits at the table together, and I think it adds to the festive communal celebration,” Holle said. “When you sit at a folding table and folding chairs, it’s not the same feeling.”

A pair of bands, Die Wilderer and Die Schornsteinfeger, are flying in from Bavaria to play traditional German tunes.

“The brewers really enjoy doing something creative. Sometimes drinkers don’t see us as being very edgy,” Holle said. “We want to show that we can do the cool things like everybody else.”

In addition to providing yard games, Chicken N Pickle, will be selling rotisserie chicken. Holle noted that chicken is everywhere at the Oktoberfest celebration in Munich, Germany. As for German fare, KC Bier Co. will have their pretzels and Grunauer will have gulasch, sausages, and schweinhaxe, a bone-in pork roast.

“The schweinhaxe is a traditional Bavarian dish at a beer garden,” Holle said. “A Dunkel or Helles would be a good pairing.”

Oktoberfest is from 5 to 11 p.m. Friday and 11 a.m. to 11 p.m. Saturday. One-day general admission tickets are $7 until Thursday, and then they are $10 (they will be available at the gate too). VIP tickets ($55) are still available for Friday. Children under 12 years old can get in free. 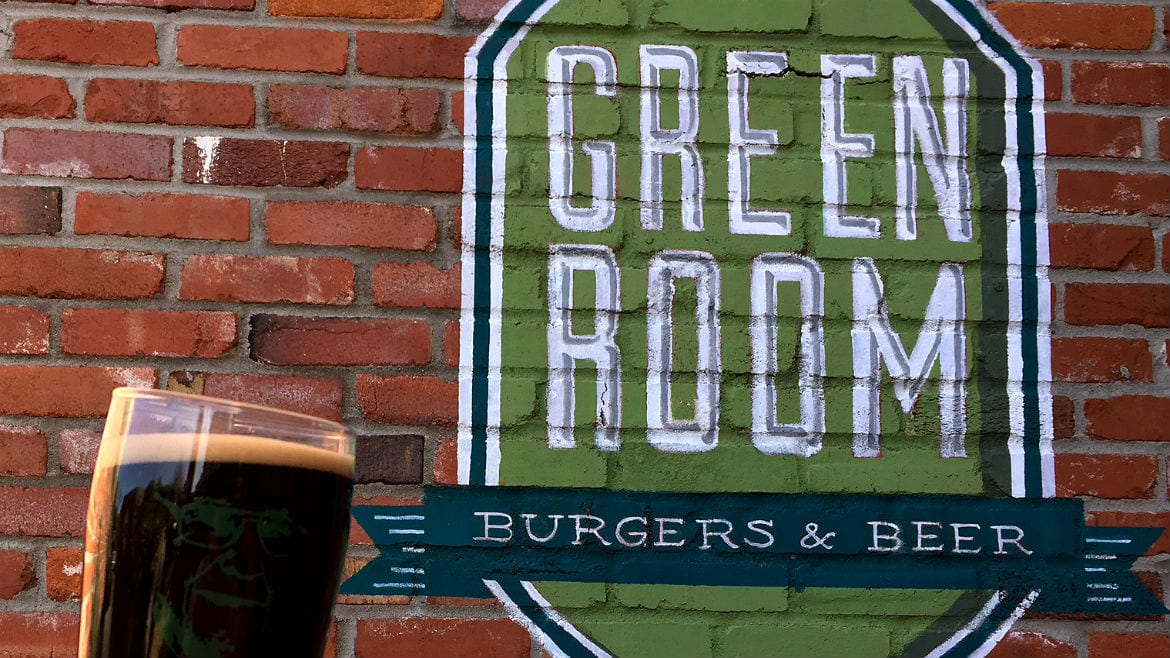 Colony’s (312 Armour Road, North Kansas City, Missouri) Kansas City Coffee Kolsch is back on tap. Cinco Wheat, brewed with cilantro, sea salt, and lime; and Zeus, a Milkshake IPA with lactose and vanilla bean, are on, too.

Free State Brewing Co.’s taproom will be closed for equipment maintenance today, but will reopen tomorrow at 11 a.m. 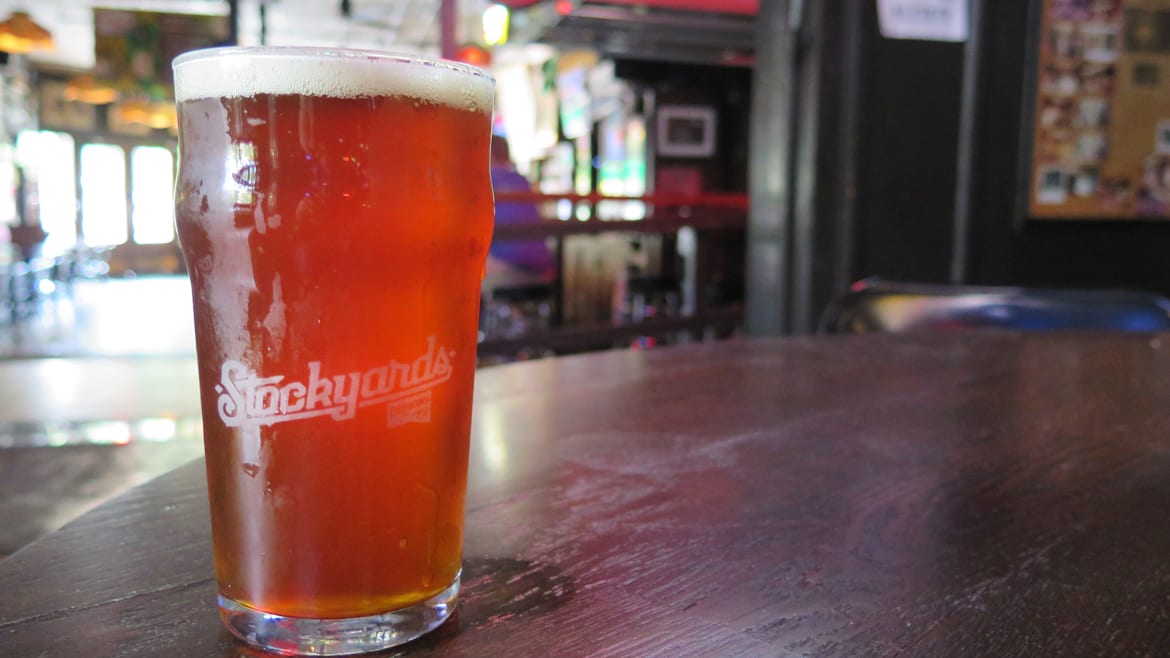 Stockyards Brewing Co. will be pouring samples at the Hy-Vee Arena for an attempt at the world’s largest happy hour on Friday. (Pete Dulin | Flatland)

The Rieger (1924 Main St.) is hosting a four-course dinner featuring the Torn Label Brewing Co. between 6:30 and 10 p.m. They’re pairing Tongue Lash with a preserved peach tart and Shake Hands With Danger with a country rib chop. It’s churros with spiced chocolate for dessert. Tickets are $60.

Flying Saucer Draught Emporium (101 E. 13th St.) is holding its annual John Lennon glass release. They’ve got a limited edition glass in honor of Lennon’s birthday that will be available starting at 7 p.m. Draft beers are $4 for Social Hour from 4 to 7 p.m.

Krokstrom Klubb (3601 Broadway Road) is hosting a Celebration of Beets with Crane Brewing Co. from 6 to 9 p.m. It’s beets in everything (including the beer with Crane’s Beet Weiss). The dinner is five courses ($75) with drink pairings along with a take-home bottle of Beet Weiss.

Alchemy Coffee & Bake House (816 Massachusetts St., Lawrence, Kansas)  hosts a release party for Martin City Brewing Company’s Alchemy Coffee Stout (6.3%) at 6 p.m. The dark stout, made with Alchemy cold brew, has plenty of roasty, toasty notes and will be out in six-packs and on draft.

The Hy-Vee Arena (1800 Genessee St.) is attempting to hosts the world’s largest happy hour from 4 to 8 p.m. Stockyards Brewing Co. will sample its beers, and they’ll have beer pong, corn hole and a photo booth.

KC Bier Co.’s Oktoberfest is 5 to 11 p.m. in the outdoor plaza at Crown Center. General admission tickets are $7 through Thursday and then $10 online or at the gate.

KC Bier Co.’s Oktoberfest continues today from 11 a.m. to 11 p.m. at Crown Center. You can throw axes with Blade & Timber or take a spin on carnival rides, including a Merry-Go-Round. There are Bier relay races at 11 a.m. and the finals of the stein holding competition are at 9 p.m.