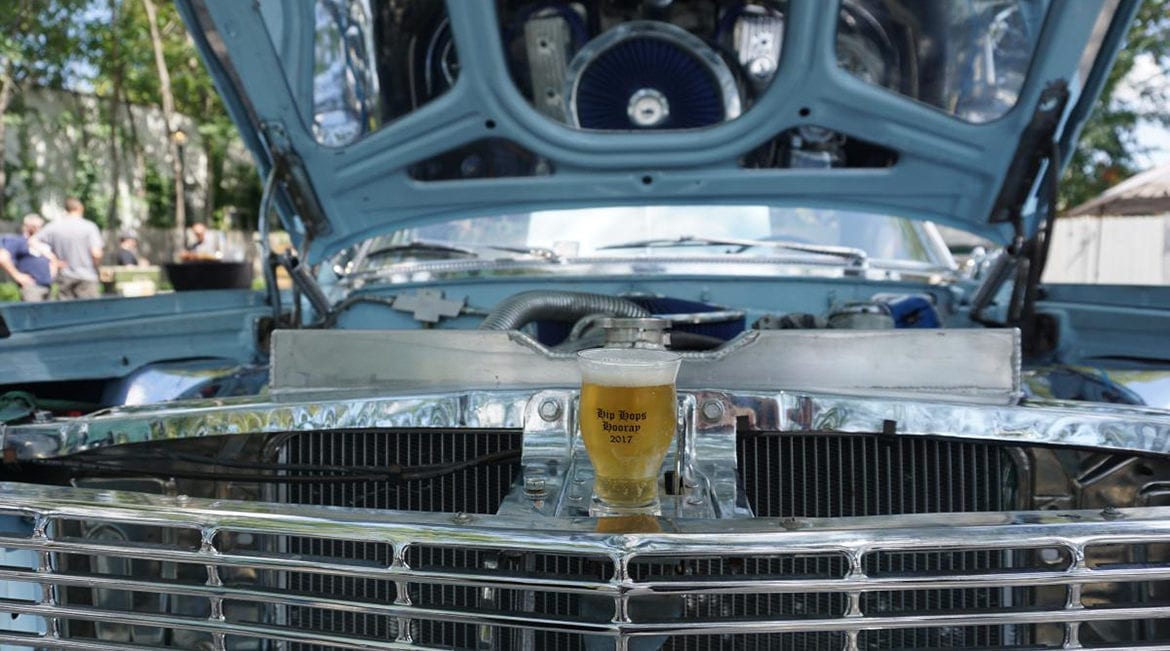 Woodie Bonds would like the world to drink a beer in perfect harmony. Or maybe just with a Biggie track on the speakers.

“I’ve had a beer with so many different type of people,” Bonds said. “Kansas City craft beer culture is starting to become something that a lot of people need…it’s something to watch for as a model of what needs to happen in the country.”

Bonds and his wife Abbie are throwing the second annual Hip Hops Hooray Beer Fest, a craft beer and hip-hop festival, from 4 to 8 p.m. on Saturday, Aug. 11, at the DeLeon Event Space (3235 Gillham Plaza).

“I like to call it ‘the moment.'” Woodie, who works on the assembly line for Ford, said. “I like having a beer fest like this where maybe some kind of moment happens. Maybe two paths cross that would have never crossed. Maybe this changes the way a person feels about craft beer or hip-hop music or they way they feel about each other.”

Hip Hops Hooray started as a casual conversation during a dinner between the Bonds and Eric and Jodie DeLeon, the owners of the Deleon. Two months later, 200 people were at the DeLeon’s Midtown space with a 1964 Chevrolet Impala, 20 breweries and a DJ spinning old-school hip-hop. The fledgling festival has attracted national attention. Good Beer Hunting talked with Bonds about it for a recent article: Not a Face in The Crowd — Wave of Beer Festivals Focus on Women, People of Color.

“You can sit down with anybody and start talking beer,” Woodie said. “What a person looks like goes away and it just becomes about the conversation.”

The festival has 20 commercial breweries (East Forty, Apex Aleworks, New Axiom, Kaw Point Meadery, City Barrel Brewing, among them) and roughly the same number of homebrewers (Servaes Brewing is on the list) in its second year. Food, which is included, will be small bites on trays carried by servers.

“Some of the beers are hip hop-themed with homebrewers deriving inspiration from hip-hop,” Abbie, director of taproom operations for the Red Crow Brewing Company, said. “Last year, we had a gin and juice beer — a saison on gin-soaked wood chips. I think it’s fun to change that frame of mind.”

Tickets are $35 ($10 for designated drivers) and a portion of the proceeds benefit Turning Point and rettsyndrome.org.

“We worked really hard last year and even harder this year to bring something good and different to Kansas City,” Woodie said. 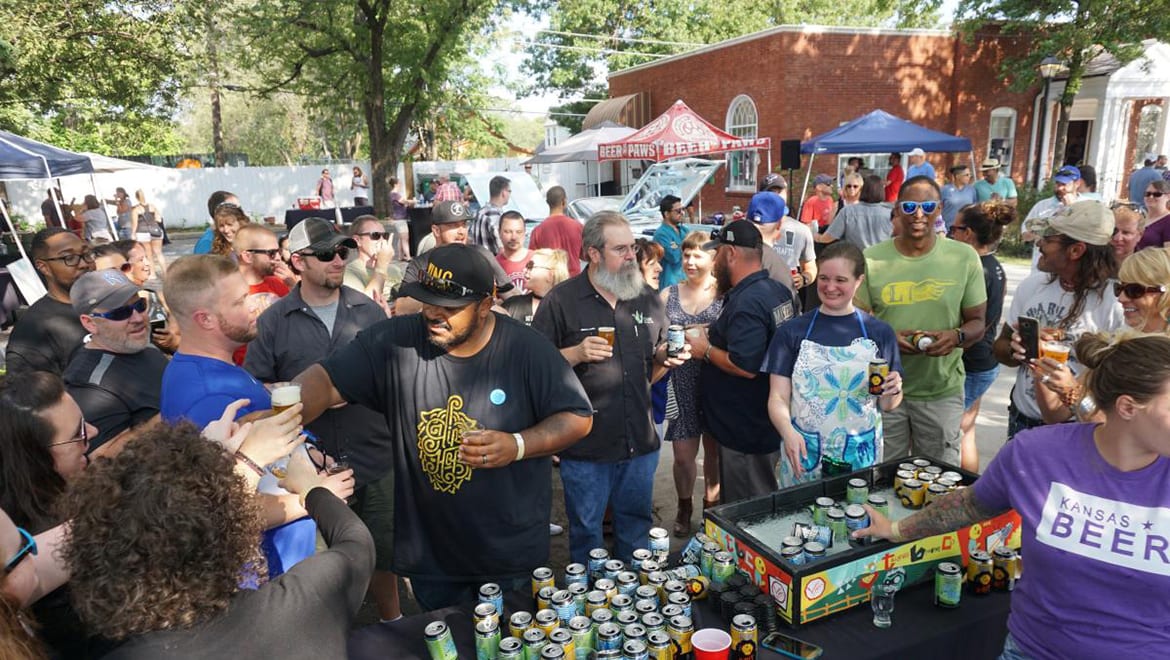 The Boulevard Tours and Recreation Center (2534 Madison Ave.) is back open after being closed for plumbing repairs. Paw Paw’s Got a New Bag, a beer made with pawpaws, was the latest release this past Sunday. They tapped it in the beer hall on the same day. If you’re putting together a flight, Rye on Rye on Rye on Rye is available, as is a test peach saison and a test TDH mosaic IPA.

Grand Street Cafe (8815 Renner Road, Lenexa, Kansas) is hosting Martin City Brewing Co. for a four-course dinner ($45) on Thursday, Aug. 9. Big Brother, a bourbon barrel-aged imperial stout, dream quest and belgian blond, are among the beers that will be paired. Call (913)-601-3500 to make a reservation.

Bier Station (120 E. Gregory Blvd.) hosts a fundraiser for Another Chance Cat Rescue from 5 to 9 p.m.

Always thought you could make beer? Find out if you can when the New Belgium Brewing Sour Saison Blending Tour makes a stop at Char Bar (4050 Pennsylvania Ave.) from 5 to 8 p.m. You’ll get a small sample, so you can blend your own sour, and New Belgium’s Sour Saison will also be available for purchase.

You would have paid more attention if school was more like Beer School. The latest Beer School class ($10) at the Museum at Prairiefire (9056 Metcalf Ave., Overland Park, Kansas) covers the science of brewing and features KC Bier Co.’s Steve Holle and Elizabeth Belden. Science Happy Hour is from 6 to 7:30 p.m. The doors open at 5:30 p.m.

Drink a beer and help out a few dogs. Yappy Hour runs from 6 to 8 p.m. at KC Bier Co. (310 W. 79th St.) with $1 from each Spezial beer to help shelter pets. Beer Paws, makers of dog beer and spent grain dog biscuits, will be on hand too.

Smokin’ Guns BBQ (1218 Swift Ave., North Kansas City, Missouri) is hosting a beer dinner, featuring Cinder Block Brewery from 6:30 to 8:30 p.m. Cinder Block’s Northtowne Native will be paired with beer-marinated smoked chicken legs, and the English Cherry Cider comes with a fruit galette and vanilla ice cream. The four-course dinner is $30 per person or $50 per couple. You have to call (816)-221-2535 in advance to make a reservation.

The Kansas City Community Gardens hosts Happy Hour in the Garden (6917 Kensington Ave.) from 6:30 to 9 p.m. The KC Made Happy Hour will have local makers on hand. Boulevard beer and food from Pita for Good and Nikki G’s Soul Q Bistro will also be available. The event is free, it’s $5 for two drink tickets.

Wakarusa Brewing Company (710 Main St.) is hosting Cocktail Day from 1 to 9 p.m. It’ll have $2 off cocktails as a special. Wakarusa has a lemon pale ale and raspberry mead, as well.