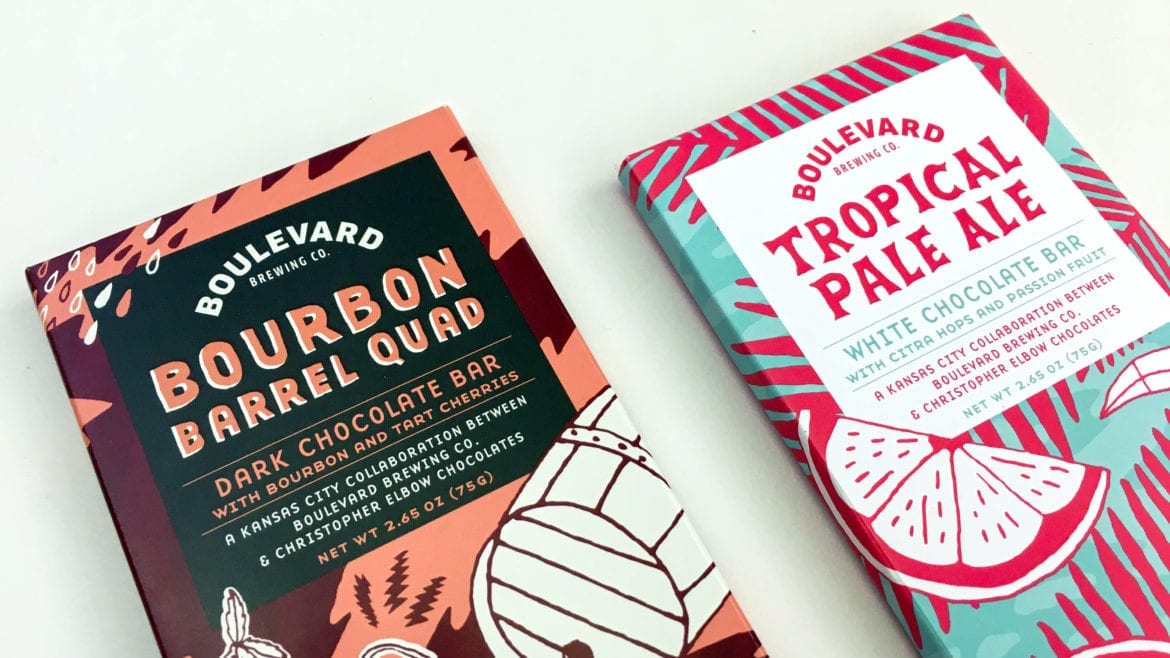 A pair of new chocolate bars, inspired by beer, are available in the Boulevard Brewing Co. gift shop. Christopher Elbow has turned Bourbon Barrel Quad into a dark chocolate bar with bourbon and tart cherries, and Tropical Pale Ale, into a white chocolate bar with citra hops and passionfruit. (Jonathan Bender | Flatland)
Share this story

Kansas City’s independent restaurant scene has been fueled by chefs over the past decade doing a simple calculation that they could afford to accomplish more here than on the coasts.. That same desire for cheaper real estate, an opportunity for ownership and the chance to return home could now energize the local craft brewery boom.

Friction Brewing Co., which we profiled yesterday, is coming to the Crossroads, only a few miles from where Alma Mader Brewing Co. will set up shop on Southwest Boulevard. Friction finds inspiration in Modern Times, a brewery out San Diego, California. Alma Mader founder Nick Mader came back to his native Kansas City to launch a brewery after stints in Colorado and Washington where he trained to become a professional brewer.

The expansion of our local brewery universe, however, won’t just be fueled by native sons and daughters returning home. Others from around the country are attracted to Kansas City’s growing demand for  local craft beer. Case in point: 3 Trails Brewing Co., a brewery in the works in Independence, Missouri, has hired Jesse Rose as head brewer after he spent three years at Bell’s Brewery in Michigan.

Need another excuse for slipping bourbon into your diet? Chocolatier Christopher Elbow just dropped a pair of holiday treats inspired by what Boulevard Brewing Co. makes available in its gift shop. The Bourbon Barrel Quad bar is dark chocolate with bourbon and tart cherries, and the Tropical Pale Ale bar is white chocolate with citra hops and passionfruit. 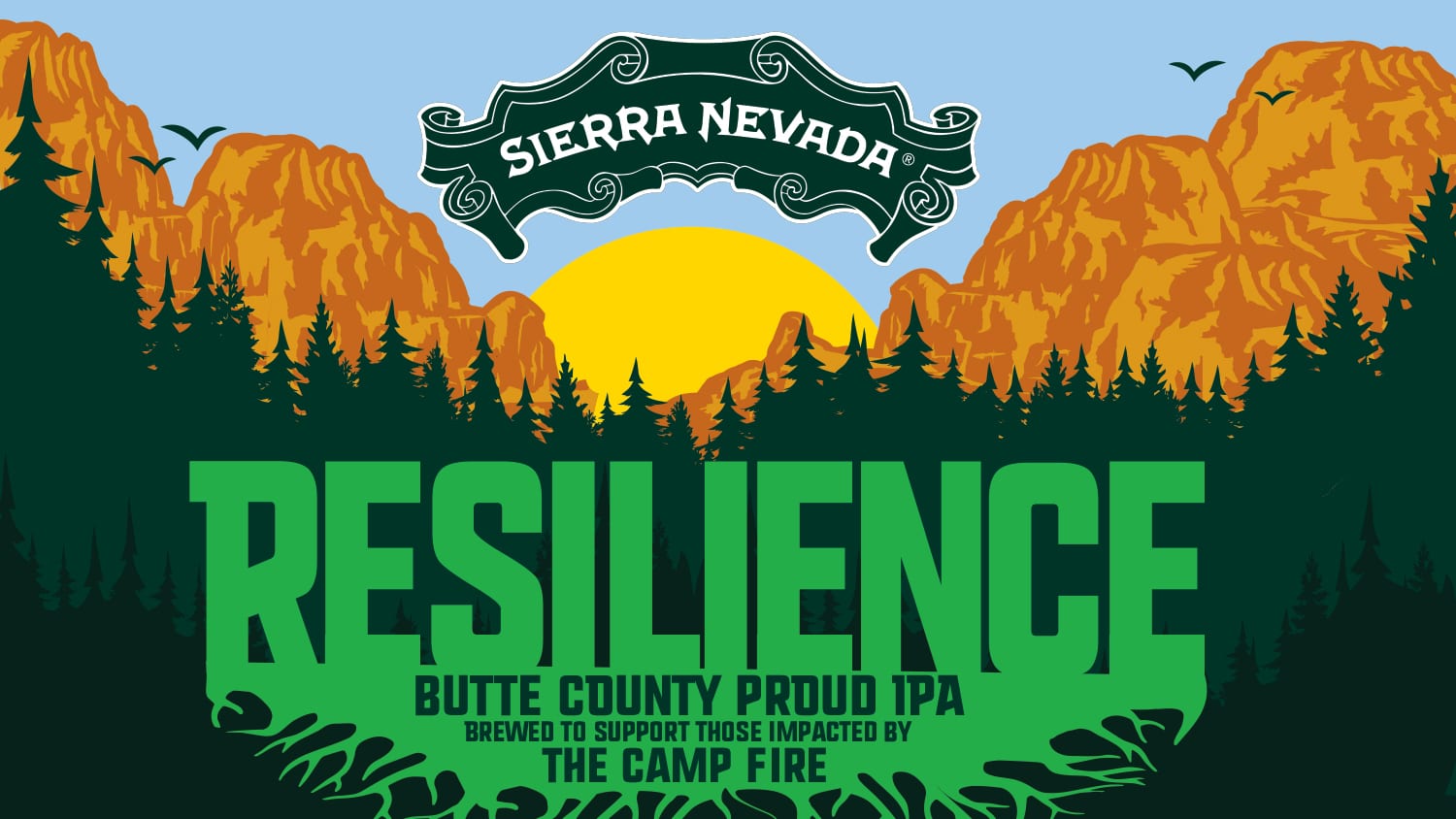 If you live in Kansas City long enough the world comes to you. Bier Station (120 E. Gregory Blvd.) hosts a party from 3 to 6 p.m. to welcome Illinois-based Maplewood Brewery & Distillery to KC. Get a discount of Fat Pug Nitro (oatmeal stout), Juice Pants (hazy IPA) and Mr. Shakey (IPA). 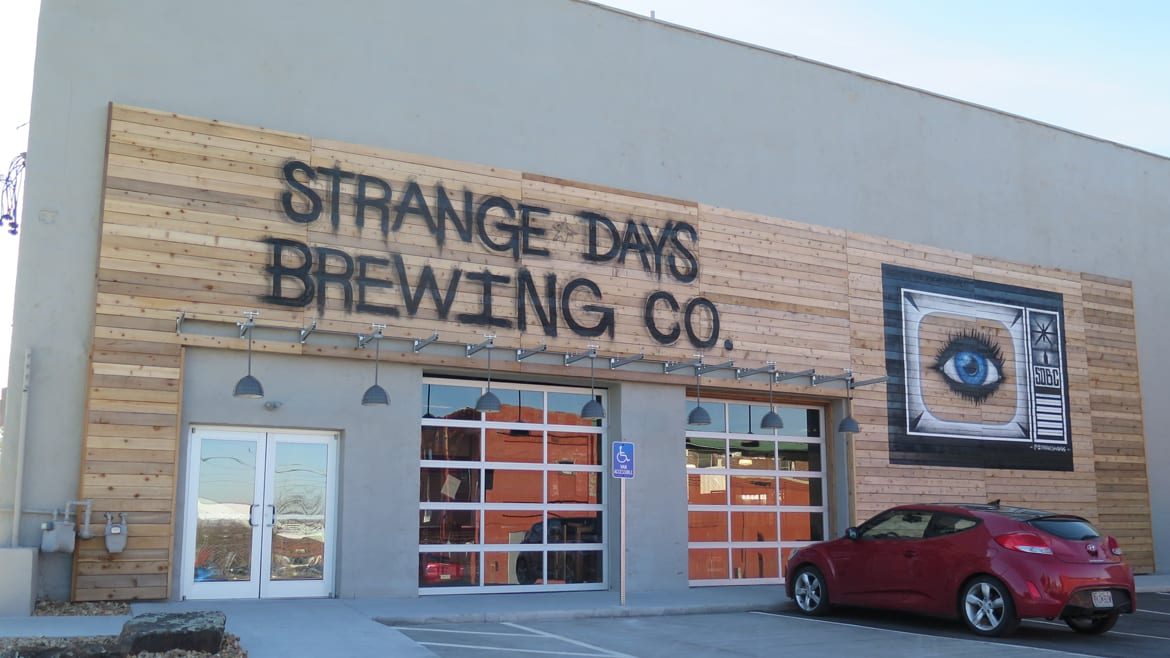 Coffee Break Nitro will not be your standard cup of joe. At 4 p.m., Border Brewing Co. (406 E. 18th St.) will release an ale based on a latte and made with Blip Roaster’s coffee, vanilla and oat milk.

This one would likely make Santa’s naughty list. Boulevard Tours & Rec (2534 Madison) re-imagines Christmas cookies and milk with its Barrel-Aged Happy Hour: Santa’s Wild Ride from 6 to 7 p.m. A ticket ($25) gets you a welcome beer and four sweets-and-barrel-aged-beer pairings, including a test sour ale with blueberries and a lavender sugar cookie, and Plaid Habit and maple bacon sweet potato pie.

Bier Station (120 E. Gregory Blvd.) is hosting a toy and clothing drive for Operation Breakthrough, the non-profit early education center and social service charity, from 6 to 9 p.m. The beer bar and bottle shop will also be donating proceeds from the sale of Schlafly Beer white lager on draft.

It’s never too soon to have a beer with Santa. KC Bier Co.’s St. Nicklaus Day celebration is from 11 a.m. to 3 p.m. The family-friendly party will have cookies, coloring sheets and the chance to get your photo with St. Nick.

Callsign Brewing (1447 Gentry St., North Kansas City, Missouri) is raising money for Battle Buddy Service Dogs, a Kansas City-based charity that trains rescue dogs to become service animals for veterans, from 5 to 9 p.m. Tickets, which come with a brewery glass, beer and Battle Buddy dog tag are $15 in advance and $18 at the door.

Discover the artistic side of the people who work at BeerKC’s restaurants in Westport. McCoy’s Public House (4057 Pennsylvania Ave.) hosts Maker’s Monday featuring crafts for sale from folks who work at Sailor Jack’s, Char Bar and Beer Kitchen from 5 to 9 p.m. While you’re there, grab a sip of McCoy’s Ursa Major — a potent Russian imperial stout — if it’s on tap.