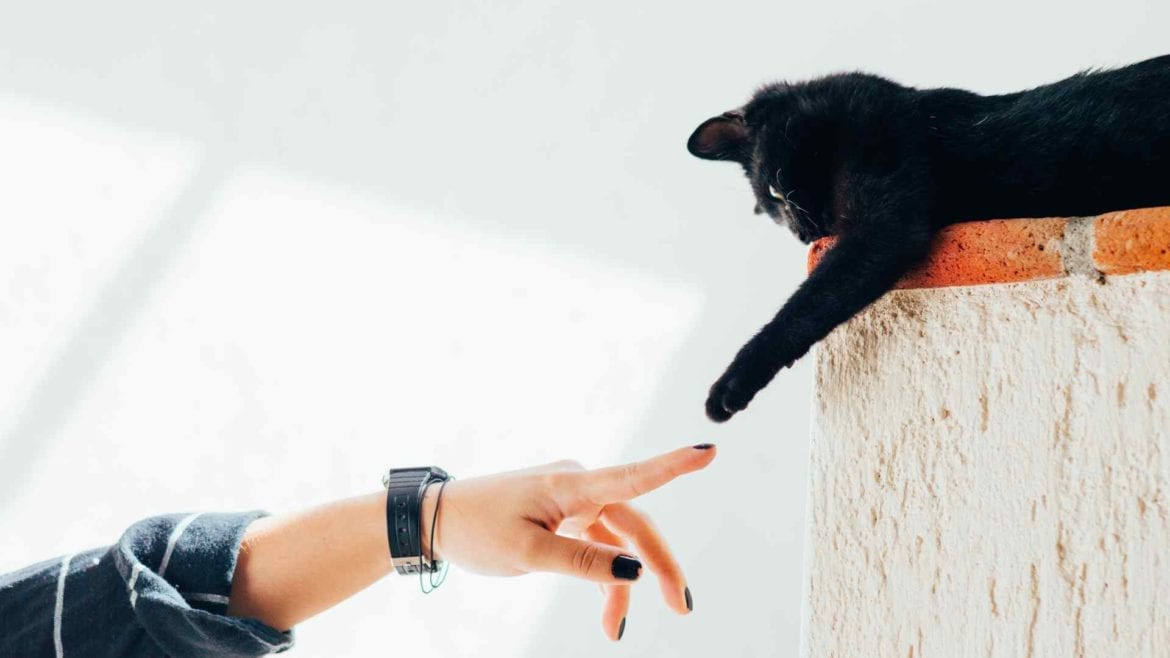 The world of cats and beer collide this week. (Contributed | Humberto Arellano)
Share this story

The Crossroads is really going to the cats. Caturday in the Crossroads, a benefit for KC Pet Project, is from noon to 4 p.m. on Saturday, May 11. The pub crawl, which has nine stops (five breweries and a winery), includes prizes for the best cat-themed outfit. Tickets are $25 until May 10 and $30 on the day of the event.

How much cute can you handle? Cinder Block Brewery is holding a Kitten Shower with KC Pet Project from 6 to 8 p.m. on Thursday, May 16. Drink a beer, $1 from each brew goes to KCPP, and cuddle with kittens on the North Kansas City brewery’s patio. Entry is $5 or an item from KCPP’s wish list.

For those arriving with kids in tow or who want something non-alcoholic, Servaes Brewing Co. has been making sodas the past several weeks. Aaron’s craft soda has been available in four-packs of cans (root beer, mandarin orange) and on tap (root beer and butterscotch cream soda).

Callsign Brewing Co. has got summer covered. Bi-Coastal Cerveza Salted Lime Ale (4% alcohol by volume), made with lime juice and sea salt, is a collaboration with brewer Rodney Beagle.

Red Crow Brewing Co. has Elizabeth (a saison) on tap.

City Barrel Brewing Co. has added a reverse happy hour in its tasting room. The Crossroads brewery has $4 pours of Fancy AF (a hazy IPA) for $4 from 9 to 11 p.m. Tuesday through Thursday, 10 p.m. to midnight on Friday and Saturday. If you’re looking at taking beer to go, 816 is now in cans.

Drinks from the Future

Fermentation might just be your superpower. Discover the magic of fermentation with How to Make Kombucha from 5 to 7 p.m. on Wednesday, May 22, at Grain to Glass. The class includes a scoby, a symbiotic culture of bacteria and yeast, which helps ferment tea to produce kombucha.

Big Rip Brewing Co. is hosting a beer pairing with chef Dakota Kalb. The five-course pairing of small bites and beer ($40), put on by KC Local Events, features live music and a brewery tour. The pairings include flatbread with ramp top pesto and Hefe the Killer and a rhubarb panna cotta with 237 Milk Stout and Satine Raspberry.

Earn your calories. The KC Running Co. is kicking off its Brew Crew run series with a group walk/run at 6 p.m. The two-to-three-and-a-half mile trek (there are two courses) begins and ends at City Barrel Brewing Co.

Casual Animal Brewing Co. will have live music with the Shapiro Brothers from 5:30 to 8:30 p.m. The Crossroads brewery has a pineapple sour and Treat Yourself (a wheat beer made with honey from Messner Bee Farm, that clocks in at 5.2% ABV) on tap.

Let’s root, root, root for the home team… Boulevard Tours and Rec is holding a Royals Rally on Thursday, May 9, from 6 to 8 p.m. It’s $10 and that gets you a koozie and a can of beer.

Sip and browse your way through the Martin City Brew & Shop from 6 to 9 p.m. in the Martin City Event Space (13440 Holmes Road). Admission is free (you do have to pre-register), but it’s a cash bar.

Double Shift Brewing Co. collaborated with the Riot Room to release Opptoyer Norwegian Farmhouse (4.6% ABV). The beer, made with pilsner malt, wheat and lime zest, will be on tap at Riot Room.

The Glow Silent Disco, put on by the Positive People Posse, returns from 8 p.m. to 1 a.m. on the rooftop of the Corrigan Station (1828 Walnut St.). The neon-themed night, which features headsets for each partygoer, will have cocktails and Cinder Block brewery beer. Tickets, a portion of sales goes to Girls on The Run, are $40 to $100.

Spend an afternoon in downtown Lee’s Summit with the Strother Beerfest, so named for the Strother District. The brewfest, put on by the Lee’s Summit Downtown Rotary Club, is from 1 to 5 p.m. on Saturday, May 11. General admission tickets are $35, VIP tickets (which include a separate bathroom and $5 coupon toward food vendors) are $50.

Want to know more about mead? Grain to Glass is hosting a mead making demo with Scott Henness from 11 a.m. to 1 p.m. The bottle shop and home brew supply store also has honey and mead-making equipment for you to try the play-it-at-home version.

If you love your mom, but are not great at making plans, I’ve got two options for you. Hopcat in Westport is offering free fries, with the purchase of something else, to all mothers from 10 a.m. to midnight.

Limitless Brewing Co. is partnering with The Pantry KC to serve muffins alongside its beer. The Lenexa brewery will have blueberry, banana nut, maple bacon and orange vanilla muffins from noon to 3 p.m.