Sloshies Wants to Help You Adult Your Way into Summer 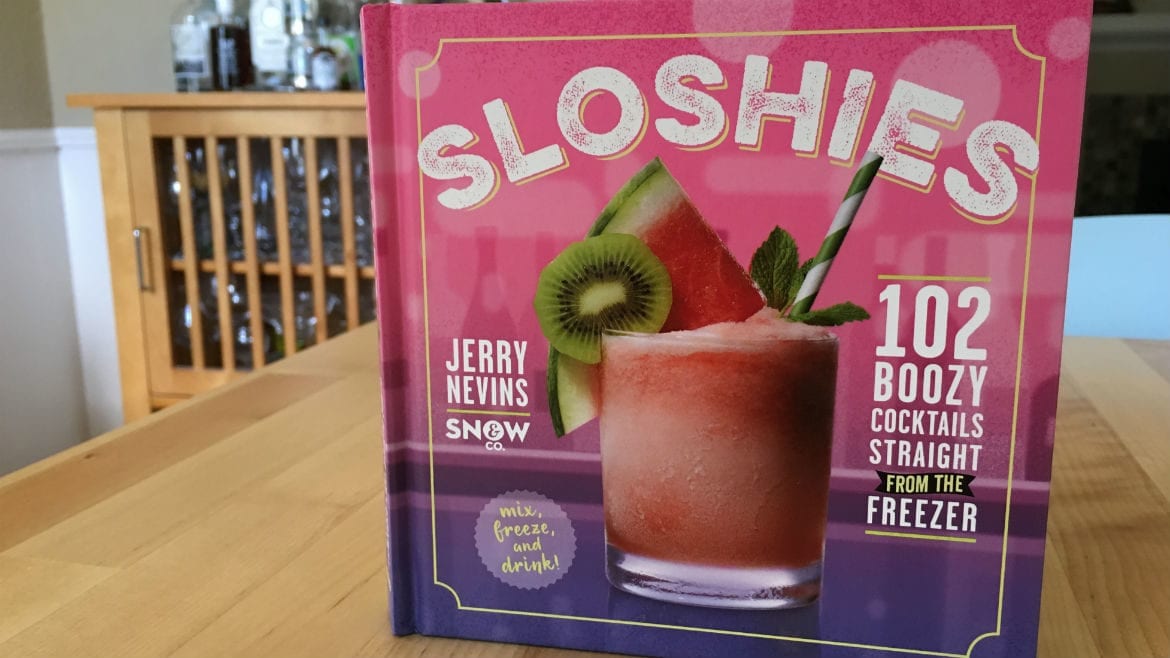 'Sloshies,' a cookbook for frozen cocktails, is on shelves now. (Jonathan Bender I Flatland)
Share this story

There’s a new way to get your brain freeze. “Sloshies: 102 Boozy Cocktails Straight From The Freezer” was published last week. Author Jerry Nevins, one of the co-founders of Snow & Company, wrote the cookbook designed to bring the frozen cocktail experience to your kitchen with recipes that instruct you to either use a freezer-safe bag or your ice cream machine.

“Bartenders don’t usually play with temperature in the cocktail world,” said Nevins. “With frozen cocktails, you get different sensations as the drink warms and there is an evolution of flavor.”

The first Snow & Company opened in Kansas City five years ago in the Crossroads.

“It was an idea that a lot of people wondered if it would succeed and there was no source material for the way we were doing frozen drinks when we started,” said Nevins.

But drinks like the Purple Rain and Sunshine Boulevard (a frozen take on a shandy made with Boulevard Wheat), both featured in “Sloshies,” caught the attention of Kansas Citians and earned Snow & Co. national press.

Snow & Co. opened a second location in Gladstone in 2014 and moved their original location to 412 Westport Road earlier this year.

“A spot opened up in Westport and on Westport Road, that kind of thing doesn’t come up very often,” said Nevins. “It was an opportunity that I felt we couldn’t pass up.”

Nevins has been working on the book for over a year, making batches in a gelato maker and filling a commercial freezer with a cocktail rainbow in Ziploc bags. The recipes in Sloshies go beyond spirits as Nevins looked to incorporate wine, shrubs (infused vinegars), beer, syrups, and even milk.

“Milk adds some fat. It also makes the ice crystals smaller and affects the texture and feel,” said Nevins. “It’s like egg whites in cocktails. It may strange that it’s there, but it adds something to the drink.”

The High on the Hog is a bit of bacon and a bit of bourbon. (Courtesy of Jerry Nevins & Workman Publishing)

While Nevins was trying to push boundaries with “Sloshies,” he also knows that some spirits don’t translate as well for frozen cocktails.

“Making something blue and frozen that has balance is a hard one,” said Nevins. “I may have given up on blue curacao as an ingredient.”

Even without blue curacao, Nevins believes that the frozen cocktail universe is ready to get a lot bigger.

“This is no longer about just margaritas or daiquiris,” said Nevins. “You can’t find craft frozen cocktails on every corner, but I’m hoping the book could be a stepping stone for aficionados like us.”

If you want to play sloshies at home, Nevins shared a recipe for his maple, bourbon, and bacon concoction below. This recipe is reprinted with the permission of Workman Publishing.

High on The Hog

Place the ingredients in a medium-size metal bowl and stir.

When you’re ready to drink, massage the freezer bag by hand until it’s a wet, slushy consistency. If it’s not breaking up, run the bag quickly under hot water and massage some more. Pour into an Up & Down glass and garnish with a strip of crispy bacon.