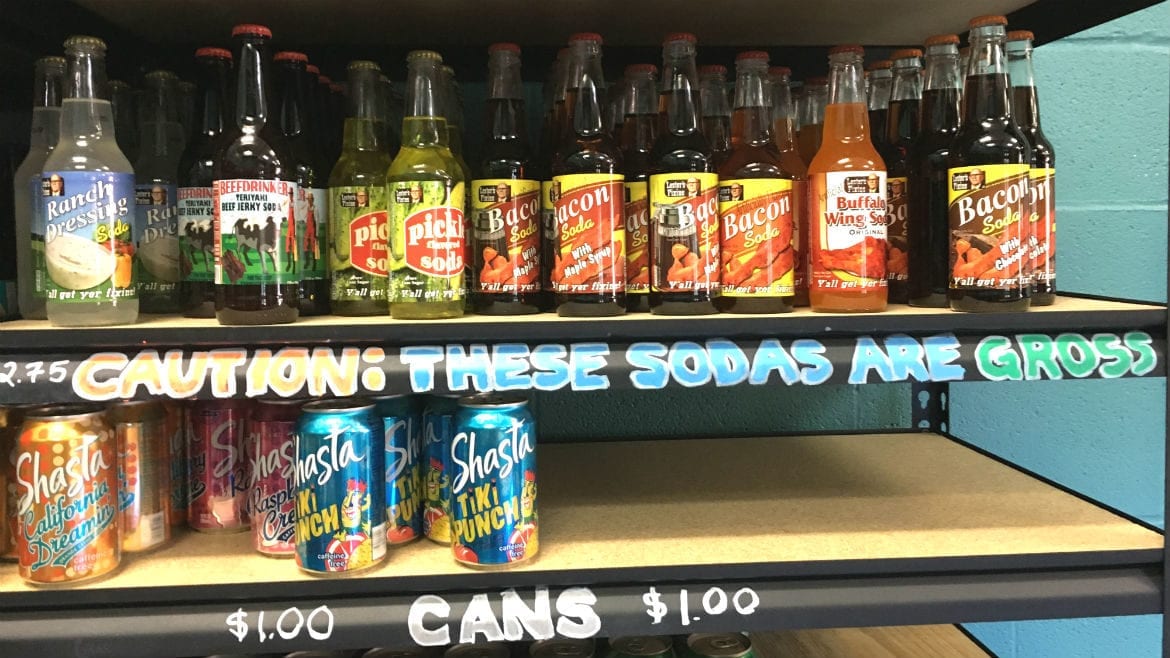 Yes, bacon has even made its way into soda. (Jonathan Bender I Flatland)
Share this story

“What is this place?” asks a young woman as she walks through the door of the KC Soda Co. in the City Market (20 E. Fifth St.).

She’s right to wonder, as 700 bottles — free from the confines of a vending machine — are stacked on metro shelves that line a space roughly the size of a studio apartment. Just to be clear, that’s 700 different kinds of soda.

“We try to have something for everybody in the shop,” owner Lucas Thompson said. “I might ask you what your favorite fruit is, and if it’s blood orange, we’ve got three blood orange sodas that are each unique.”

She wanders past the Great Wall of Root Beer, lingering on cream soda before getting lured in to the neon colors of strawberry, orange, and peach pop. 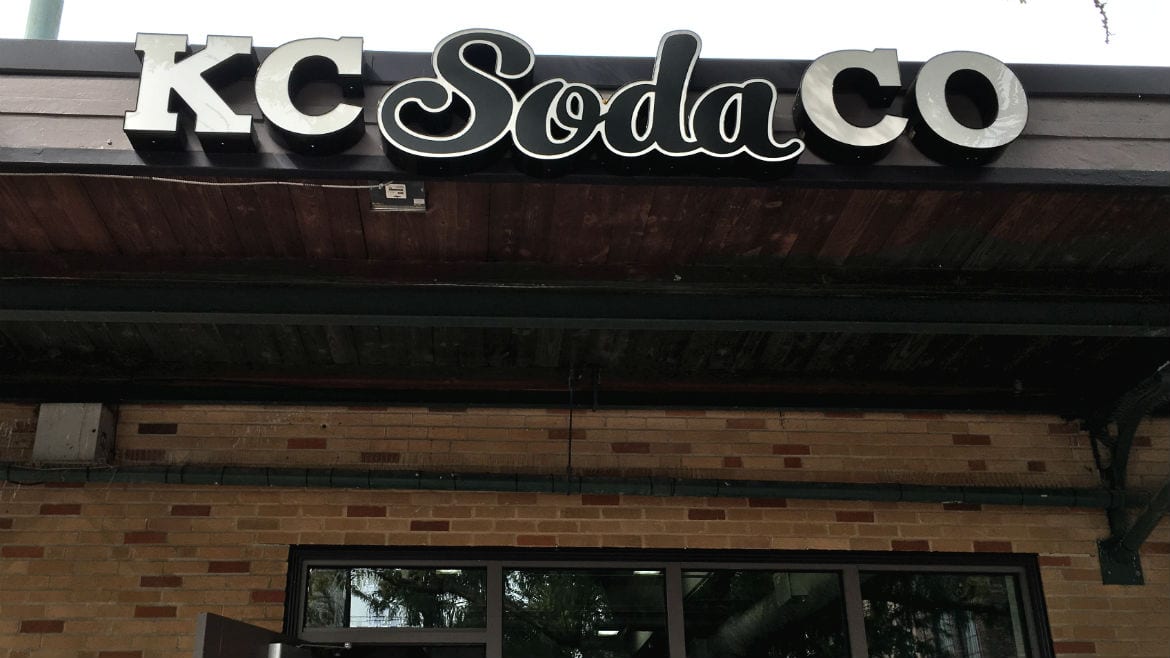 The soda pop shop is a new retail spot, tucked in between Blue Nile and Winslow’s BBQ. Off Fifth Street, the local soda market is gaining some carbonation. Polly’s Pop is a resurrected soda line being produced in Independence Square and The Sundry, which is in the process of opening a new location at Plexpod Westport Commons, is working to bottle its custom sodas. This is the third shop for Thompson, who opened Mass Street Soda at 1103 Massachusetts St. in Lawrence, Kansas, and the first KC Soda Co. (1843 Village West Parkway, Suite C-125, Kansas City, Kansas) at The Legends.

Thompson was also one of the original partners in Breakout KC, alongside Matt Baysinger and Ryan Henrich. Thompson sold his interest in the River Market escape room business at the end of last year and bought out Baysinger, a fellow Breakout KC founder, from the KC Soda Co.

“I was behind a desk more and more with both businesses, which is exactly why I left my corporate job,” Thompson said. “This lets me get back into what I love and out into the stores to talk to people about soda.”

The other two soda stores are nearly twice as large, with an on-shelf inventory of what Thompson estimates to be close to 1,000 sodas. But there’s still a wide variety at the City Market shop, with coffee colas, strawberry lemonade and citrus ginger ale. There’s even the novelty acts: a ranch soda, Buffalo wing hot sauce soda and a pickle soda.

“I tell people these are disgusting sodas and not to buy them,” Thompson said. “It even says on the shelf, but people still buy it. Maybe it’s reverse psychology.” 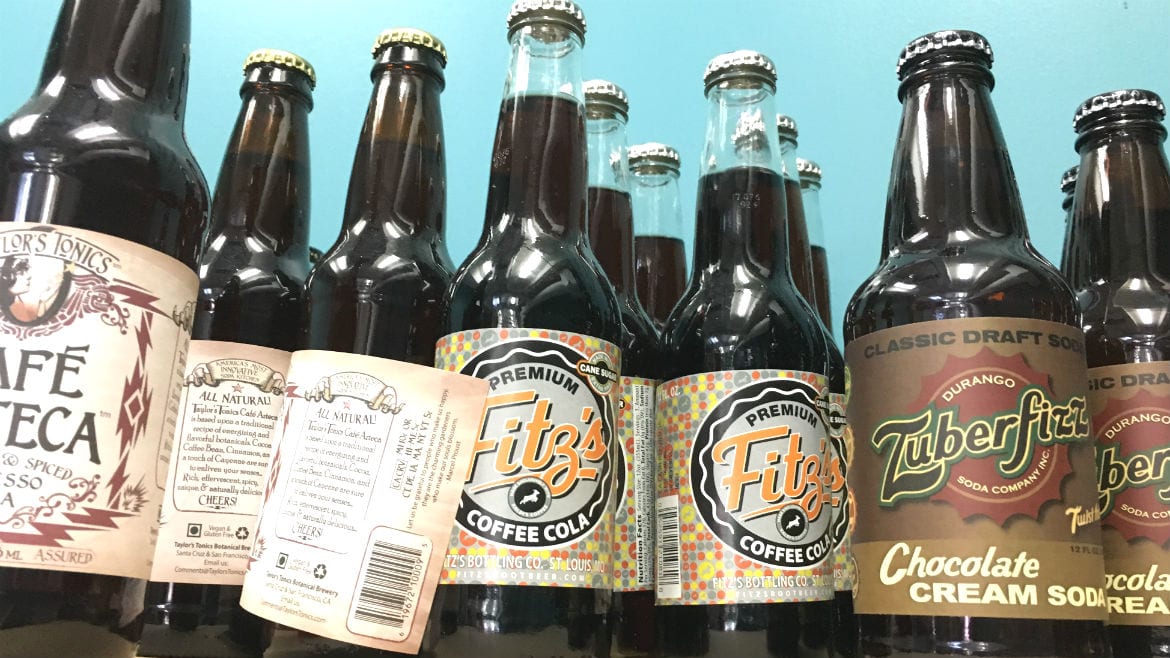 The City Market shop has a patio, and Thompson plans to add picnic tables in the coming months. Inside, there’s a small cooler to the right of the counter, but the shop can take a room-temperature bottle and cool it down in three minutes using a Spin Chiller – a device looks like a price scanner and attaches to the bottle cap. It spins the bottle rapidly in a sink filled with ice. KC Soda Co. also offers drinkers the option to make a soda float by adding on a cup of chocolate, vanilla or strawberry ice cream.

With a renewed focus on soda, Thompson has a number of projects in the works. Mass Street Soda’s location will be closed for six months of renovations – soda lovers will be able to get their fix at a temporary pop-up during that time.

“We’re going for something with more of an old time 1920s pharmacy feel to it. The nostalgia is what I truly love,” Thompson said. “We’ll be able to do egg creams and phosphates.” 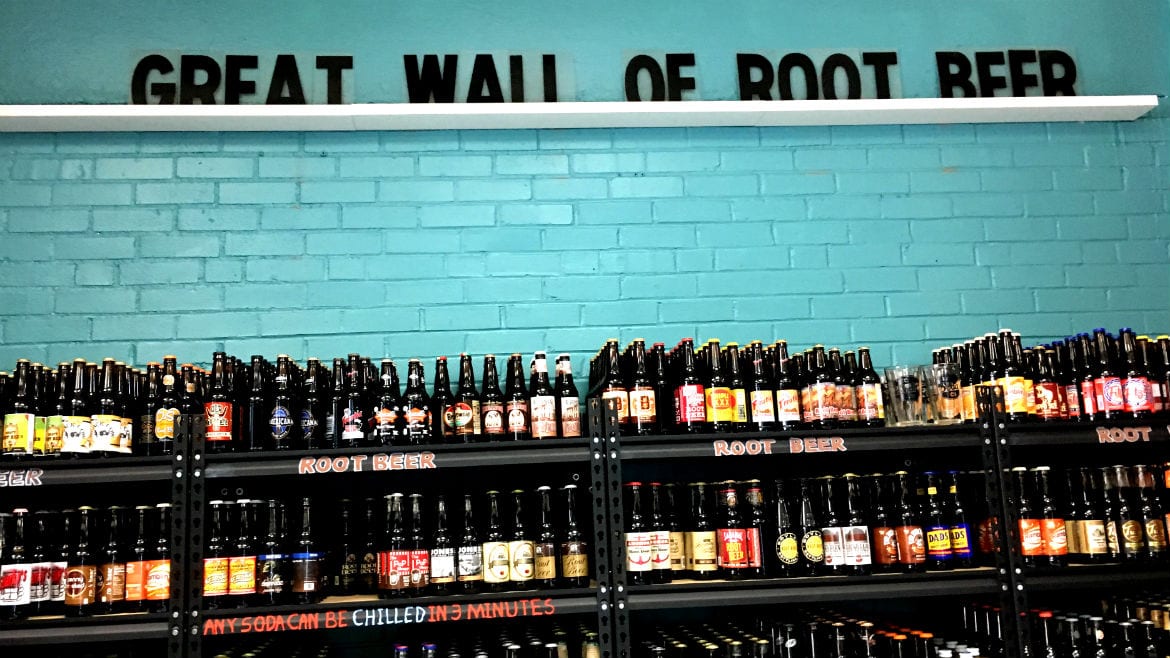 Thompson is also working on his own line of sodas to hopefully launch next spring. He’s got four recipes ready: root beer, cream soda, ginger beer and paw paw soda.

“The root beer is more of a new style, a little sweeter with a toasted sugar taste and a nice foamy head. The cream soda is a classic, full-flavored vanilla cream soda,” Thompson said. “The ginger beer is spicier, it mixes really well.”

The ginger beer is meant to be a building block for a horsefeather or dark and stormy, but Thompson knows that the paw paw soda will be a bit harder to describe.

“I’ve been referring to it as a tropical fruit soda. Paw Paws are sometimes called prairie bananas,” Thompson said. “It’s a flavor that’s hard to find, you can sometimes find paw paws at farmers markets in late fall. It’s something that hasn’t been done before.”

St. Charles Has 6 Months to Close a Deal

Plans for Apartments Sprout Like Topsy Near City Market

Order Up | The Bite's Senor Chang