Mean Vegan Sets Out to Redefine The Pork Staple With Coconut 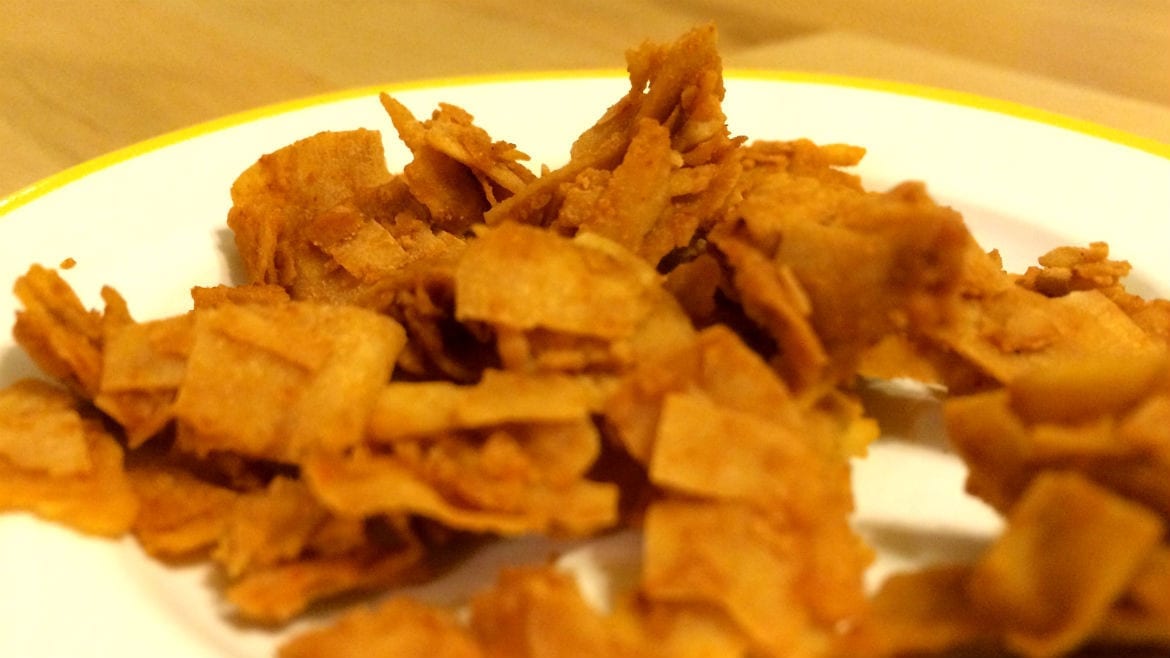 With our proximity to pigs and tremendous appetite for pork, Kansas City has long been an innovator in the world of bacon. Local barbecue competitor Jason Day invented the Bacon Explosion –a bacon-lattice wrapped sausage. Bacon Fest Kansas City will celebrate its eighth anniversary this summer. And now, thanks to Mean Vegan, you can eat baconated coconut.

“It’s Kansas City, everybody here loves bacon. They’re putting it on ice cream,” said Mean Vegan co-founder Shawn Mock. “We wanted to bring those flavors home and let people enjoy something that’s much, much better for them.”

Baconated coconut is coconut shavings that have been spiced to emulate the smell and taste of bacon – the food vegetarians and vegans regularly list as missing the most.  Just to be clear, there is no meat in baconated coconut. Instead, it’s the latest in a line of products from Mean Vegan that are meant to challenge conceptions about eating vegan.

The four-year-old company that Mock runs with partner Stephanie Shelton launched as result of a change in the couple’s diet. Vegan converts, they were searching for something to replace their favorite meat-filled tamales. The jackfruit tamales made with an unripe tree fruit out of Southeast Asia, which has a consistency remarkably similar to meat and holds seasoning well, were a hit at First Fridays.

Today, they’re found success on grocery store shelves across the metro, along with Kansas City Jack – their jackfruit take on Kansas City barbecue – and Chick-Un, another jackfruit product that is meant to mirror pulled chicken. They also make Fungi Jerky made with dehydrated whole Portobello mushrooms. Last year, they sold at the Waldo Farmers’ Market and just this month they began shipping frozen tamales directly to consumers.

“This is the first year that we’ve had people know what jackfruit is,” Shelton said. “It’s been exciting to see.” 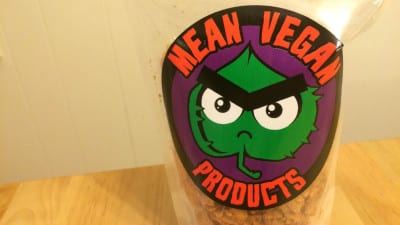 Baconated coconut launched last week with bags at One More Cup in Waldo.

“Our goal was to make good food for everybody that tastes good,” Mock said. “So, I set Stephanie loose and the next thing you know, you feel like you’re eating bacon.”

It had been six years since Shelton had tried bacon, so the process for emulating it took a bit of trial and error. A baconated fungi jerky was more jerky than bacon and the initial coconut batch was too sweet.

“I decided to break down what’s appealing about bacon. You have the fat, and coconut brings that to the table naturally,” Shelton said. “Then you have the salty and umami and a little bit of sweet and smoky. You balance all those flavors and you have bacon.”

She cut the amount of agave nectar, relying on the sweetness of coconut, and then added in sesame oil for a bit of “meaty, buttery taste.” Then she put garlic, organic tamari, sea salt and liquid smoke in the mix.

“There’s joy when you bite into it,” said Shelton. “It’s that flavor and fat together.”

Shelton wants to continue playing around with baconated coconut, envisioning a cracked pepper flavor or a spicy option made with ghost peppers. Shelton has already made BLTs with the baconated coconut and could see people using it like more traditional bacon crumbles by sprinkling it on a salad or baked potato.

“People really do love bacon. It’s been out less than a week and we’ve already made three deliveries,” said Shelton. “It’s a little unusual, especially for the Midwest.”