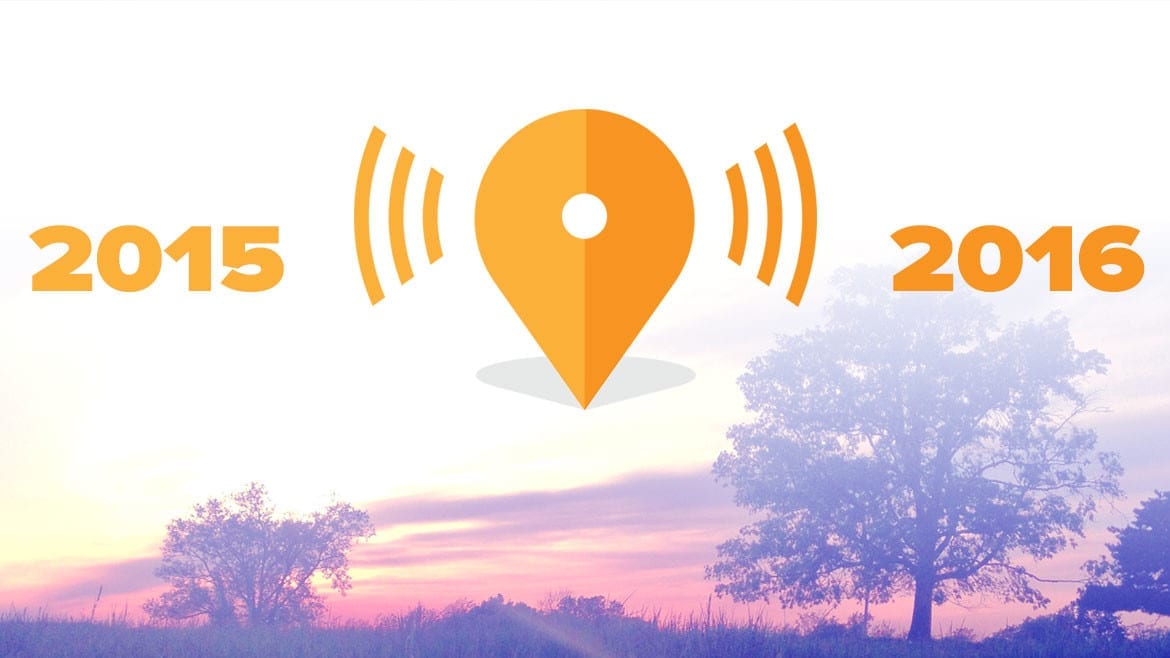 We hate to humblebrag, but Flatland has had a big year. Inside the Hale Center, we burned through a lot of coffee gearing up for our October relaunch, where we showed off our new look. But Flatland is more than a pretty face. We’ve also re-tooled our digital focus, finding new ways to bring you into the stories of Kansas City and our region.

We’ll gather no moss in the coming year. Look for continued investigative reports, health and education coverage that digs into the data of the system, a well-rounded exploration of the creative class of Kansas Citians, and, while I can’t (legally) give anything away here, I will hint just a little… we’re going to turn up the heat on the local nom-nom scene.

We’re so excited. All the coffee machines are on high alert.

For a proper year-end round up, we threw darts at people in the newsroom — then apologized — then asked for their most memorable Flatland post from the calendar year. Below is the who and what of our year-in-review.

And until the next milestone comes along, thank you, dear readers. Keep doing you.

Chosen by: Mike Sherry, Reporter
This story illuminated a facet of cancer care that practitioners and administrators know is true but don’t like to admit — that oncology treatment can be quite lucrative for hospitals and clinics.

Chosen by: Janet Saidi, VP of News
This post featured portraits and voices of people “Getting By” — trying to make ends meet — in KC. I love it because it showed that a range of people in our community — young, old, professors, actors, fast-food workers, people like you and me — are struggling to have a good quality of life. We all hit on hard times. And the reasons for that are complicated and worth looking into. With this story, and the entire series, we tried to explore how people are getting by in KC, and the policies in our society that create inequality.

Chosen by: John McGrath, Producer
The Ryan Stokes video. It was a real story about a real problem. It was a big deal to me… to keep his memory alive. As a journalist, that’s what you hope to do.

“Many Americans Are Staying Away From Banks: Here’s What’s Going On With The ‘Unbanked’ In KC.” | Published Aug. 4

Chosen by: Karen Mell, Online Content Director
I’d have to say Bridgit Bowden’s Unbanked story.  It was part of a larger series about Getting By in Kansas City and I thought it was just interesting and honestly heartbreaking while at the same time thorough and challenging. I would like to see a follow up on the topic.

Chosen by: Hilary Becker, Social Media Manager
When looking at analytics, Flatland’s #RoyalCelebration video by Cole Blaise (see below) was the top story of 2015 on social media. It resonated with Kansas Citians’ love of our World Series champs. That being said, there was another story this year that touched people’s hearts not only in Kansas City but nationally as well. Reporter Mike McGraw’s 372 Letters Home: The Paper Trail Of War was shared on Flatland and KCPT’s social media accounts, then picked up by the PBS national accounts. Readers everywhere shared their stories about wartime letters from their parents and grandparents that they had discovered. It was wonderful to share an incredible story that people identified with enough that they felt compelled to share their personal accounts.

The Entire History of KC… in 2 minutes | Published Oct. 1

Chosen by: Kirstin A. McCudden, The Digital Curator
Contributors Alec Bostwick and Hampton Stevens worked non-stop to prepare this slice of local history in time for the Oct. 1 launch of what was becoming Flatland, this digital magazine. The video’s frenetic pace matched the mood in the Hale Center leading up to the drop date. At the time, I was relatively new to the city and even newer to the team, and the symbolic — and KC-centric historical — lessons learned were worth the sweat equity we all put into it.

Chosen by: Carla McCabe, VP of Digital and MultiMedia Content
I’ll go with the gin story, that’s my fave.

“You ain’t seen nothing yet (#RoyalCelebration)” | Published Nov. 6

Chosen by: Cole Blaise, Producer
It’s gotta be #RoyalCelebration. I’m a huge Royals fan, and the team, they took care of the demons, and being a part of it with everyone coming together celebrate… It was magical.

Chosen by: Jonathan Bender, Food Contributor
It’s a chance to understand why Mike (McGraw) does what he does, long past the point when most folks would ‘let it go.’ Fascinating and troubling and inspiring at the same time.

Chosen by: Mike McGraw, Special Projects Reporter
I really liked this piece; timely and the video was very well done.

Do you have a memorable or favorite post from Flatland? Ideas for the types of coverage you’d like to see in the coming year? Let me know: Email kmccudden@kcpt.org or on Twitter @kirstinatorKCPT.

From curiousKC to ‘I’m Your Neighbor’ to teens asking tough questions, I love my new job