The American Restaurant sets a new course for 2017 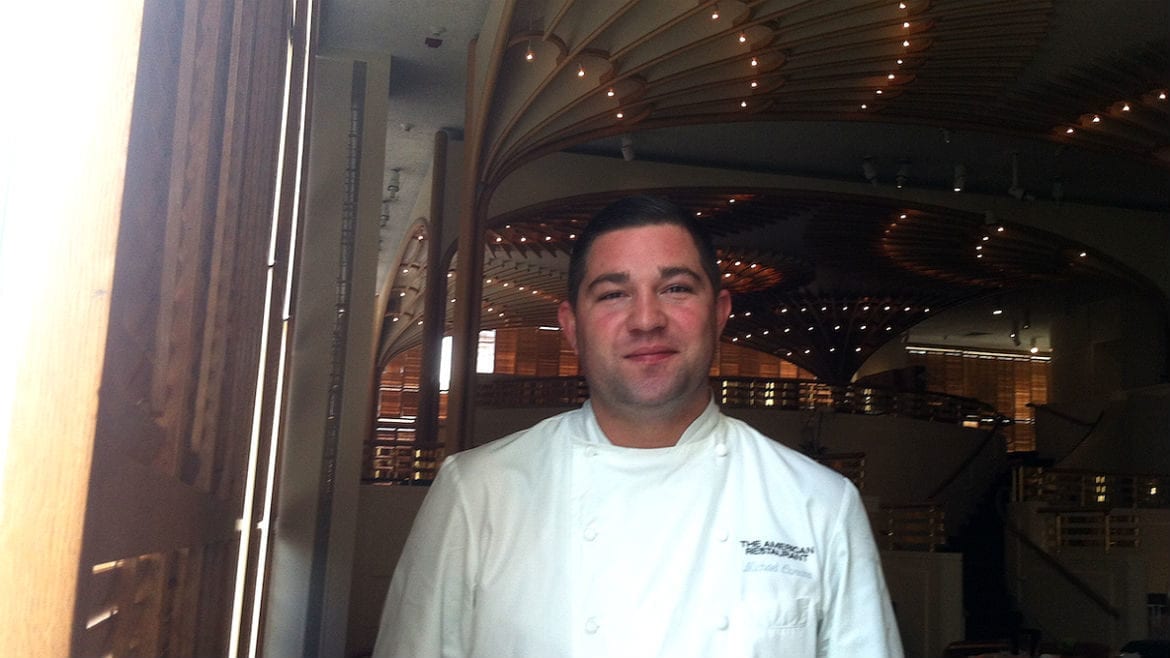 The American Restaurant, one of Kansas City’s signature eateries, is changing course for 2017. The American, located in Crown Center, will host a series of guest chefs next year for what was termed “limited culinary engagements,” in a news release earlier this afternoon.

The reinvention of the restaurant comes with the news that executive chef Michael Corvino will be leaving in August. Corvino has been executive chef for the past three years.

“I’ve had an extraordinary experience over the last three years at The American, and it was a difficult decision for me to leave for my next role,” said Corvino when reached by phone. “I have the greatest respect for the Hall family and the legacy they created for the progression and betterment of Kansas City. Being part of this iconic restaurant, and one of its now finite chef alumni will be a proud part of my history.”

That list of alumni includes chef Debbie Gold, Michael Smith (of Michael Smith and Extra Virgin), Celina Tio (of Julian and The Belfry) and Josh Eans (of Columbus Park Ramen Shop and Happy Gillis, who served as interim executive chef before Corvino.).

“This was an invaluable stepping-stone in my career, and it certainly brought me to my next chapter, which I will be excited to share at the end of my term at The American,” said Corvino.

Anne Deuschle, Crown Center’s Integrated Marketing Manager, explained that the existing kitchen staff will be tapped to run the kitchen after chef Corvino’s departure. Pastry Chef Nick Wesemann, a member of the staff, was named a James Beard Award semifinalist in 2014.

The American will continue to serve a rotating seasonal and tasting menu through the rest of 2016, but will switch to a pop-up and special events space in 2017.

“We’re excited to introduce new patrons to this incredible dining space and offer an array of experiences to meet the evolving taste of today’s diners,” said Stacey Paine, president of Crown Center, in the release.