5 Coffee Drinks to Get a Cooler Dose of Caffeine 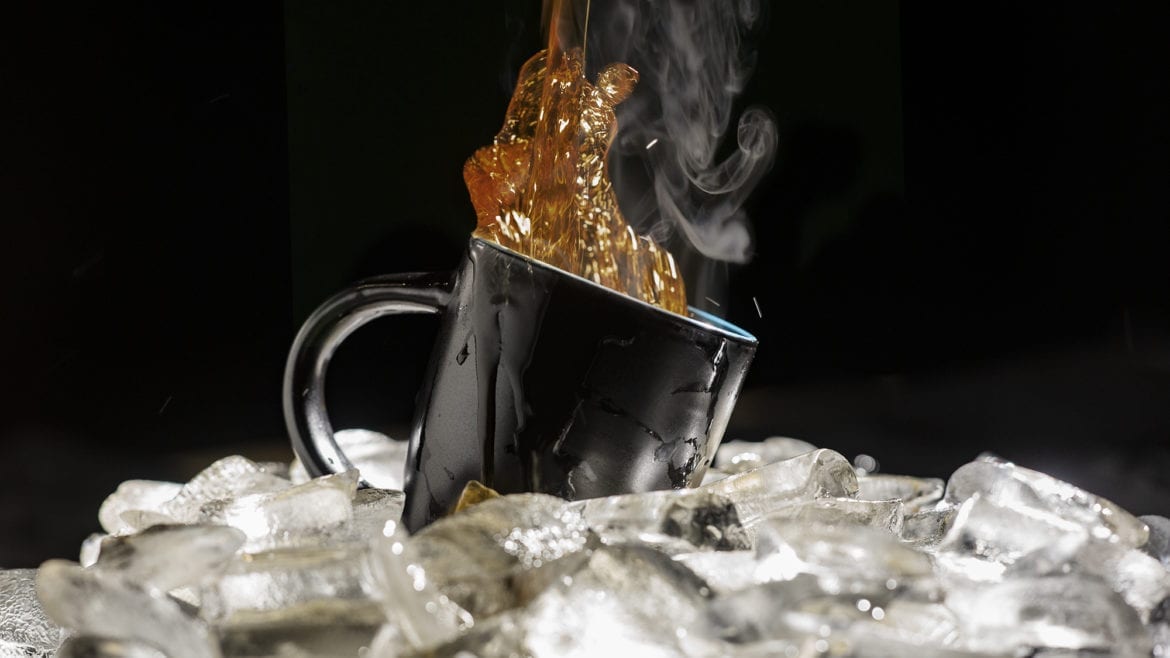 We all have a day in spring when a barista asks if you’d like a coffee drink iced and you take a moment as the sun hits the counter and then you say yes to the espresso reborn as an iced Americano.

With a slate of new cold brew offerings in cans and iced creations on menus, it was time to dive into five ways that you can get a cooler dose of caffeine.

Messenger Coffee has been working on a canned cold brew since last year, when Tulu Gola, a juicy Ethiopian coffee with “peach and floral” notes, seemed like it might be a good candidate.

“We’ve wanted to a cold brew in cans for a long time, we just waited until we had a good concept,” Messenger co-founder Nick Robertson said. [Read about Robertson’s trip to Ethiopia here.]

The cold brew in cans is actually different than what will be found on the menu in the Crossroads shop.

“It’s designed to be drank straight out of the can, while the cold brew in our cafe is a bit sturdier and stands up to milk,” Robertson said.

Messenger modified its cold brew process. The beans are roasted just a “touch darker,” to bring out the “chocolate-y, caramel-y character.” The ground coffee is then steeped for 12 hours and agitated — Robertson declined to go into specifics — to help bring out what Messenger sees as desirable traits in the coffee beans.

“Usually you lose acidity with toddy because you need heat to bring out acidity and complexity,” Robertson said. “We wanted to accentuate those bright notes that makes [the coffee] so refreshing.”

Messenger has also added refrigerated vans to transport the cold brew. Those vans have tap handles on the sides turning them into “rolling kegerators.”

The new cold brew is available at Messenger, and in cans and on tap at the Filling Station coffee shops. It will also be on shelves at the McKeever’s Price Chopper stores (there are 10 in the Kansas City area).

2. Mud Pie Vegan Bakery & Coffeehouse’s Sparkling Cold Brew. It’s assertively fizzy and the color of light cola. You’ll either see it as a new way to experience sparkling water or coffee, or feel that some experiments should stay on the other side of the barista bar.

4. Monarch Coffee’s The Kiko. Monarch Coffee is not afraid to take a mixologist’s flare and wrap it around a coffee drink. The Kiko has a big old ice cube in the midst of a low-ball glass with espresso, burnt sugar simple syrup, orange and Love Potion No. 9 bitters. It’s got hints of an Old Fashioned and you’ll wish that somebody could sneak you a dram of bourbon alongside it.