For Openly Gay Clergy, the Goal Is To Keep the Momentum 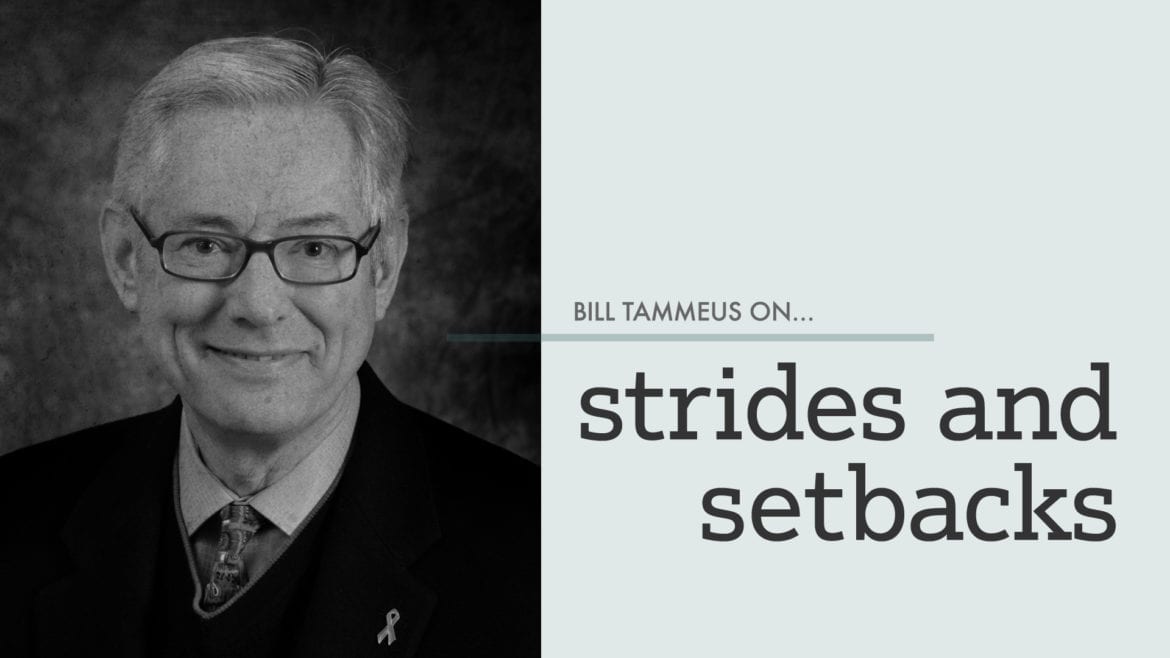 The Rev. Donna Simon says being a female member of the clergy sometimes is tougher than being a gay member. And Rabbi Javier Cattapan says his professional difficulties have more to do with being an immigrant from Argentina with an accent than with being gay.

Those are signs of the welcome reality that many religious communities are getting used to having LGBT clergy. But the Rev. Brian Ellison, a gay pastor who spent years in the closet as pastor of Parkville Presbyterian Church, says the efforts of gay clergy to be accepted are far from over.

“The political and cultural environment today,” says Ellison, “should give gay-affirming Christians great pause about the possibility of retrenchment, of backpedaling on what feel like settled issues. … And before we disband all of our LGBT advocacy groups and before we roll up the rainbow flags and put them away, we probably should be ready to assume that some of this will be lost.”

Simon agrees: “We’re just trying to hang on to the gains we’ve made in the last 10 years because they’re under attack.”

The experiences of Simon, Cattapan and Ellison represent the sometimes-heartbreaking stories about how gay clergy have sought to serve faith traditions they love. But, finally, a growing number of faith communities have begun to accept clergy who are out of the closet and even to celebrate their gifts for ministry.

Their journeys reveal the wide range of experiences — some dehumanizing, some celebratory — that LGBT clergy everywhere have had to live through to gain the sometimes-fragile amount of acceptance they’ve achieved.

Simon, for instance, graduated from seminary in 1999 but didn’t receive a call from a congregation for several years. And when she did, the congregation hired her despite denominational rules forbidding openly gay clergy. It wasn’t until 2009 that the ELCA changed its rules about that, formally accepting Simon as a legitimate pastor.

She also chose a quiet path of advocacy for other LGBT people seeking ordination: “I decided early in my ministry that I wasn’t going to be like a Teutonic knight. I was going to let my presence and my ministry talk for me. I don’t feel like I need to go into every room and raise a banner for LGBT people. And quite honestly our church (St. Mark) is much more focused on income equity and the cultural divide along the Troost corridor, especially vis-a-vis race and class. That’s just what God puts on our hearts to be doing right now.”

Cattapan’s route toward ordination as a rabbi began in the Catholic Church he grew up in, in Argentina. As he was coming to terms with his sexual orientation, he also was studying philosophers and classic literature with friends. Eventually, he says, he found that Judaism felt like his spiritual home. So at age 18 he started seminary in Argentina but eventually transferred to Hebrew Union College, a Reform Judaism seminary in Cincinnati, because it would ordain LGBT people while the seminary in Argentina then wouldn’t (though now it does).

When Cattapan was hired to fill the spot at Beth Torah created by the retirement of its founding rabbi, Mark Levin, he says being gay wasn’t an issue: “To be honest, the most discrimination that I actually found — and some of it was more overt than others — was not about the gay question but about my being an immigrant.” Some people expressed fear that because he had an accent “we won’t be able to understand you.” But his accent is quite minimal.

Despite progress for gay clergy, says Ellison, “This work isn’t done. This conversation isn’t over. Victory has not been assured. It’s incumbent on every congregation, every denomination, to continue to ask: Are people who already have overcome a certain amount of overt discrimination or subtle exclusion just to get in the door… now being truly given every opportunity to serve and truly being given equal standing at the table?”