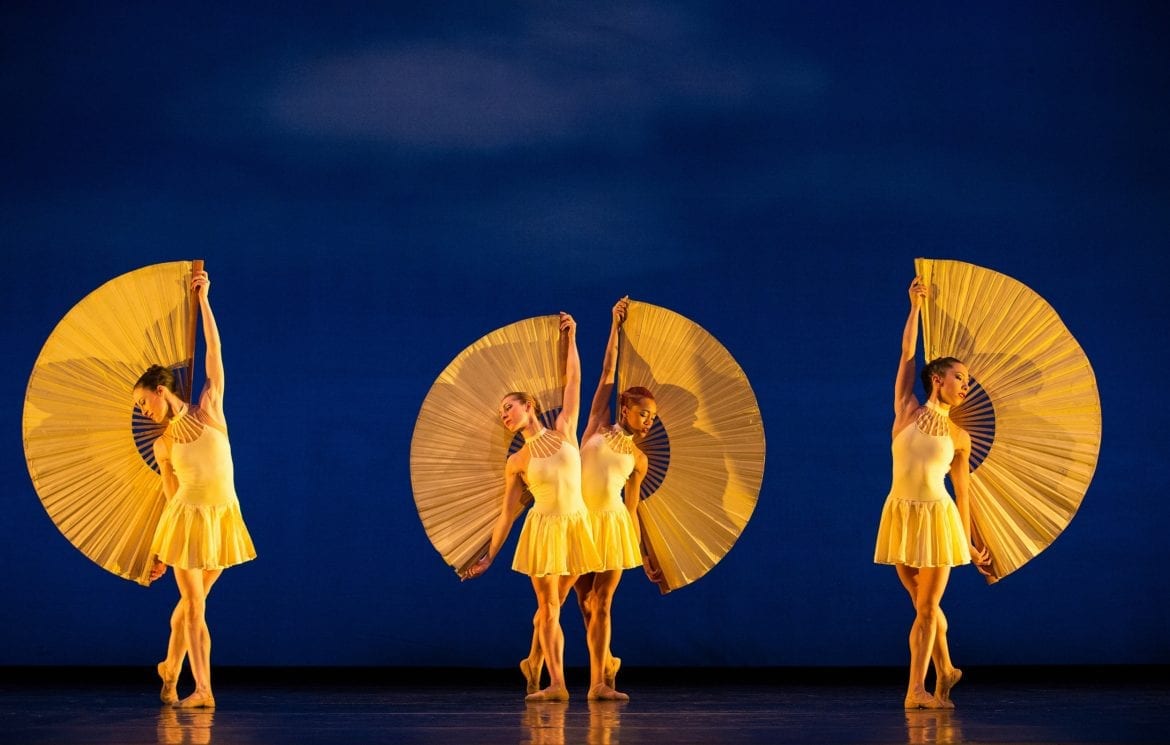 The internationally-renowned, wildly innovative dance and aerobatics troupe MOMIX is at the Lied Center on Friday.
Share this story

Friday is No Housework Day. That means you have the perfect excuse for not spending all your time at home wrangling dust bunnies. Instead, why not get out of that oh, so messy house and see what the city has to offer? Flatland has culled the best of all that’s happening around town.

That does not, unfortunately, include Royals home games. Baseball is back, but the team isn’t home yet. After opening the season in Minnesota, the club plays three in Houston before Monday’s much-anticipated Home Opener against the Oakland A’s. Sporting KC is at home, though, with a match against the Colorado Rapids on Sunday night at Children’s Mercy Park.

While you are avoiding housework, you might as well enjoy First Friday. The weather should finally be dry, so you won’t get wet while seeing a new mural by Phil Shafer, aka Sike Style, at Pathfinder Health Innovations. Ditto for Formation Equations at Jones Gallery and a group show with works by Jim Sajovic, Miguel Rivera and Hugh Merrill at Todd Weiner Gallery. The 10th Annual Human Form Show at Hilliard Gallery will be worth a look. Leedy-Voulkos currently has two shows, “Creatures of Excess” by Angie Piehl and Noelle Stoffel’s “Over the City.”

Traditionally, Sunday is the day for Christian worship. This week, though, Saturday night will be filled with people making a joyful noise. Christian popster Chris Tomlin brings his massive “Worship Night in America” tour to Sprint Center, with support artists Big Daddy Weave, Phil Wickham, Zach Williams, Mosaic MSC and Jason Barton filling out an overstuffed bill. Or, if you like your worship music with a little more soul, check out The Gospel Experience with Kirk Franklin on Saturday night at the Music Hall. You might know Franklin, if you read snooty East Coast magazines, from a profile earlier this year in The New Yorker.

Dance fans can avoid housework by watching ballet. “The Sleeping Beauty,” a classic, has one more weekend at the Kauffman Center. Or, for movement that’s a little more modern, check out the internationally renowned, wildly innovative dance and aerobatics troupe MOMIX at the Lied Center in Lawrence, Kansas. The not-to-be-missed performance, “Opus Cactus,” happens Friday night at Lied.

Pop fans can avoid cleaning by heading up to Lawrence. Anyone who likes boogie-woogie rock, with a heavy dose of the Small Faces and a heavier dose, pun intended, of Grateful Dead-style jam bandery, should get to the Granada on Friday to see the Chris Robinson Brotherhood. Robinson formed the group after the Black Crowes split, a band, ironically enough, that had his actual brother in the lineup.

Simple Plan, the inoffensive, nasal melodic party-pop band from Canada, plays The Granada on Saturday night. You might have seen them play on the Vans Warped Tour or performing at the 2016 NHL Winter Classic. Their Saturday night show is sold out, so you’ll have to find tickets from secondary sources.

Lovers of the Latin sound will dig Trio Virado, a collaboration featuring Amy Porter, Juan-Miguel Hernandez and João Luiz, performing on flute, viola and guitar, respectively. Expect everything from spicy tangos to rearranged works from the classical canon on Friday night at the JCCC. This video will give you a sample of their lovely, light and airy sound. 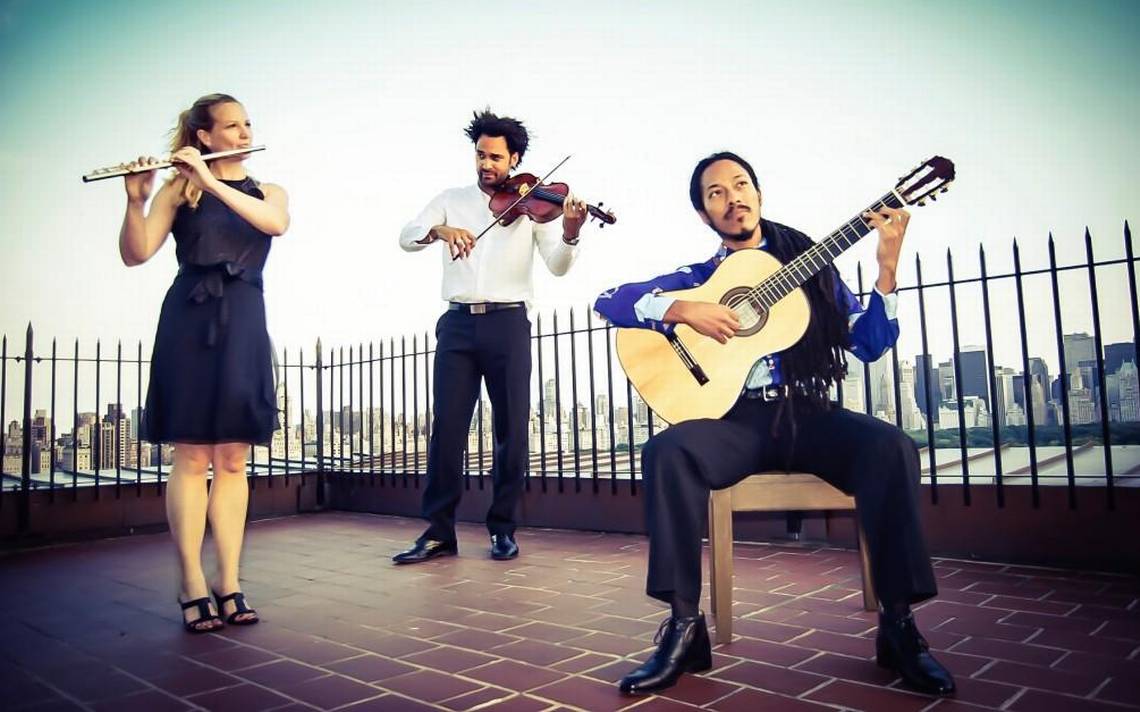 Jazz is messy, if deliciously so, and Donny McCaslin is one of the best at capturing that sloppy fun. McCaslin played saxophone on David Bowie’s 2016 album Blackstar, for instance, which is no mean feat. He’ll play sax for you, joined by the rest of his Donny McCaslin Group on Friday at the Folly Theater. Jazz lovers also might like the American Jazz Museum’s Lifetime Achievement Awards Ceremony. Jon Batiste, currently the house bandleader on “The Late Show with Stephen Colbert,” is the evening’s honoree.

Country music lovers have a couple of choices on Thursday night. Elder statesman and Rhodes Scholar Kris Kristofferson performs at the Uptown Theater. In Lawrence, the southern rock group Whiskey Myers plays The Granada. Their gritty style is complimented by two new additions to the band. Expect a lot of facial hair — some of it could probably use a good cleaning.

The classical music calendar is a little thin, but makes up for in quality what it lacks in quantity. Two absolutely gorgeous operatic voices will be at The Folly, courtesy of the Harriman-Jewell Series, with a duo recital featuring Lawrence Brownlee and Eric Owens. Brownlee, who first sang for the series in 2009, was described by no less than The New York Times as one of three tenors in “a new golden age of high male voices.“ Bass-baritone Owens also has honors out the yin-yang. Musical America, for instance, just named him 2017 Vocalist of the Year — and it’s still only April. The pair joins forces for this world-class night of erudite entertainment on Thursday night.

Live theater is a whole lot better than housecleaning. But you have to hurry to see “She Loves Me” at Musical Theater Heritage, which closes on Sunday. The same goes for “Avenue Q,” the musical puppet show, which closes on Saturday. You have a little more time to catch “A Raisin in the Sun” at The Rep and “Tennessee Playboy” at Metropolitan Ensemble Theatre. Both close next weekend. We’re not quite sure what to make of “Straight Outta Oz.” Created by actor, American Idol finalist, Beyoncé choreographer and YouTube star Todrick Hall, it’s a new take on “The Wizard of Oz,” with more than 20 original songs. Expect, at the very least, flashy sets and costumes, and tons of energetic dancing. The kid-friendly performance happens Saturday night on the JCCC campus.

The Kansas City Film Fest offers five straight days of reasons not to clean. From today through Sunday at Cinemark on the Plaza, you can catch dozens of screenings, full-length and shorts, along with a full slate of panels and seminars. Fans of the canine set will want to catch the fest-within-a-fest Dog Film Festival, two different 75-minute programs of short films that celebrate our four-legged friends.

For comedy this week, you’ve got Adam Richmond at Stanford’s. His material is a lot earthier than you might expect from someone with a philosophy degree. At the Improv, you can catch Michael Blackson, best known for appearances on BET and a small, but memorable role in “Next Friday.” There’s a fat comedy bill at The Midland, too. They’re calling it the Comedy’s Most Wanted tour, and it features JJ Williamson, Lavell Crawford, Dominique, Corey Holcomb and D.C. Young Fly. That show is Friday night, so even if your house is filthy, you can laugh about it.