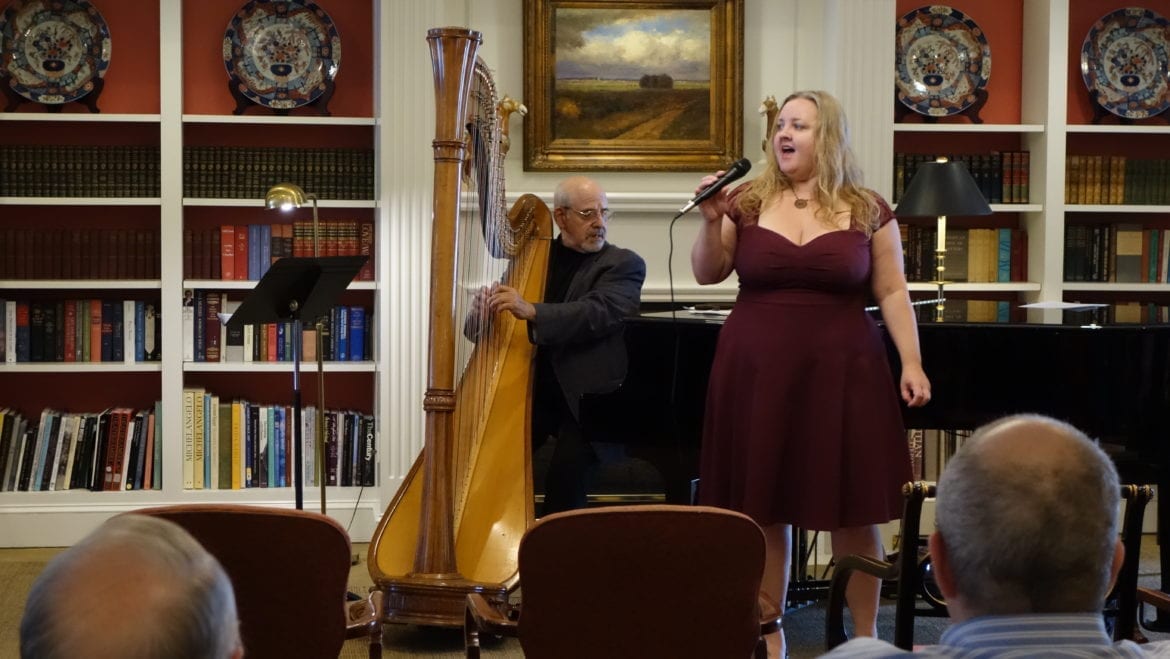 Head into the common room in nearly any senior care center, and you will typically find the same scene — a pleasantly-decorated room filled with residents of varying ages and mobility trying their best.

Trying to enjoy the most of their time with activities, to ignore the hospital-like feel of medical machines and care providers shuffling back and forth and to see past the spectre – the implication – of finite time that permeates the hallways.

And all of that trying takes its toll.

Many times these residents are tired. Others seem weary from a weight beyond physical fatigue. Some are slouched. Some sleep. And some pass their time simply watching or staring in silence.

Last Wednesday, in the common area of Bishop Spencer Place, a senior care center in Kansas City, Missouri, the setting was very similar. And in the silence, one might callously have described the mood as somber.

But moments later, the room was transformed. Blank faces were wiped away and replaced by bright, toothy smiles. Immobilities were gleefully ignored, and tired eyes became filled with joy.

The miracle treatment was delivered by local musicians Heather Thornton and Michael O’Shiver, who ran through a songbook setlist of golden-era hits. Thornton belted out clearly well-trained vocals, while O’Shiver effortlessly jumped back and forth from piano to harp – sometimes playing both at the same time. 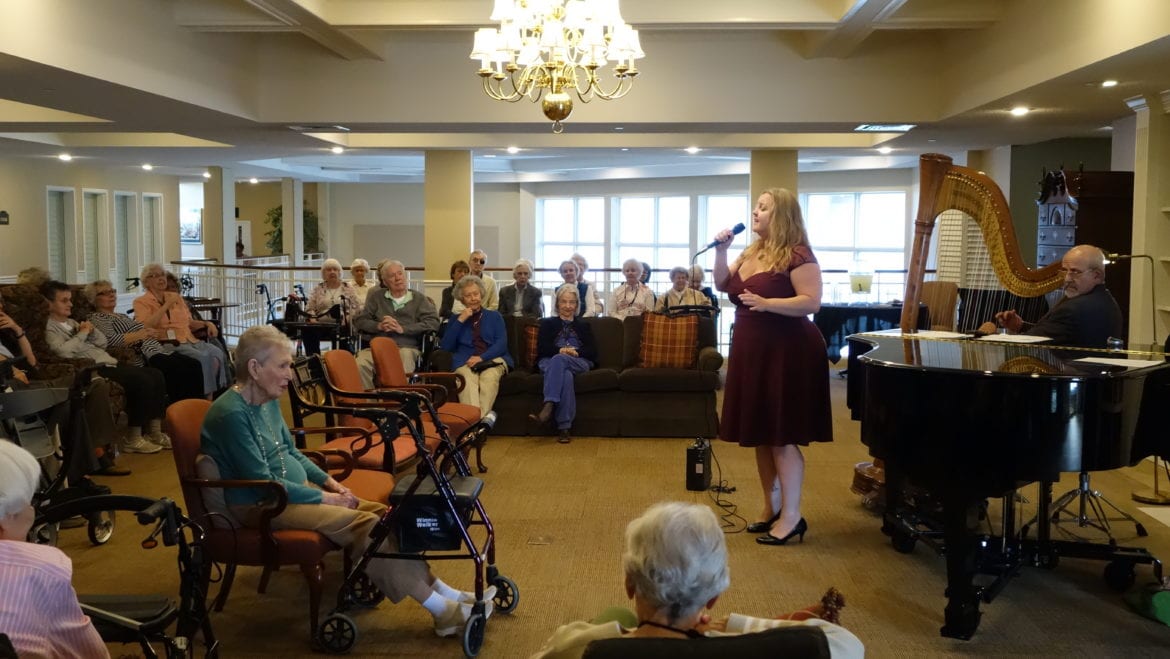 Residents laughed at the artists’ lounge-style banter between songs, swayed, and sang along with the hits. And – even if only for a moment – they all seemed young again.

For Thornton, who has performed for seniors for 18 years, this type of momentary metamorphosis is common and serves as one of her favorite perks.

“At first, playing music for seniors started out as just a job, but once I saw the effect it was having, I was touched and just wanted to be that person who gets to bring the smiles to all these people,” Thornton said. “So many of these residents who suffer from Alzheimer’s or dementia and couldn’t remember yesterday, suddenly remember all of the words to their favorite songs. That connection to those melodies opens a flood to memories.”

Though his experience has been different, local artist Calvin Arsenia has similarly learned about the healing power of music. The multi-instrumentalist, who is best known for his stellar vocals and genre-bending harp skills, has been performing for seniors for the last three years.

And while Arsenia’s work in the care centers has been more focused on playing relaxing harp-based music, he has recently pushed into playing more recognizable hits – with positive results. The work requires some research into older eras of music and a lot of trial and error, but Arsenia is pleased to provide the residents the service.

“I’ve always seen a healing power in music, and I was looking for musical opportunities that weren’t in a bars or at local venues,” Arsena said. “I’m not a qualified therapist, but I think there is something to be said about music’s ability to alleviate stress and calm the mind that allows for a place of healing, where the immune system can be rejuvenated.”

For their part, medical researchers have conducted some studies in the area in search of data to support some of what Thornton and Arsenia have experienced in their work, but the trials have been limited.

Dr. Brenda Hanna-Pladdy, Ph.D, a clinical neuropsychologist and associate professor of neurology at the University of Maryland, conducted a study on the effects of music on cognitive aging while she taught at the University of Kansas Medical Center’s Landon Center on Aging.

“Across the country, the big push has been to look at exercise and how it affects cognitive stimulation,” Hanna-Pladdy said. “I was more interested in lifetime impacts on cognitive ability. We know through studies that education is the biggest buffer for age-related cognitive decline. And I liked the idea of music as an educational component that’s very stimulating. It seemed like a nice thing to pursue, so we did a quick and dirty study. We didn’t expect that much attention.”

The study’s findings were released in 2011 to some fanfare from major publications that misinterpreted the data to suggest that music instruction at a younger age could be cure for Alzheimer’s disease.

In actuality, Hanna-Pladdy’s study employed a set of clinical neuropsychological tests to measure cognitive abilities in subjects and generally found that study participants who had played and received instruction on a musical instrument for 10 or more years generally scored higher on those tests. Consequently, the findings suggested a linear relationship between musical participation and cognitive ability in older individuals, not conclusive data of the cognitive benefits of playing music.

Nevertheless Hanna-Pladdy recognizes that there is something in music that seems to cause changes in elderly listeners. She lamented the lack of research funding in the area, but said there is growing interest in discovering more about how music can affect the brain later in life.

“Music memory is a fascinating thing, because it’s not just the memory of the notes. There are emotional elements that are embedded in the memories of music,” Hanna-Pladdy said. “[Alzheimer’s] tends to affect what we call declarative memory, which is your conscious recollection of certain events. My guess is that hearing music allows people to access more of the implicit memory system – the one that you don’t have a conscious recollection of. And that has the effect of arousing people and orienting them.”

But in the end, maybe this is just one question science can’t answer.

“There is just something about the music,” Hanna-Pladdy said. “And it’s really a question of what it is about music that makes everyone passionate. It’s kind of indescribable.”