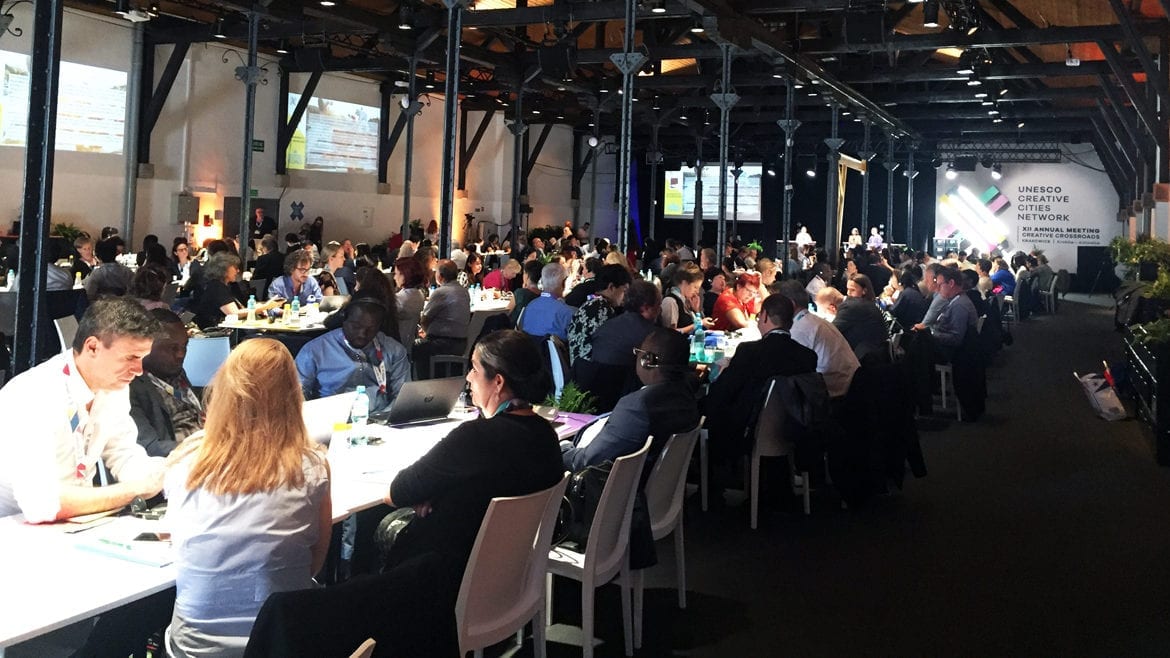 A few quietly celebrated last fall as Kansas City was officially designated a “Creative City of Music” by The United Nations Educational, Scientific and Cultural Organization.

And though the UNESCO announcement met little fanfare, that hasn’t dampened the spirits of an excited delegation from KC that traveled to Poland this week for the next phase of the honor – collaborating with delegations from 180 cities worldwide to find ways to develop a sustainable local economy around the arts.

Mayor Pro Tem Scott Wagner, who was heavily involved in the application submitted to UNESCO, felt compelled to assist in the process.

“To be the country’s first City of Music was very appealing and as we promote our musical heritage locally and externally, this seemed like an opportunity to validate our musical legacy on an international stage,” Wagner said in an email from Poland. “It is what we make of it, but if we use this designation to its fullest extent, we can draw global interest in Kansas City that will mean great tourism interest. That interest can bring new business and development opportunities.” 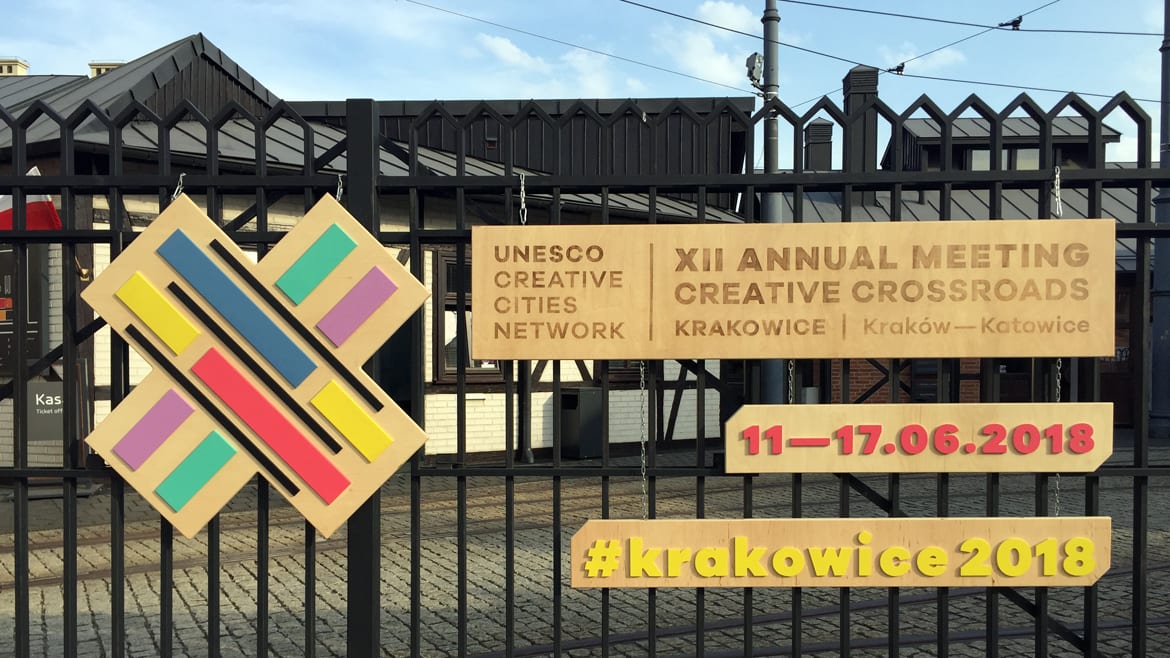 The designation is part of UNESCO’s Creative Cities Network program, which it created to promote efforts by cities that have identified creativity as a strategic factor for sustainable urban development. Applicants to the UCCN typically do so under one of its seven creative fields – crafts and folk art, design, film, gastronomy, literature, music and media arts.

Kansas City’s application was submitted in June 2017, as the result of the efforts of the Wendell Phillips neighborhood association; Jacob Wagner, director of Urban Studies at The University of Missouri, Kansas City; Anita Dixon, jazz advocate and former Executive Director of the Mutual Musicians Foundation; Mayor Sly James; and Scott Wagner.

Though the designation is a certainly a win for the city in general, initially Jacob Wagner and Dixon sought to have the 18th & Vine District designated as a UNESCO World Heritage Site as a way to preserve its history.

“We looked at both the Creative Cities Network and the World Heritage program as a way to reframe the musical and cultural heritage at 18th & Vine as world heritage,” Jacob Wagner said. “Because we thought the world gets the importance of the district, so why doesn’t Kansas City get it? The district overall has really struggled to implement a preservation strategy to maintain the existing buildings. So we really wanted to try to shift the conversation.”

In the process, the group discovered the UCCN program and perceived it to be a necessary step in the right direction toward preservation. The city was formally designated on October 31, 2017, and City Council formally accepted the designation this February.

But this week is when the real work begins. Central to the mission of the UCCN is the Annual Meeting, which is co-hosted in Polish member cities Krakow and Katowice, and continues through tomorrow. 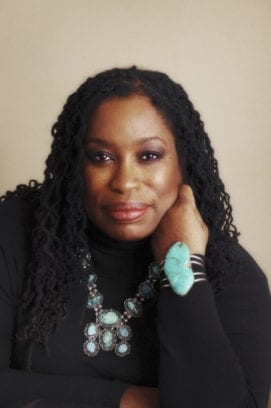 “Being the only United States music city under UNESCO, we have a responsibility to make sure that the music of America is front and center – gospel, jazz, blues, country, folk, and the cultures that surround them.” — Anita Dixon,  jazz advocate, former Executive Director of the Mutual Musicians Foundation, and one of Kansas City’s delegates to the UCCN annual meeting in Poland

Kansas City’s delegation at the conference includes Jacob Wagner, Dixon, and Scott Wagner, who will participate in sessions and seminars throughout the week. And while building economies around the arts is certainly an important part of those discussions, Jacob Wagner said many of the ideas will be aimed at combating bigger picture problems like poverty, discrimination and climate change.

Dixon said she hopes the lessons she learns from the conference will provide the group with the tools needed to continue preserving the original buildings in the 18th & Vine District. And she believes highlighting the historical and cultural importance of the music made there is central to that goal.

“Being the only United States music city under UNESCO, we have a responsibility to make sure that the music of America is front and center – gospel, jazz, blues, country, folk, and the cultures that surround them,” Dixon said. “If we are able to convey the message of how important that is, then maybe people will stop politicking around the culture and music and start investing what they need into it.”

Considering the state of the District, you have to agree with her. For music lovers, this city’s chapter in the rise the jazz movement is easily one of its most important cultural contributions to the world and an inarguable source of pride. But if it’s so important to our cultural and historical identity, why are residents so apathetic about the gradual decay of the very place where that chapter in history occurred?

There is certainly blame to go around. Poor property management, a statistically misplaced perception of crime, and a lack of daytime businesses are viable culprits. But whatever the problems facing the district, they can be remedied. Yes, it involves money, dedication and the right ideas, but other U.S. cities have found ways to make it work. Jacob Wagner cited Frenchman Street in New Orleans as a perfect example. That area was supported and revamped by the city and now thrives nightly with both local visitors and tourists.

Though much of their efforts were aimed at preserving 18th & Vine, Jacob Wagner sees this designation as something that will benefit all areas of music in the city.

“Because it’s a music designation, it pulls in the whole city at-large. Downtown, Westport, the UMKC Conservatory of Music and Jazz Studies, new clubs and existing festivals will all benefit from the designation,” Jacob Wagner said. “And it will have a way of connecting these unconnected dots in a way that will allow us to get policy, plans and support in place to continue that growth and reinvest in neighborhoods, musicians, and creative people who are already making it happen.”

Much has been said nationally – and throughout this column – about Kansas City’s fledgling cultural boon. And while it may be easy to dismiss this UNESCO designation as an international pat on the head, the group of applicants seems dedicated to using the conference to crowdsource ideas that will help continue the city’s upward cultural trajectory.

And if the group’s post-conference accomplishments match even a fraction of their passion for the cause, Kansas City’s music scene has a bright future in store.