The Story of the Santa Fe Wanderers

A better life and the beautiful game 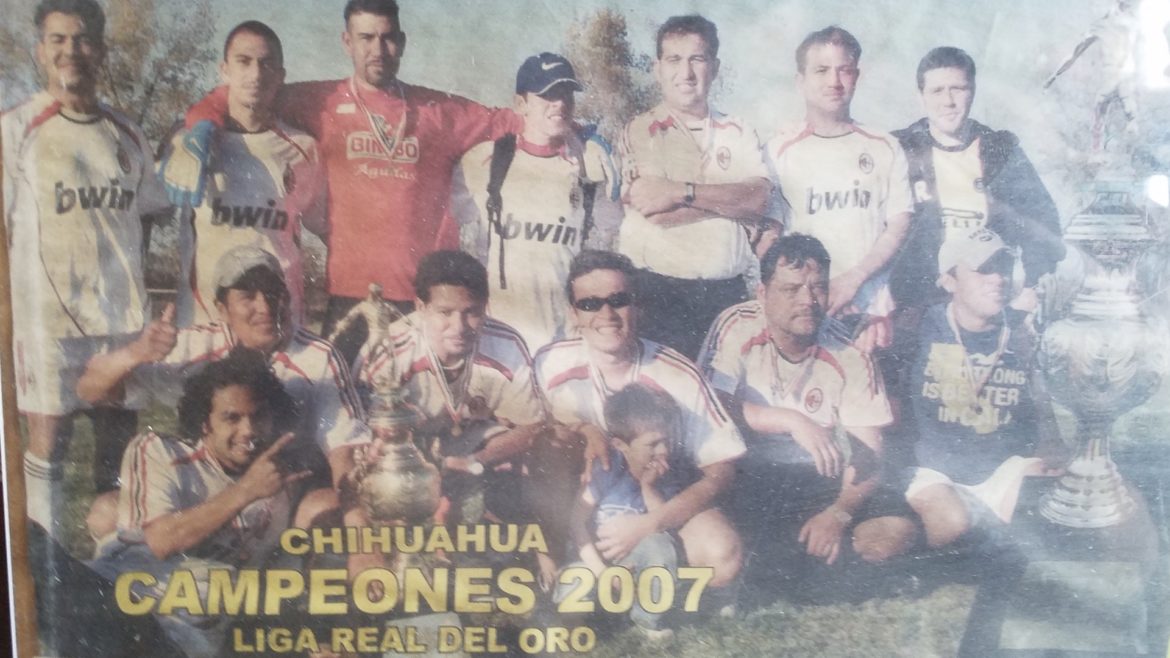 To say Luis Cadena plays for the name on the front of his jersey would be an understatement.

Cadena’s a Wanderer by blood.

“He struggled quite a bit in the beginning,” the 26-year-old said, quietly recounting a few details of his father Lorenzo Cadena’s search for a better life in the United States.

That journey began in 1986, when the senior Cadena left his home and college enrollment in Chihuahua, Mexico, behind. The first stop out of Mexico was El Paso, Texas. He eventually made his way to Kansas City.

“He got here, he didn’t know anybody, he didn’t speak the language. He was living under the bridges in downtown Kansas City,” Cadena said.

“Over time he eventually started up his own business and his brothers were now in Kansas City as well — brothers in law and other family members. The community started to grow,” Luis Cardena said.

And where the Cadenas are from, where there’s community, there’s soccer. Afterall, what’s a better life without the beautiful game?

In 1998, Cadena, along with his brother Alonzo and a few friends, founded “Club de Futbol Chihuahua” — the team of most humble beginnings in the top tier of the Kansas City, Kansas Soccer League, the most competitive adult league in the state.

Sundays during soccer seasons start in the church and finish on the pitch. And while the two-part tradition spent with friends and family stuck, the club’s original name did not.

Just before the turn of the millenium, “Club de Futbol Chihuahua” became the “Santa Fe Wanderers” — a nod to Lorenzo Cadena’s odyssey into the unknown more than 10 years before.

“It was a team truly founded by immigrants,” said Luis Cadena, who took over his family club as the Wanderer’s player/owner in 2016. It was the logical next step for the then-college student, who spent a handful of seasons as a Wanderer, dating back to when the adults decided he was talented enough to be rostered.

Cadena played two years of college soccer at Johnson County Community College, then two more at MidAmerica Nazarene University. When it comes to his lifelong bond with soccer, along with his education, all of the credit goes to his father and the bold decision he made so many years ago.

In more than 20 years since its creation, the Wanderers have been a regular in the KCKASL, which fields a handful of other immigrant-centered teams from all over the world. Under Cadena’s leadership, the club has expanded to compete in other semi-pro or regional leagues across the Midwest, like the new Great Plains Premier League and fields a roster that’s competitive as ever.

Additionally, the club recently launched its youth program and has plans to support the next generation of players to come out of their community.

“We made it a tradition way back when the team was founded and just kind of found it as a gathering place for the family to reunite. Soccer kept the family tied together no matter which directions we were heading in life. It was just the meeting place for us,” the second-generation Wanderer said.

“It touches back to the origins and the roots of where we came from.”