Nelson-Atkins Obtains Rare Image of Slaves Working on a Plantation 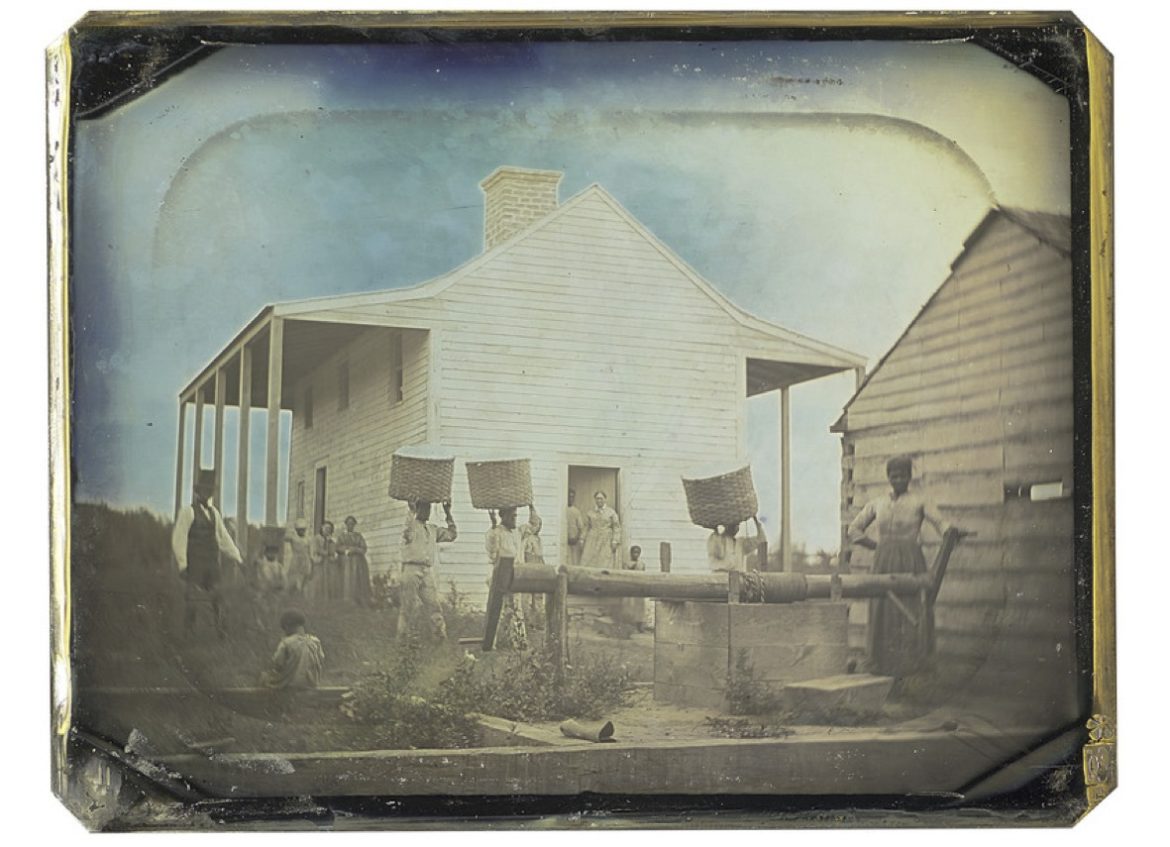 Enslaved people stand outside at a modest Green County, Georgia, plantation hoisting baskets of cotton on their heads as their owner looks on.

The image, recently gifted to the Nelson-Atkins Museum of Art, just might be one of the rarest of its kind.

Jane Aspinwall, curator of photography at the Nelson-Atkins, is mesmerized by the image. She says the daguerreotype is possibly the earliest photographic image of slavery in America. It’s also the only known antebellum image of slaves posed with a product that became the driving economic force in the South – cotton.

“It’s a little bit befuddling that we don’t have any other images of this subject matter,” Aspinwall said.

Daguerreotypes, developed through a process invented by Louis-Jacques-Mandé Daguerre in 1836, are images transferred onto a small sheet of copper plated with a thin coat of silver. These resulting images are noted for their mirror-like sheen.

They were primarily used for portraits – of President Abraham Lincoln for example – in the 1850s. And while there are other daguerreotype portraits of enslaved African Americans from 1850, there are no other known images like this – showing a more middle-class plantation owner with enslaved people.

The image lifts the veil on how pervasive and normalized slavery was at that time, said Kansas City-based art educator and artist Harold Smith.

“The importance of seeing this work in the Nelson-Atkins demands that we think of one of the uglier and unsung aspects of chattel slavery,” Smith said.

Few records exist of what life was like for slaves, and this image offers an inside look. Unposed, in clear daylight, viewers see men working, a woman looking straight at the camera and a child, his back turned. The white overseer is at the left of the composition.

The plantation pictured was believed to be owned by Samuel Gentry. According to Federal Slave Schedules from 1850 and 1860, only a few Gentrys lived in Georgia at the time of the photo. Samuel Gentry was the only one to own at least 10 slaves.

There are at least 10 in the image.

Though the image is not yet on display, Aspinwall said her team has discussed putting together a small-scale show. The museum has other abolitionist material, such as portraits of free black and enslaved people. This image would help piece together the history.

The daguerreotype was purchased at auction on Nov. 15 for $324,500 by the Hall Family Foundation, which has gifted it to the Nelson-Atkins.