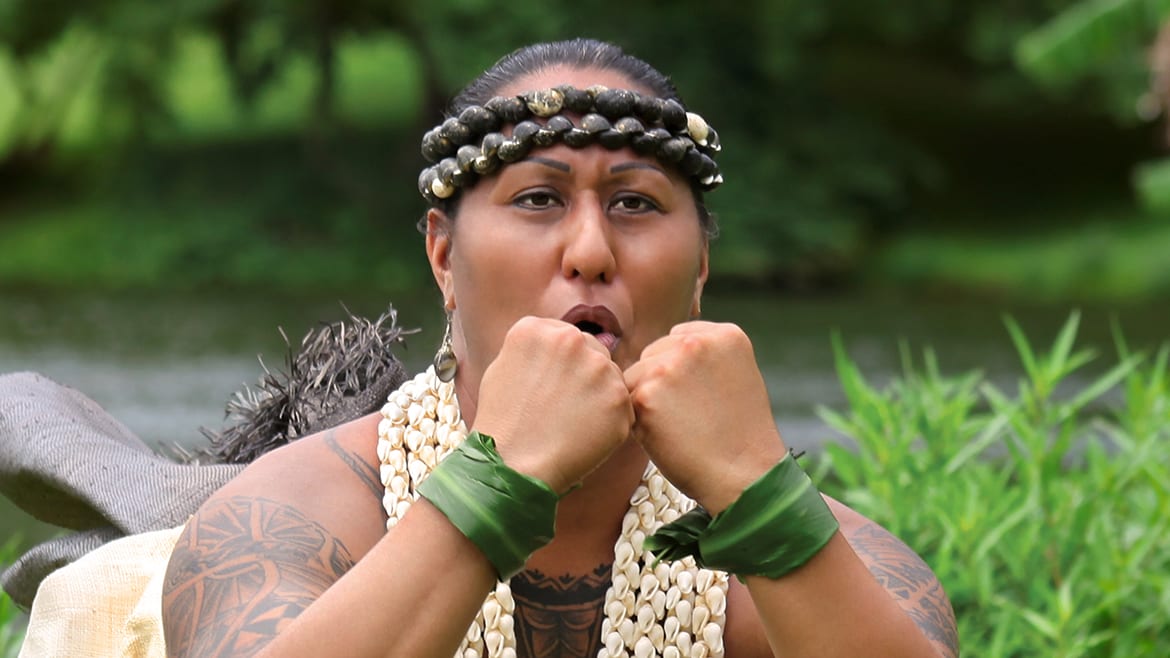 "Kumu Hina" shares the inspiring story of Hina WongKalu, a transgender native Hawaiian teacher and cultural icon who brings to life Hawaii’s traditional embrace of mahu — those who embody both male and female spirit. (Photo by Qwaves, LLC)
Share this story

“Kumu Hina,” a new documentary exploring the journey of a transgender Hawaiian woman, airs tonight on Independent Lens at 9 p.m. on KCPT.

Kansas Citians got a sneak peek of the film in April at KCPT’s Community Cinema series. After the film, community partners from the Transgender Institute and Transas City, a local website dedicated to transgender and transexual issues, discussed generational and cultural differences that influence transgender identity.

Transascity.org creator Una Nowling and her wife, Fiona, co-authored a reflection of the film. An excerpt follows, and you can read the whole review here.

“Kumu Hina” is a documentary film about the life of Hinaleimoana Wong-Kalu (Hina), a teacher of the traditional dance of Hawaii and a transgender woman. The film focuses overtly upon four aspects of Hina’s life: her attempt to teach a group of male students at Hālau Lokahi Public Charter School how to perform traditional Hawaiian dance, her mentoring of a transgender boy (Hoonani Kamai) who is attempting to join the male group, her work as the chair of the Oahu Island Burial Council, and Hina’s relationship and marriage to her Fijian husband, Hema.

But there is a continual subtext of a fifth aspect to Hina, which is the story of the traditional transgender people of Hawaii and the Pacific Islands, who are called māhū*. (Please note that use of the term māhū should be done with care, as its meaning is complicated. It generally refers to “third gender” persons who may not necessarily consider themselves “transgender”. It has also been used as a slur in recent times, along the lines of “tranny,” although this is not universal. In several instances in the film Hina refers to herself as māhū and transgender, so I feel I can use it here with caution.) The māhū have been a respected part of Hawaiian culture since antiquity and were noted as existing by the first Europeans who visited the islands. However, with the influx of European Christianity and its missionaries, several attempts were made over time to demonize and criminalize the māhū out of existence. For Hina, teaching the language, the dance, and working with a young transgender boy is part of her work to preserve the māhū culture.

Helping those whose love knows no bounds