Immigration is tough. Got a question? 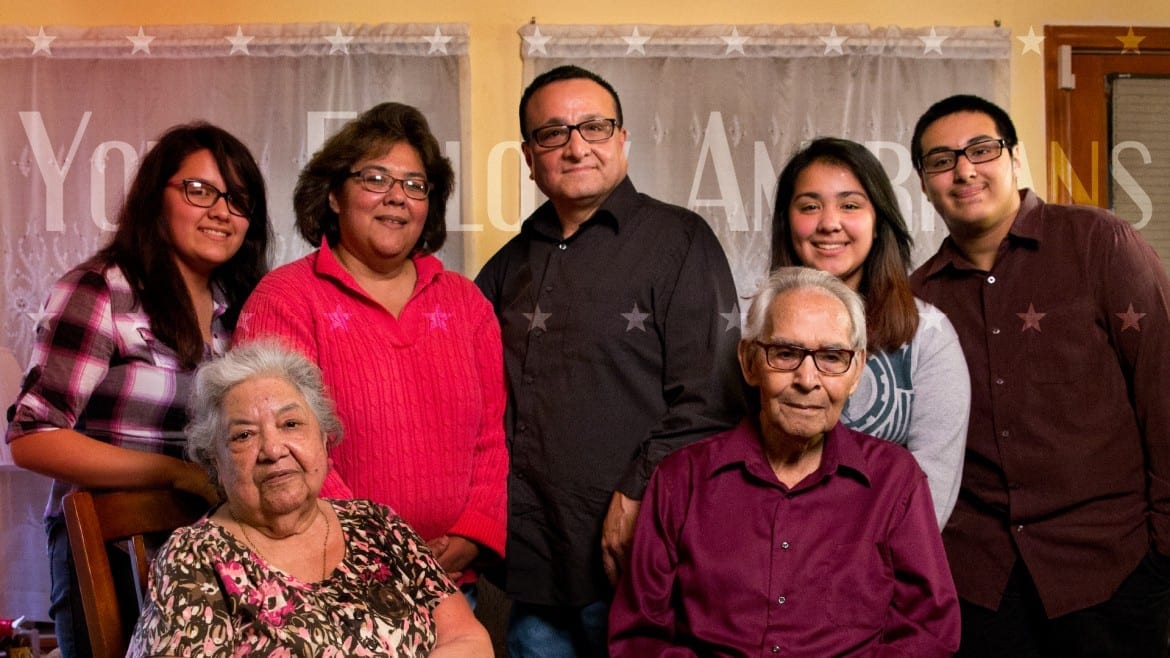 In December of 2014, the Your Fellow Americans team talked with a Mexican-American family in the Kansas City area about their thoughts on race, immigration, and the American Dream. We joined the family around the dinner table of Mac and Velia Salazar, a husband and wife who were both born in Kansas on February 28th, 1925. Irene, one of their nine children, is married to Ryan Caudillo, a third-generation Mexican-American who was also raised in the Kansas City metro area.

Together, Ryan & Irene have three children – Julia, Sophia, and Olivia – all of whom identify as Mexican-American, even though they don’t speak Spanish and don’t have firm roots to the Latino culture. While the children understand that Ryan & Irene focused on teaching them English in order to provide them the best opportunities possible, all three children wish that they had a stronger tie to their Mexican-American heritage.

“They’re just looking for the same chances to succeed as we have, but that one piece of paper that they’re missing – everyone focuses on that.” – Irene Caudillo

In this week’s video, the family discusses issues of immigration, and motivations for their ancestors to have moved to America from Mexico.