The Katz Drug Store sign, a once iconic streetscape fixture in downtown Kansas City and beyond with its happy cat sporting a bow tie, has a new life thanks to LUMI, a  museum dedicated to neon signs.

A 10-foot tall replica of the Katz sign has been fashioned by Fossil Forge, a Lee’s Summit firm specializing in restoring and fabricating signs. Ultimately, the sign will be part of a neon museum slated for the planned Pennway Point downtown entertainment district.

“I remember how the Katz sign was so exciting to see in my childhood,” said Nick Vedros, founder of LUMI. “It was sort of like the Holy Grail, if I ever found one it would be fantastic.”

Vedros never recovered an original sign. They apparently wound up in the scrapyard after the Katz chain was bought in 1971. But he learned enough restoring other neon signs to calculate the approximate cost of fabricating a new one.

With the financial help of friends and LUMI benefactors Fred and Jami Pryor, Vedros commissioned Fossil Forge to fabricate a new sign.

The firm is owned by Ben Wine and Dave Eames.

“I went through old photos of different signs over the years, there were three or four versions, and took a mashup of all their features to make a homage to all of them,” Wine said.

“It was probably the most challenging sign we’ve made, not only the design but the engineering,” Eames said.

The sign built by Fossil Forge is 10 feet tall and eight feet wide. It will rotate 360 degrees atop a 10-foot pole. It is fabricated with aluminum and weighs about 300 pounds, considerably lighter than the original Katz signs made of steel.

Element Ten, a neon fabricator, designed and installed the 116 feet of neon tubing that illuminates the smiling Katz.

A sneak preview of the new sign, appropriately called “Let the Kat Out of the Bag,” was held last week at the Fossil studio in Lee’s Summit.

“I couldn’t believe the response of people about seeing that sign,” Vedros said.

Wine and Eames were pleased with the response as well.

“Nostalgia is a powerful thing, to watch people react to that sign and see their emotions is a great payoff,” Eames said.

“This is the type of project that we wake up on the morning and try to get,” Wine added. “This is an iconic sign that was created for all of their businesses but got scrapped before people cared about these things.”

At its peak, Katz Drug Store operated 65 stores in five states. The business was founded in 1914 by brothers Ike and Mike Katz. Their first two stores opened in downtown Kansas City.

Probably their most well-known location was an art deco building with a prominent clock tower at Main Street and Westport Road. That former Katz now is being renovated as part of an apartment development.

Vedros said his LUMI neon museum plan, which he started pursuing in 2017, is doing well and he’s excited to be part of the Pennway Point plan.

“We’ve gotten a lot of donations, and rescued 72 signs and restored 30 of them with four more in production,” he said.

The Pennway Point plan calls for an 80-foot “neon alley” where the LUMI sign collection will be displayed on the sides of two buildings. Signs also will be installed throughout the development and Vedros hopes the tall Katz sign will be at its center.

The entertainment district is being pursued by developer Vince Bryant at the foot of the Broadway Bridge across from the IRS processing facility near Union Station. Plans also call for it to include a Ferris wheel, microbrewery and other recreational activities.

“I think it’s fantastic they recreated this sign from photos and other images,” Bryant said. “It’s an amazing part of Kansas City history.” 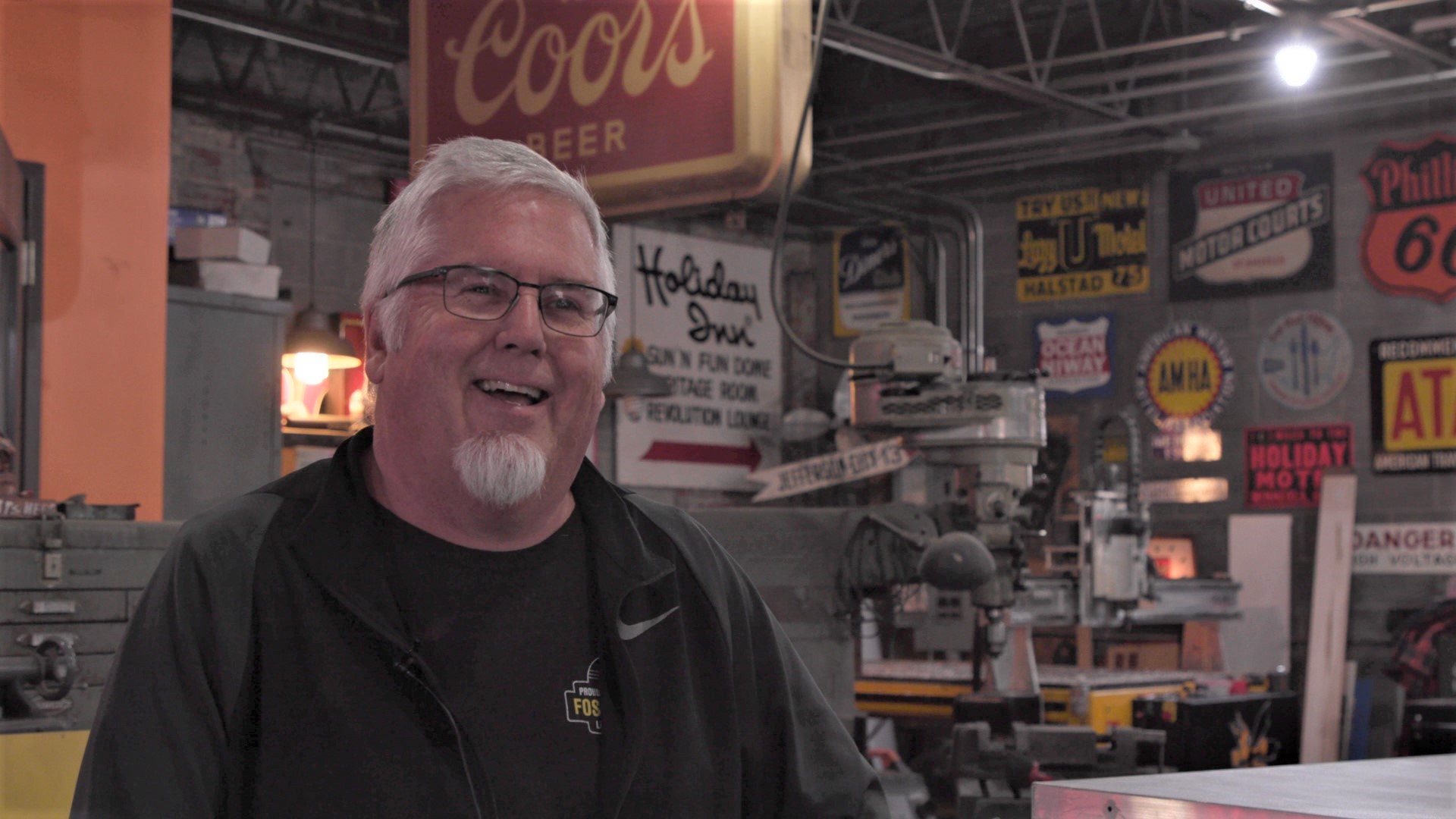 Signs of the Times, Past and Present Fossil Forge sign shop has been a force in bringing back neon signs in Lee’s Summit and the rest of the Kansas City area. 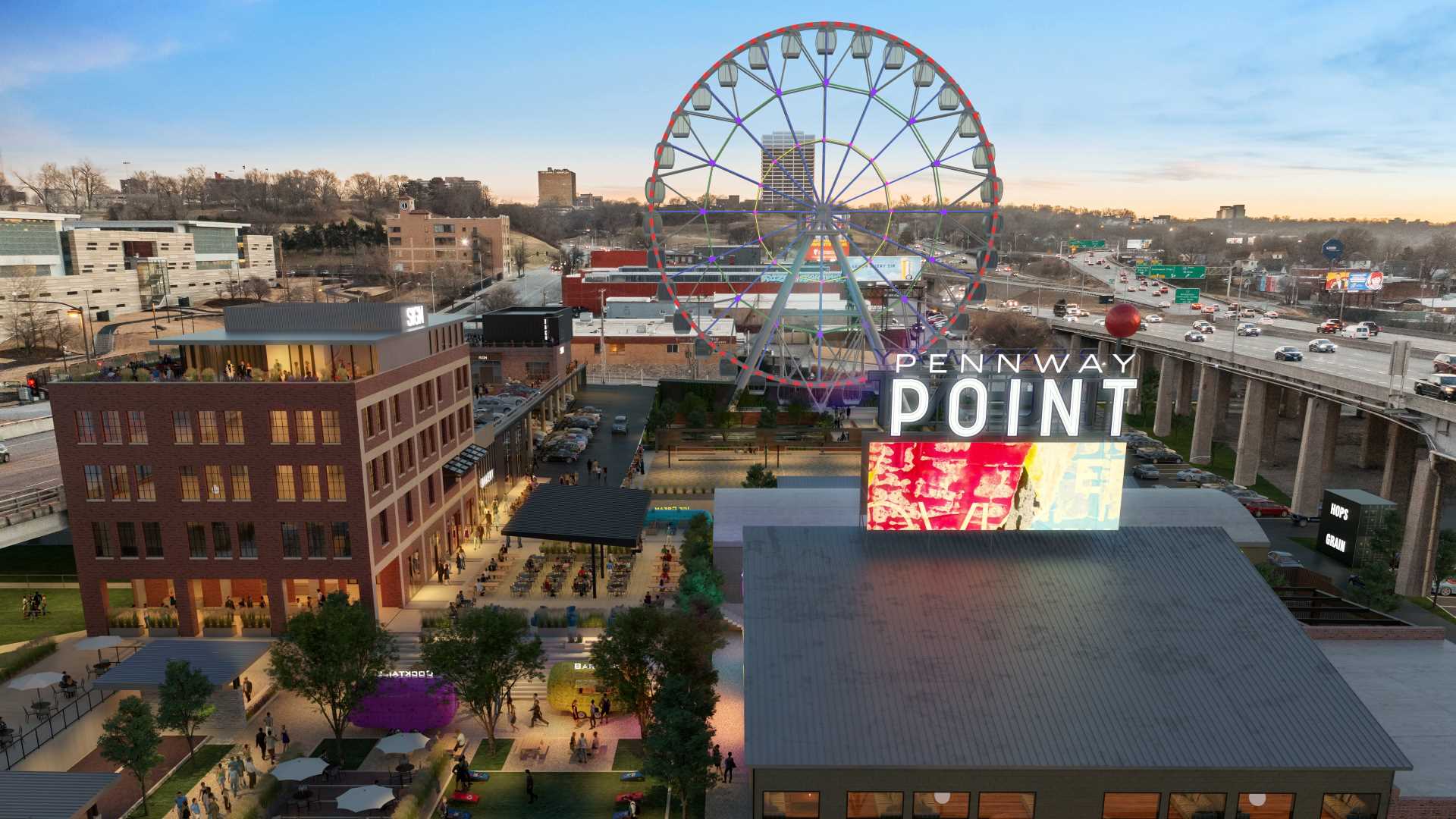 Pennway Point Proposal Would Add Ferris Wheel to Downtown An entertainment district at the south end of the Broadway viaduct that would include a 170-foot Ferris wheel, neon sign museum and food is the latest downtown proposal from developer Vince Bryant. 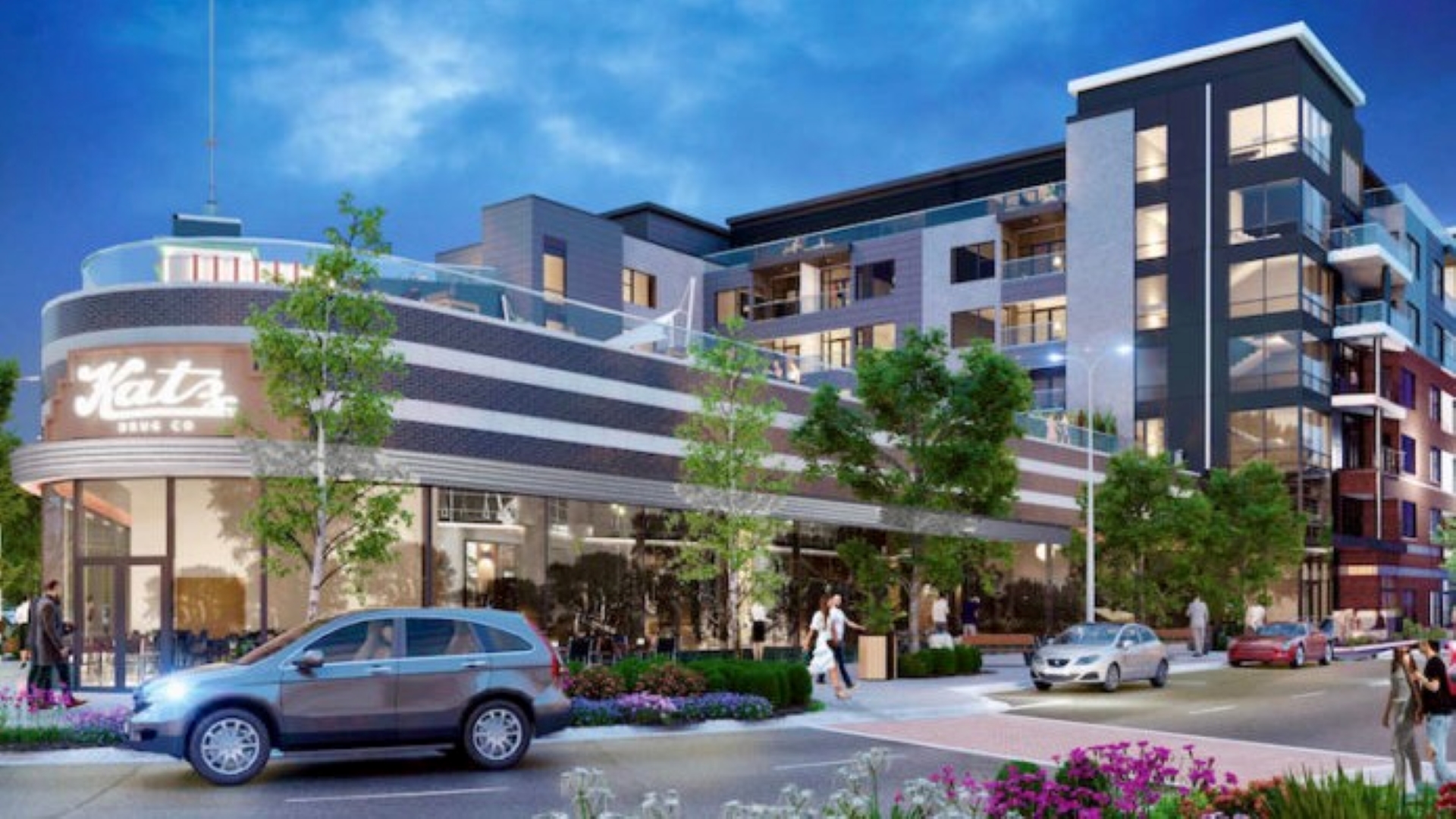