Funny men, lithe dancers, and crowded Plaza streets to fill up the first weekend of fall 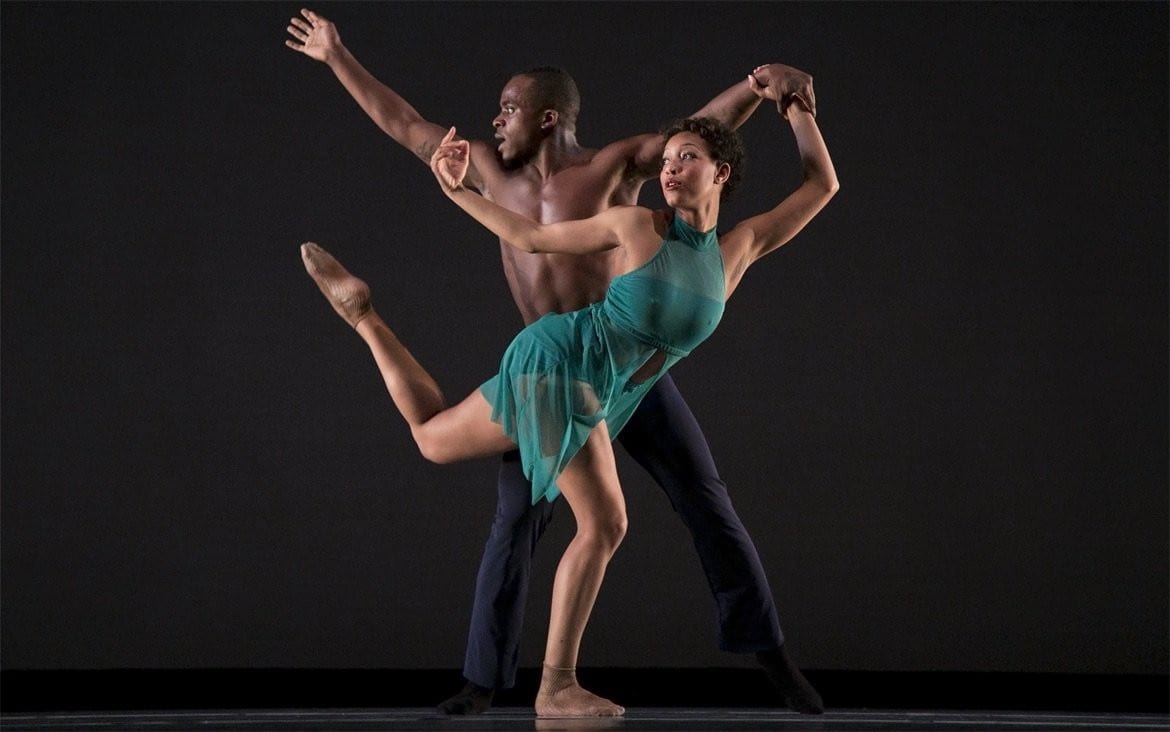 Live theater has an excitement that no other form of entertainment can match. We have a world-class company right here in KC with the Kansas City Repertory Theatre. What we don’t have – not yet, anyway – is a world-class theater facility to match. That, however, is about to change. Spencer Theatre, the KC Rep’s main stage, is currently undergoing a $5.5 million renovation. The new Spencer, which should be done in time for the Rep’s annual production of A Christmas Carol, includes an expanded lobby, new restrooms, new lights, new acoustic design, and a new stage floor.

Meanwhile, the show must go on. Using the borrowed space of Atkins Auditorium inside The Nelson-Atkins Museum of Art, the Rep’s season is off to a rousing start The company is opening its 2015-16 season with Sunday in the Park with George, the Pulitzer-Prize winning classic by Stephen Sondheim and James Lapine. Directed by Artistic Director Eric Rosen, the beautifully staged, expertly acted show runs through Sunday, Oct. 4. Grab your seats now.

After a theatrical Sunday in the Park with George, you can spend an actual Saturday on the Plaza with art. The Plaza Art Fair is a Kansas City tradition. For this weekend’s 84th edition, there will be tons of food, with more than 20 restaurant booths. There will be drinking. Duh. There will be live music on three (count ’em three) stages. There will be networking, glad-handing and people-watching galore. And, oh yeah, there will be art. Lots of it. Nearly 250 artists will be setting up shop.

Some 250,000 souls are expected to attend Friday though Sunday, so the famed shopping district will be utterly packed with gawking humanity. You may have to park your car in, like, Cleveland. Or, better yet, take an Uber. Dogs are allowed, by the way, but bringing them is kind of obnoxious, so do consider leaving Rover at home.

Dance often gets short shrift in this town. You can show your support for the movement arts – and enjoy some beautiful bodies in motion – Friday and Saturday night at Johnson County Community College. New Dance Partners is consistently one of the most varied and entertaining events on the KC dance calendar. Each year, the JCCC Performing Arts Series commissions choreographers – this time it’s Gregory Dawson, Brian Enos and Kate Skarpetowska – to create original works for local dance companies to perform. With Wylliams/Henry Contemporary Dance, Owen/Cox Dance Group, and this year’s special guest, the Oklahoma City Ballet, you’re sure to get a wide variety of styles. Showtimes are 8:00 p.m. Yardley Hall on the JCCC campus.

With the Chiefs playing on Monday Night Football, your whole Sunday will be free. Why not spend it jamming to local tunes? Boogie down to the East Bottoms for The Bridge’s Bands and Brews featuring music from seven Kansas City bands, including The Latenight Callers, Sara Morgan, and Maria the Mexican. There will be local beers on tap, hence the name, and a pig roast, too. You can catch even more great music Sunday night at Crossroads KC. Reverend Horton Heat, those legends of punk-flavored rockabilly, are playing a free show as sort of a “thank you” to Crossroads’ fans for a great season. Click here to get your gratis ducat.

If you’d rather sit on Sunday night, how about some stand-up? Russell Peters performs at the Midland. If you are of Southwest Asian decent, you almost certainly know the famed Indo-Canadian funnyman. If you’re just a comedy fan, you should know him. Peters has been on Last Comic Standing. He had a scene-stealing cameo in the movie, Chef, and he relentlessly tours the world. (Forbes magazine ranked Peters as the third-highest-paid comedian on the planet.) The names of Peters’ comedy specials, Outsourced and The Green Card Tour, will give you a glimpse into his provocative material. It’s sometimes raunchy, always politically incorrect, and definitely not for kiddos.

If you’re in Lawrence and feeling Gonzo, check out DJ Watkins at the Lawrence Art Center. Watkins, a Jayhawk who now lives in Aspen, CO, has a new book out called “Freak Power” that explores Hunter S. Thomson’s famous 1970 run for Sheriff of Pitkin County.

Unfortunately, that candidacy is often seen as something of a joke – somewhere between a publicity stunt and performance art. Thompson’s campaign, however, was built on serious and remarkably prescient ideas. The famed journalist wanted nothing less than a complete transformation of local law enforcement, creating an entity that would not only react to crime, but prevent it by building non-adversarial relationships with the community. It was a detailed, nuanced and wholly sensible platform. More to the point, it’s precisely the sort of change needed by police departments today.

The author’s reception for “Freak Power” is 5:00-9:00 pm on Friday, and Watkins will give a talk about the book at 7:00 pm on Monday. You probably shouldn’t drop acid for the events. But given the subject matter, who would blame you?