Above image credit: The Kauffman Center for the Performing Arts is a Kansas City landmark for its architecture. (Vicky Diaz-Camacho | Flatland)
Sponsor Message Become a Flatland sponsor

Arts organizations, long accustomed to bolstering the public’s morale during tough times, have been shouldering their own share of suffering amid the COVID-19 pandemic.

The seemingly relentless wrath of COVID has shut down venues, cancelled performances, suspended programs and put the kibosh on fundraising galas.

“We are fighting the good fight,” said Deborah Sandler, general director and CEO of the Lyric Opera of Kansas City. “We are all hunkering down and trying to figure out how we move forward, how we serve our audience in the best possible way.”

A collapse in ticket sales due to cancelled shows reduced Lyric Opera’s earned income by about $400,000 during the fiscal year that ended June 30, Sandler said. On top of that, the pandemic forced the cancellation of the annual Lyric Opera Ball fundraiser.

Sandler said the financial hits have been “devastating” but could have been worse. “Kansas City is a unique and very generous community. The majority of people donated their tickets back. That was a magnificent show of support.”

The Lyric’s total operating budget for the current fiscal year is declining from $6.5 million to about half of that, based on expected reductions in ticket sales and philanthropy, Sandler said.

“Right as the pandemic exploded, a lot of our givers were very generous in terms of relaxing restrictions around certain grants,” Sandler said. “But as we move forward, we’re just not certain what that environment will look like.” 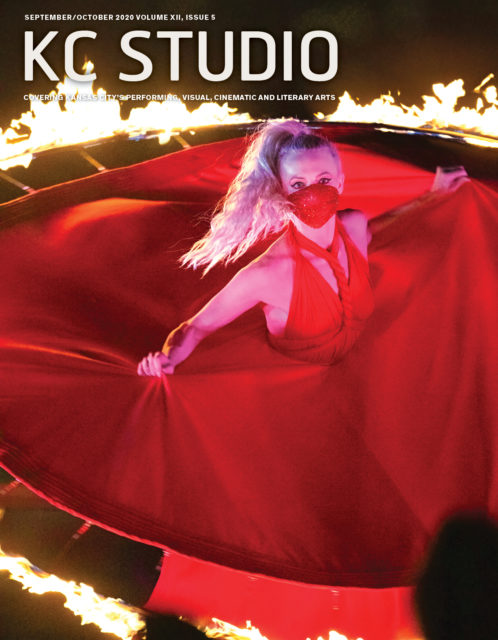 This article first appeared in the September-October issue of KC Studio. It is part of an ongoing content collaboration between Flatland and KC Studio.

The Nelson-Atkins Museum of Art closed to the public on March 14. “Like all arts organizations, we are going through a very difficult time generating the revenue we need,” said Julián Zugazagoitia, director and CEO.

In mid-August, the museum announced the decision to reopen Sept. 12, with timed tickets, mandatory masks and other safety measures.

Zugazagoitia said some people assume that the closure isn’t having much of an impact because the museum doesn’t charge for admittance. But the Nelson-Atkins is losing significant income due to things like cancelled special exhibitions, cancelled private events and a shortfall in parking fees at the museum garage.

The museum’s endowment is under pressure because of uncertainty in the stock market, Zugazagoitia said. And the philanthropy that supports the museum is challenged by competing philanthropic needs heightened by the pandemic, such as health care and social services.

The museum’s operating budget for its fiscal year that began May 1 will be down $7 million to $10 million from the previous year’s budget, which totaled about $35 million, Zugazagoitia said.

The ballet is bracing for additional cancellations during its current fiscal year. “We won’t be doing a Nutcracker production, which has been a KC Ballet mainstay for many years,” Bentley said.

The picture has been rosier from a philanthropic standpoint, Bentley said. “We had budgeted about $2.8 million in philanthropy, and we actually brought in $3 million. In March we established a relief and recovery campaign, which will go on for several years, because this is going to be an ongoing concern for us.”

The ballet ran on a budget of $9.3 million during its most recent fiscal year. This year’s budget will fall far short of that.

“The biggest concern for us is what we’re looking at for this year,” Bentley said. “If we’re able to do a spring show in May, we’re looking at a budget of $5.4 million. If we do nothing, it’s $5.2 million. It’s way too early at this point to know how fundraising is going to be. That’s our only income right now, fundraising.”

The toll at the ballet has included salary reductions, furloughs and layoffs. “There was nothing wrong with the work they were doing,” Bentley said. “We had to find a way to reduce expenses.”

The Kansas City Symphony announced on July 30 that it had reached new 2021 contract terms with its musicians that reflect the extraordinary conditions brought on by the pandemic.

The new agreement amends the terms of the symphony’s existing contract, which runs through the 2023-24 season. “It became very clear to the musicians, management and board that we needed a different approach to the upcoming season,” symphony Executive Director Danny Beckley said. “This new agreement helps provide for the safety of our musicians, staff and patrons, and also will reduce our operating expenses in accordance with the reduction in ticket revenue brought about by the pandemic.”

The musicians’ salaries for 2020-21 will be reduced by 19 percent from normal contracted amounts. However, when the orchestra returns to ticketed performances in Helzberg Hall at the Kauffman Center for the Performing Arts, musician salaries will increase to only 8 percent below normal amounts. Eight vacant positions in the orchestra will go unfilled for the season.

The contract terms represent the second special agreement the symphony and musicians have reached in response to the pandemic. The first was in March, when musicians and management agreed to delay contracted pay raises by one year, thus extending the musicians’ contract through the 2023-24 season.

The Kansas City Symphony was one of very few American orchestras to sustain musician salaries at 100 percent through the first five months of the pandemic. Beckley said preliminary financial results for the 2019-20 season indicate a deficit of less than 1 percent of the operating budget, “thanks largely to ticket donations and increased contributions from the community. This support underpins our continued commitment to one another and enables us to think creatively and act with purpose to advance our mission, even in current conditions.”

Beckley emphasized that the symphony continues to make music. “The need to perform great music is hardwired into our DNA, and we will not be silenced by this pandemic. We are developing plans for this fall that include chamber music with small ensembles of musicians, with live performances online and outdoors to the maximum extent possible. We are optimistic that society is more successfully dealing with the pandemic six months from now, and so from January to June, we are developing plans to safely present our full subscription series in Helzberg Hall.”

Beckley said a revised symphony concert schedule would be announced in the coming weeks.

Gieras said total fundraising for its fiscal year that ended June 30 was down nearly $1 million, or about 33 percent.

The Rep’s fiscal year 2021 budget has been penciled in at $5.6 million, down from more than $8 million last year, Gieras said. But the budget might have to be cut further, she added.

“It’s the artists, the people you see on our stages and who are your friends and neighbors, who have been severely impacted by this,” Gieras said. “At KC Rep we currently have 16 people on staff, about a third of what it historically has been this time of year.”

All arts organizations are busily searching for a path forward through uncharted terrain.

“We are working with union partners to try to find a way to produce again,” Gieras said. “We are hopeful that we will be back in the theater before the end of 2020.”

Sandler said Lyric Opera is planning 2021 programs designed for safe social distancing. The programs will not be held at the Kauffman Center for the Performing Arts, but perhaps in the black box theater located at the Lyric’s Richard J. Stern Center.

Bentley said the ballet hopes to put on a limited holiday production at the Todd Bolender Center for Dance and Creativity in December.

Zugazagotia said the Nelson-Atkins Museum is “trying to be resilient” as it maps out its future.

“We will have to rescale in a way in which we can operate and stabilize before we can grow again,” he said. “This also is a moment in which we’re thinking about history and social justice. I hope in a few months there is a vaccine and we can start pivoting into less risk and more security.”

Julius A. Karash is a Kansas City-based freelance writer.