Above image credit: Mark Spencer, new arts program coordinator for the Kansas City Aviation Department, is overseeing the installation of the artworks commissioned for the new KCI terminal and garage under the city’s One Percent for Art Program. He is also responsible for the care of earlier works at the airport, including “Tingmissartoq,” by Christopher Brown (shown behind him), created in 2000 for the KC Aviation Department building. (Photo | Jim Barcus)
Sponsor Message Become a Flatland sponsor

Spencer was hired in September by the city’s aviation department to serve as arts program coordinator, a new position. His job includes overseeing the installation of art in KCI’s new terminal and garage. The new facilities are scheduled to open in March, when KCI completes its $1.5 billion transformation into a single-terminal facility.

“I’m observing and noting how each piece is installed, so I’ll know how it’s assembled,” Spencer said. “I’ll be the person at the airport responsible for the ongoing care of the pieces.”

Spencer, who has worked in the art world for many years, is strengthening his connections with artists. In late October he was seen engaging with artist Willie Cole as his “Ornithology” piece was installed in the new terminal. Consisting of 12 larger-than-life birds made entirely from alto saxophones, the artwork is a tribute to Kansas City native and jazz great Charlie “Yardbird” Parker and his 1946 tune titled “Ornithology.” It will hang from the ceiling in the City Market-themed Retail Node B.

Justin Meyer, the city’s deputy director of aviation, said he was impressed to see Spencer easily conversing with Cole. “With that kind of relationship, Mark will be able to reach out directly to Willie and the other artists with questions and concerns.”

The 28 artists chosen to create artworks for the new terminal and garage also include Nick Cave, a Kansas City Art Institute alum raised in Fulton, Missouri. His work, titled “The Air Up There,” is a kinetic sculpture of colorful wind spinners for the Check-In Hall Ceiling.

Spencer said in October that the city hopes to have all the new art installed by the third week of January.

“When you come to Kansas City, you’ll get off the plane and see amazing artwork as you walk to your car or to public transportation,” he said.

The new art is being funded by the city’s One Percent for Art Program, calculated according to the $565 million vertical construction cost of the new terminal and parking garage. It is the largest public art project in Kansas City history.

“If you look down the list of the art that was chosen for the airport, that would not have happened 30 years ago. It is the most diverse selection of artists that I’ve ever seen in a public art program.”

Spencer will take responsibility for the care of all the public art at the airport, including previously installed KCI works by artists such as Joel Shapiro, Alice Aycock and Keith Sonnier.

He also will promote KCI art and oversee art-related public programming at the airport.

James Martin, the city’s public art administrator, said he’s “thrilled to have Mark’s help with the One Percent for Art projects past and present at KCI. With his long experience managing art collections, I know that the works of art there are in great hands. As Mark reports to KCI’s marketing team, I’m also excited to learn more about the arts programming that the team will be offering in the future.”

Spencer likes the multifaceted nature of his new job. “It takes different components of my career and puts them together for the city.”

Spencer, who earned a master’s degree in art history from the University of Wisconsin-Madison, has been involved in the Kansas City area art scene since moving here in 1989. His first local gig was as curator and program officer for the Yellow Freight System’s art collection.

Spencer has served on art selection panels for the Bartle Hall “Sky Stations” and the National WWI Museum and Memorial.

Spencer himself is an artist, with a focus on mixed-media collage works. “Being an artist helps me understand the complexities of the art of making large-scale pieces,” he said. “I understand the passion artists bring to these works. Having worked as an art historian and an artist gives me a sense of empathy, as well as an understanding of how to support the artist.” 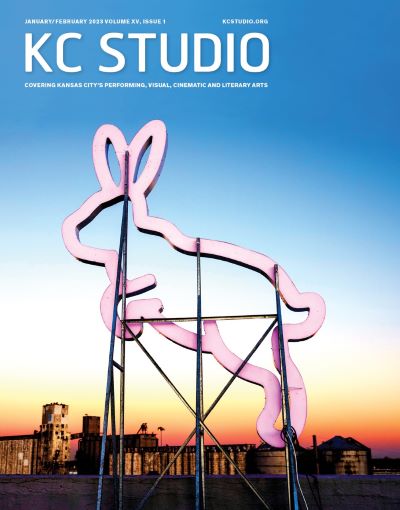 Spencer said the Kansas City art scene has changed a great deal since the time of his arrival here.

“It’s not as cliquish,” he said. “It’s much larger. It’s gotten much more diverse geographically and in terms of gender, race, every element. And if you look down the list of the art that was chosen for the airport, that would not have happened 30 years ago. It is the most diverse selection of artists that I’ve ever seen in a public art program.”

The new single-terminal format will be more conducive to programming than the airport’s previous three-terminal layout, Spencer said. There will be docent-led tours, and maybe live performances eventually. But live performances will require careful planning and coordination with airport security.

“Let’s say a high school choir sings one afternoon,” Spencer said. “How do we get the choir into this space? We have to be careful because it’s going to be crowded. We’re going to take that process very slowly and just see how the airport breathes the first year.”

Meyer said the aviation department is working on ways to make sure the airport’s art collection is available to be appreciated by travelers and non-travelers alike.

“We have hopes that there will be opportunities for interested parties to perform inside this new facility, but there are a lot of things we have to learn about how the facility will function and where would be good locations for performing arts,” Meyer said.

Meantime, Spencer said he’s finding fun and fulfillment as he works down his to-do list. “Every day is different, which suits my personality very well. It’s a great group of people to work with in the aviation department, and I’ve known a lot of the artists before. The things I’ve done before combined to make this possible.” 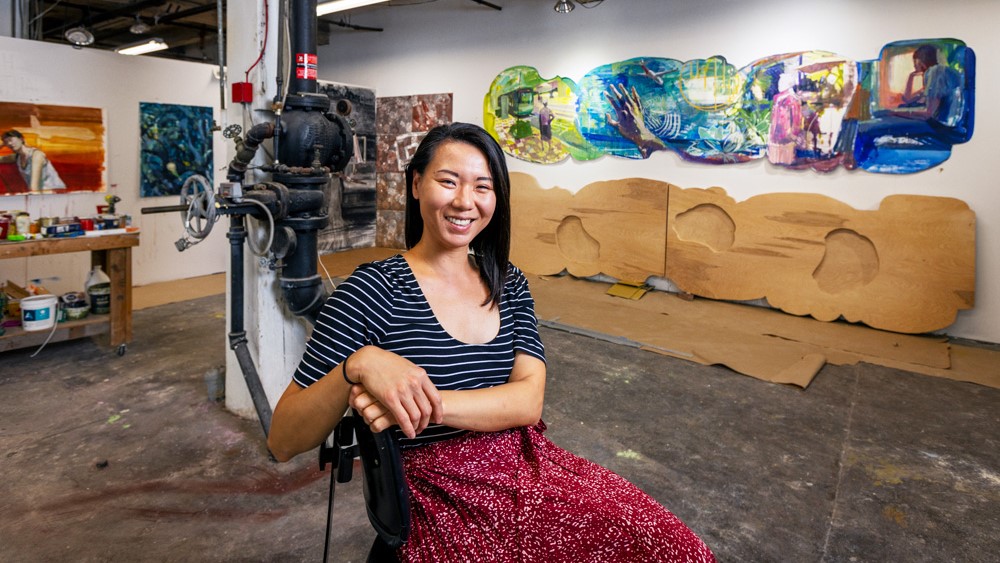