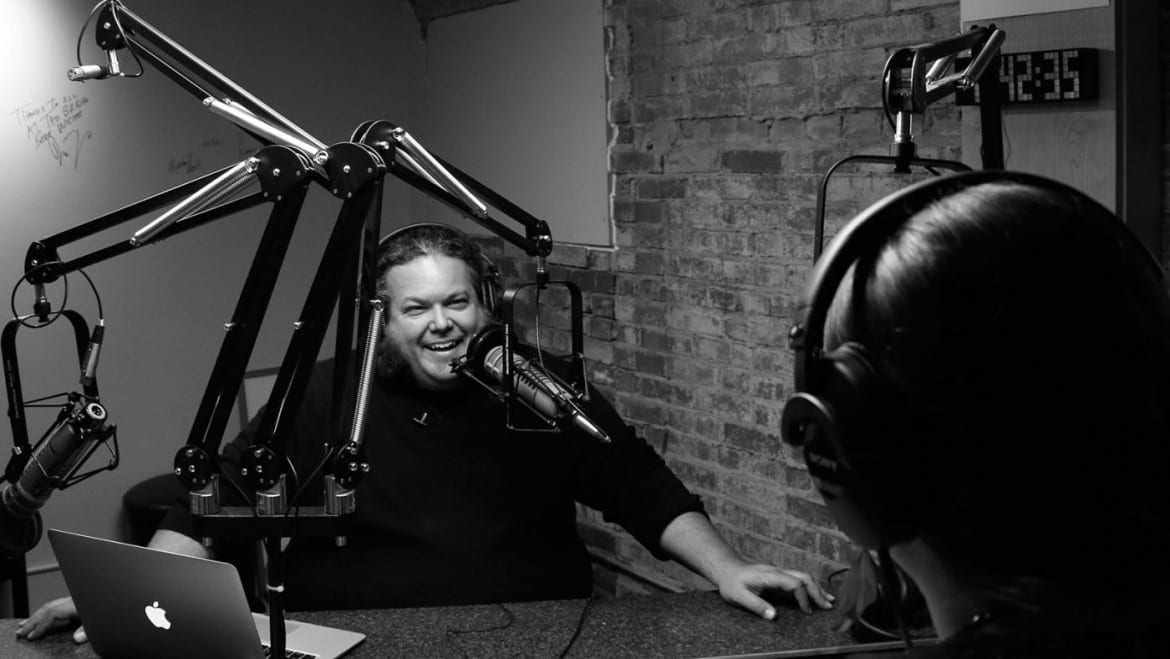 We turned the tables on the one usually turning tables, when Eight One Sixty co-host Chris Haghirian answers the "7 Questions" he created for his radio show guests. (Credit: KCPT)
Share this story

Every Tuesday at 6pm on The Bridge, local music writer and Middle of the Map Fest organizer Chris Haghirian and The Bridge’s Sarah Bradshaw shine a light on the people, music, and events in the 816 area code during “Eight One Sixty”. A regular feature, 7 Questions, gets to the heart of a musician’s passion, past, and… purchase history.
This week, to kick-off the 7 Questions debut on Flatland, we turned the tables on Chris and had him answer his own questions. How did he like them apples? Let’s see:

5. What’s a KC band/musician that has heavily impacted you?

The Appleseed Cast — my gateway drug. I first saw them at The Brick on July 12, 2000; they opened up for Mates Of State. That changed everything for me.

Anything from Damien Rice’s “O” or The National’s “Boxer” albums.

Lost. It’s pretty much involved in every part of my life.

— This week’s podcast, with the full interview and song list, is available at Eight One Sixty.

A fixture on the local music scene and blogger extraordinaire, Bill Brownlee