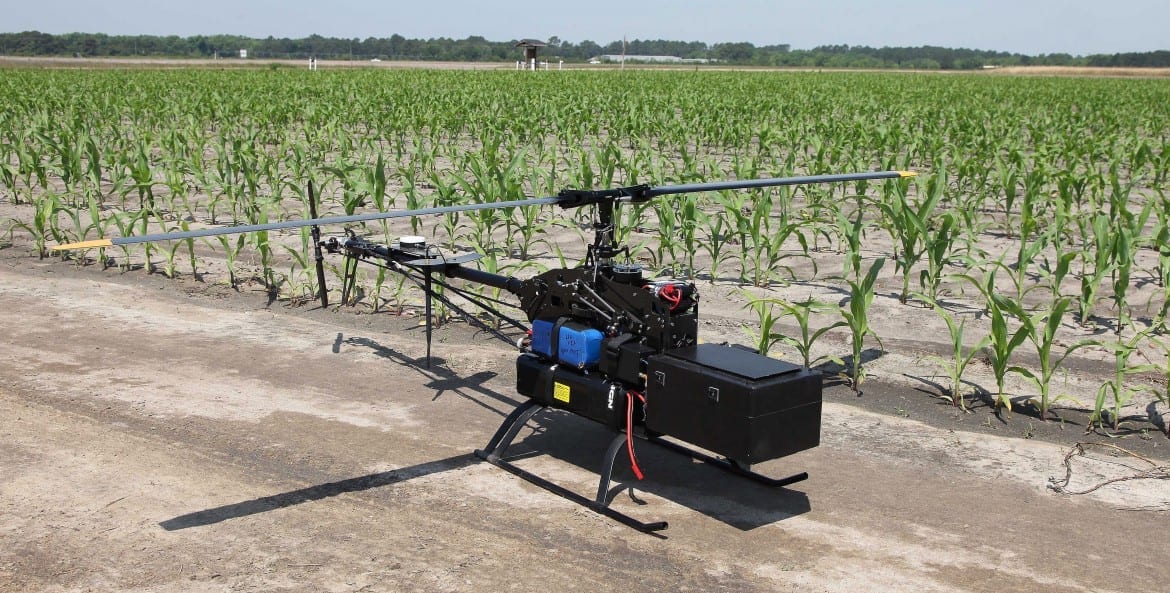 The KC Drone Company will use Drones like this one to help local farmers make better business decisions. (Photo: AP)
Share this story

A community of veteran startup companies called Bunker Labs KC is helping local veterans create jobs and a job market. For many veterans, finding employment can be difficult after their time in the Armed Forces ends. Now, in KC, instead of trying to find a job, some local veterans are creating their own.

The startup played host Wednesday to Techweek Kansas City’s KC Drone Exhibit at the Pure Pursuit Auto gallery in the Crossroads district, starting with the drones and followed by a launch party for local Kansas City veteran entrepreneurs.

Bunker Labs KC is part of a larger national network called The Bunker, which has locations in seven cities across the country. It works to launch and accelerate veteran-led businesses and create forums for entrepreneurial veterans to meet and collaborate. It also connects veterans seeking work after being discharged from service.

“Kansas city needs job creators right now,” said Sean McIntosh, executive director of Bunker Labs KC, and former Navy Seal. “There are about 9 million americans that are unemployed and part of our mission at the Bunker is to take the veteran entrepreneurs that are going after it full time and create jobs for other veterans getting out,” he said.

Veterans receive training that civilians don’t, McIntosh explains, which is one of the reasons that those who have served in the military are capable of excelling in the business world. He says veterans also have a certain mindset when it comes to hard work.

“(Veterans have so much) perseverance, they are stress tested, they think out of the box, they always have a ‘get it done, no problem too big to solve’ attitude,” he said.

That same work ethic is what drives Casey Adams, he said.

A former National Guardsman, Adams is now the founder and owner of The KC Drone Company, one of the companies featured at the techweek exhibit and launch party.

Adams received his aviation and UAV training while in the military. When he was honorably discharged, he said he it was important to transfer those skills into a career in the civilian world. He looked around Kansas City and saw a need.

“The KC Drone Company aims to use drones in a new, innovative way that will improve local agricultural businesses, the environment, and ultimately the quality of our food,” Adams says.

“For example, let’s say, for instance, that farmers need a standing crop count,” Adams explains. “Now who is going to stand there in the middle of a field, and give them the answers they are looking for?  With UAV’s, (unmanned aerial vehicles) we can analyze the crop’s health, what percent is dying, what percent is good, the height of the plant, and so forth. At the end of the season all of that data is compiled to help farmers make good business decisions,” he said.

That way a farmer uses less pesticides, less product, saves money, which in turn is good for the environment and the quality of the produce, Adams said.

The idea was good enough for The KC Drone Company to win a $50,000 grant Friday afternoon at the LaunchKC competition. A local organization dedicated to funding tech innovations and entrepreneurs emerging out of Kansas City, LaunchKC choose 10 startups at the close of Techweek to receive the grant.

For veteran and entrepreneur Adams, winning the grant means his company can now move into “the third phase” of its development.

The grant also cements The Kansas City Drone Company as a Bunker Lab success story. Prior to winning Friday afternoon, Adams reflected on the moment.

“(Winning) would mean everything to me, and to my company,” Adams said. “It would set us apart from every other drone company in the United States,” he said.