Your fave TEDxKC Speakers: Where are they now? 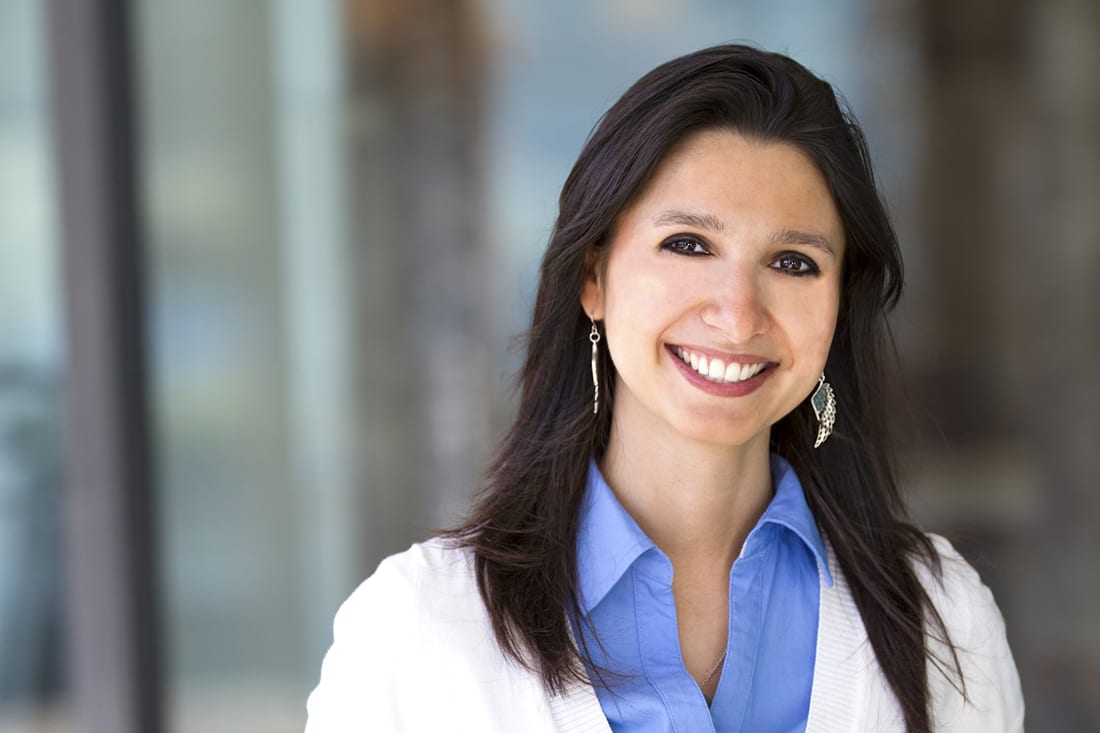 Diana Kander took the TEDxKC stage in 2014 and began her lecture with a personal story.
Share this story

We catch up with three former TEDxKC speakers to take a look at their big ideas and what they are doing now.

Speaker: Diana Kander
Year: 2014
The ‘Idea Worth Spreading’: Most businesses are created with businesses, not people, in mind.
Quote worth remembering: “Since the 1980s, we’ve had an explosion in the number of classrooms and programs that are teaching people how to start new businesses. And over the same time period, studies show there’s been a gradual decrease in the overall number of new businesses started and an actual increase in the number of companies failing and going out of business. So how do we reconcile these two facts?”
Where is she now: Teaching at the University of Missouri, consulting for Leap Ventures, and just coming off of a three-year Kauffman fellowship.

Diana Kander’s TED Talk was a 10-minute crash course in a common mistake she kept seeing in startups, such as Elephant Chat — a stuffed animal summoned in disputes to bring up the, ahem, elephant in the room — and Webvan, an online grocery delivery business that you’ve never heard of, which gobbled up millions of dollars in investment before being acknowledged as one of the biggest dot-com failures after it went bankrupt in 2001.

“The majority of people still build stuff like that,” she told Flatland recently.

But rather than pick the low fruit and further burn the notorious failures, Kander’s talk begins with Kander.

She told the TED audience she was a martial artist and therefore ought to have been ready when she was physically assaulted in a dark parking lot one night.

“This was the moment I had training for years, and yet my arms hung limp at my sides. My legs did not move; they felt like they were made out of concrete,” Kander told the audience gathered at the Kauffman Center for the Performing Arts for last year’s TED event. The shock overtook the preparation.

A concerned observer eventually scared off the assailant.

Kander connects this failure in preparation to a similar failure to prepare entrepreneurs.

“The irony is that classes that I thought were teaching me self defense left me unable to defend myself when it mattered the most,” Kander said. “Today, there is another educational program that has a very similar ginormous, fatal flaw: It’s the way we teach people to start new companies and launch new products.”

Kander’s TED appearance focused on a deceptively simple contest illustrating the adverse effects of prioritizing planning and hypothesizing over application.

Using pasta, rope, and tape, the participants are given a limited amount of time to build the tallest structure they can, the only requirement being that the marshmallow be on top.

The business students who participate in this contest tend to plan obsessively before anyone touches the materials. They’re consistently outperformed by the children who just go for it.

“People now have unlimited selection,” Kander said. “It’s not, ‘Can you build it.’ It’s ‘Does anyone care,’” Kander said.

Kander’s critical idea was framed, on the TEDx stage, in a fun way.

Kander said she had given lectures before, but the TED format called for a combination of education and serendipity – the “big ‘aha,’” she said.

Kander’s work has focused on developing products for entrepreneurs. She recently built a tool to help entrepreneurs build a two-page business plan. It would save business owners time over writing a similar plan, which can run as long as 30 pages, and still contain the same content.

In August, Kander finished a three-year fellowship with the Kauffman Foundation researching and developing tools for entrepreneurs. She’s currently an assistant teaching professor with the University of Missouri. She tested the two-page business plan with her students there.

“I’m not going to let Elephant Chat happen to me,” she said, referring to another notorious start-up failure.

It’s not the failure of the product she’s straying from, she explains. “I think it’s important to try and make mistakes, I just want you to make a mistake before you spent $100,000 on it.”

In addition to her work with the University of Missouri, Kander also works as a consultant at Leap Ventures. 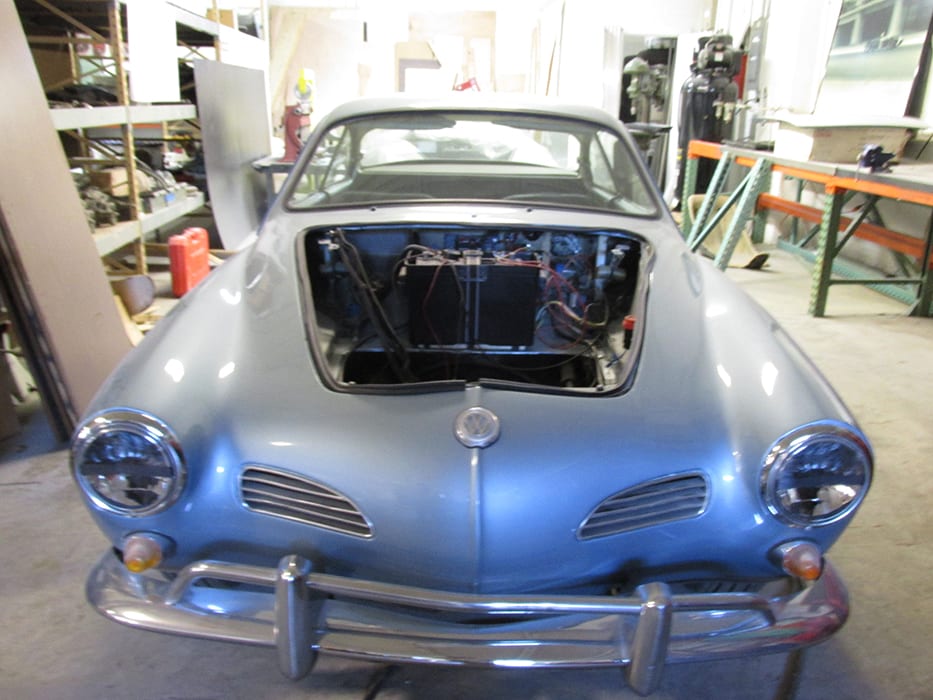 Speaker: Minddrive staff and students
Year: 2013
The ‘Idea Worth Spreading’: Extracurricular, project-based learning is great for kids. And when you include lower-income kids, you level the socio-economic playing field.
Quote worth remembering: “People think at the high school age it’s too late, and we’re here to prove that it’s not too late. It’s never too late.” — Linda Buchner, Minddrive co founder
Where are they now: Busy enrolling students for Minddrive

The students who built it brought a Volkswagen Karmann Ghia out of retirement at Midtown learning center Minddrive. They refurbished it as a car powered by social media “impressions.” That’s tweets, posts, shares and likes — and that’s precisely what people around the world did.

The social media-powered car garnered over half a billion individual hits in two weeks.

Stories about the social-fuel tour was covered in news outlets around the world including India, Nigeria and many European nations. Articles appeared on Mashable and Huffington Post.

The project was a partnership between Minddrive and advertising agency VML, which produces TEDxKC. But Minddrive co-founder Linda Buchner said no one there took it for granted that Minddrive would participate in the conference.

“Frankly, we were surprised,” Buchner said.

But, she recently told Flatland, the project “definitely fit in with the category of ‘Ideas Worth Spreading,’” repeating the TED organization’s slogan. “Here’s this little organization in Kansas City, Missouri, that’s getting worldwide attention because of this concept,” Buchner said.

“As a startup … you’re just kind of like, you’re head’s down, there’s so much on your plate, and you’re trying to get this thing launched,” Buchner said. “I had the impression that was a lot of project-based learning opportunities out there for kids.”

“I think what TED did by highlighting our program, it made me look around and see how there maybe aren’t that many opportunities for kids, especially lower income kids.”

“Minddrive can be the catalyst for leveling that playing field,” Buchner said.

Buchner said conversations after the conference have focused on how the organization can expand opportunities to involve students in enriching and meaningful learning, which has driven them to add more career-centered curriculum like a welding and computer-aided design (“CAD”) alongside their automotive design and communications programming.

“I think it’s made us look at who we are in this community and in the country even in terms of what are we offering to our kids,” Buchner said.

Minddrive is currently taking applications for spots in the fall programming. It expects to enroll around 120 students this year.

Speaker: Larry Lessig
Year: 2014
The ‘Idea Worth Spreading’: We allow too much market involvement in our political process.
Quote worth remembering: “The preferences of the average American appear to have only a minuscule, near-zero, statistically non-significant impact on public policy. This, they call, a democracy.”
Where is he now: He’s busy with a few things, including running for President of the United States.

Harvard law professor and fringe Democratic presidential candidate Larry Lessig’s TEDxKC lecture was titled “Of course it matters.” It’s a call to action on market involvement in political activity, the defining issue of his career.

The speech starts with a reflection on the wickedness of a culture that tolerated racial discrimination long after the emancipation of the U.S. slaves. Lessig asserted that later generations will upbraid contemporary people for tolerating the market’s deep and largely unscrutinized involvement in political activity. 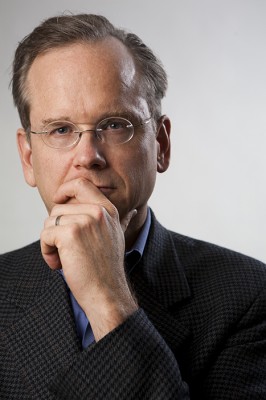 Citing data showing an overwhelming majority of Congressional activity devoted to fundraising, Lessig draws an analogy between the current working politician’s day-to-day and behavioral psychologist B.F. Skinner’s eponymous Skinner Box, a device that showed how well lab animals could be trained to perform a task in exchange for food.

The experiment is “where (Skinner) showed any dumb animal could press the buttons it needed to survive.”

On the screen behind Lessig, an old video of a bird apparently taking instruction in exchange for food played throughout this section of the talk. The sign inside the Skinner Box ordered “turn” and the bird complied, inserting its head into a hole where food would appear after each successfully-obeyed command.

“This is a picture of the modern American Congressperson,” Lessig told the TEDxKC audience, with the bird spinning behind him.

He stepped down in August to pursue a run for the 2016 presidential race, a candidacy founded on a single issue, The Citizen Equality Act, a proposal that would introduce strong campaign finance reform, prohibit gerrymandering and expand the voting public. If elected, Lessig said he would see the act’s advance to law, and quit thereafter.