KC’s plan to ‘bank the unbanked’ 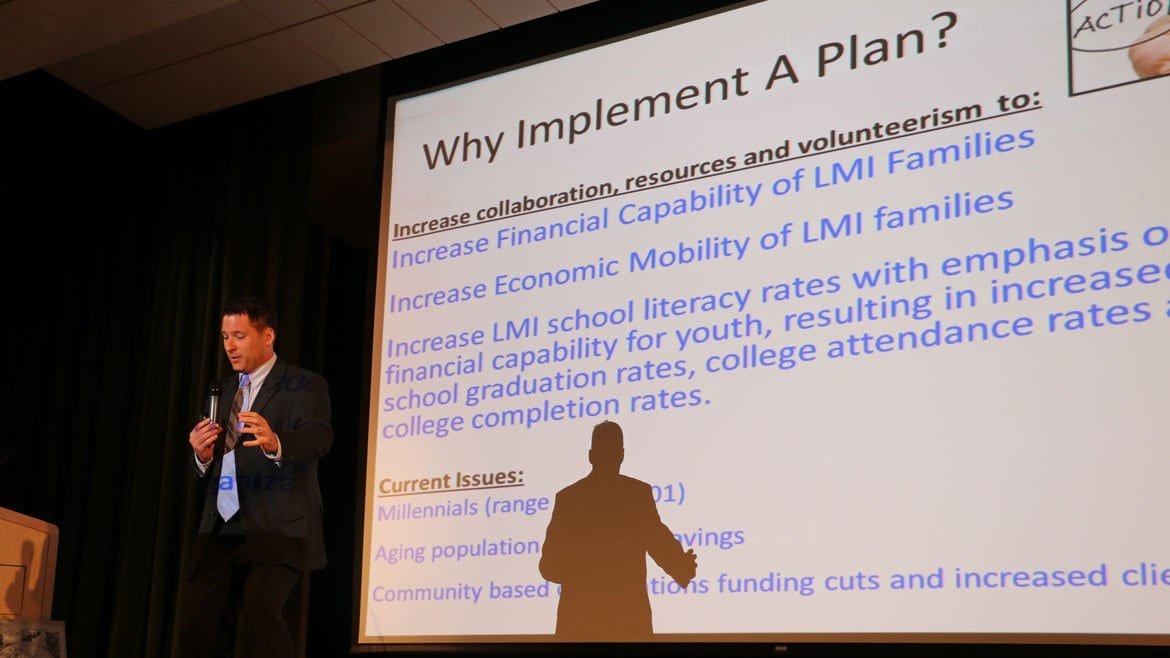 Greg Housel of the FDIC discusses the plan to 'bank the unbanked' at the Plaza Library. (Photo by Bridgit Bowden/ Flatland)
Share this story

In the Kansas City metro, about 12 percent of households are “unbanked,” which means they aren’t using traditional financial services like banks or credit unions.

About 300 people gathered Wednesday at the Plaza Library to discuss how to solve this problem. The meeting was a gathering of the Alliance for Economic Inclusion, an initiative of the Federal Deposit Insurance Corp., or FDIC.

While the data, collected by the FDIC, shows that the percentage of unbanked people in Kansas City has increased since 2009, the same percentage has gone down just four hours east in St. Louis.

“To see we’re going backwards is pretty depressing,” said Bill Dana, president and CEO of Central Bank of Kansas City. “So that’s kind of embarrassing, to be in the same state.”

People who are unbanked often end up paying huge amounts of money in check cashing fees and interest on payday loans. That’s why the AEI, which is made up of more than 500 people who represent 315 organizations, has made “banking the unbanked” one of its focus goals.

“The first step to financial freedom and security is to have a relationship with a bank,” Dana said.

A major part of the plan is to create a new website for Money Smart Month of Greater Kansas City, which is a financial awareness campaign that takes place every April. The new website will eventually cover more than 25 different financial topics.

Katie Garcia, who is a committee member for Money Smart Month, said the goal is to provide information that reaches a diverse audience.

“A 21-year-old who just graduated from college with a lot of student debt has very different money needs than a 65-year-old who’s approaching retirement,” she said.

A soft launch is planned for the website this October, with the first three topics: credit, entrepreneurship, and housing. The end goal is to create a central hub that shows how to find all of the financial resources available to Kansas Citians. The official launch of the site will be in January of 2016.

Additionally, the AEI’s partner organizations will continue financial programs, and some will implement new ones. For example, in September the Kansas City Public Library is starting financial workshops that will target women, seniors, and immigrants and refugees of Latino or Somali descent. The first workshop will cover “banking basics” and will take place at the Bluford Library on September 15.

0 thoughts on “KC’s plan to ‘bank the unbanked’”