Police Keep Eyes on the Street, and on Racial Disparity Data

Above image credit: A Kansas City police officer peers out of the window of his car while on patrol. (Cody Boston | Flatland)
Sponsor Message Become a Flatland sponsor

The town of about 400 residents is virtually all White, according to census figures. And the citizens are apparently a law-abiding bunch, with racial profiling data the police department submitted to the state reporting that none of the traffic stops involved local residents.

So, based on all those stops of non-local residents, the Missouri attorney general’s office reported that Platte Woods had an eye-popping 29.24 racial disparity index for Black drivers.

The score reflects the frequency of stops compared to the racial composition of driving-age residents in the community. For White drivers, meanwhile, the index in Platte Woods was 0.73, a far more equitable reading.

(A racial disparity index of 1 reflects an equal proportion of stops to the share of the local driving-age population.)

But is this a fair and accurate measure for Platte Woods? For those drivers? For police?

Kerns said the department reviews its traffic stop data continuously throughout the year, constantly assessing the information while taking into account local variables and the limitations of the data.

“We not only have I-29 but also three other major arteries that lead to a major shopping district, entertainment district and several large multi-family housing” complexes, Kerns said. “We have approximately 100,000 motorist traverse these arteries daily. We believe, on the most part, these motorists are not representative of our local population.” 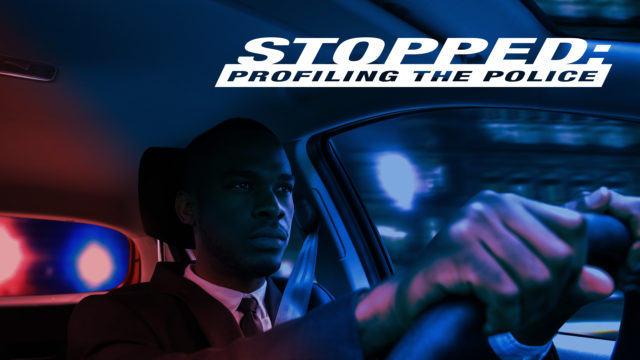 This project was made possible with the support of the Solutions Journalism Network.

A similar story can be found at the Daviess County Sheriff’s Department, about 80 miles north of Kansas City along Interstate 35, which has consistently posted high racial disparity index numbers.

Among more than 500 law enforcement agencies statewide, the Daviess County Sheriff’s Department has posted one of the top 25 racial disparity indexes for Black drivers in Missouri 16 times since 2000.

“Unfortunately we don’t have a large number of different races living within the county,” Hogan said, noting that about 1% of Daviess county residents are Black. “But we do have major transcending highways.”

In 2016, when the Daviess County Sheriff’s Department had the state’s seventh highest racial disparity index for Black drivers, 32 of the 42 traffic stops involving Black drivers happened on an interstate highway. More recently, as the attorney general’s office started tracking resident versus non-resident stops, it found that last year more than half of Daviess County Sheriff’s Department’s traffic stops were non-residents.

Therein lies some of the limitations of Missouri’s 20-year-old traffic stop law and the massive amount of data it generates from the state’s law enforcement agencies.

At the statewide level, the data strongly supports the argument that Black drivers are targeted for law enforcement stops far more than other racial groups. Even more troubling, the statewide trend for Black drivers has gotten worse as the data has been collected for two decades.

But perspectives differ on what the information does and doesn’t prove, particularly when you look at individual small communities. Platte Woods and Daviess County stick out, at least in part, because they are small communities on major thoroughfares with very few people of color as residents.

“The huge disproportions are certainly probable cause to demand an investigation into possible discrimination by law enforcement, but they are not proof,” said Don Love, a retired math teacher who has closely tracked Missouri’s data, working with various law enforcement agencies as an advocate for improving the data collection and police reaction to it.

Love was chairman of the Human Rights Task Force for Empower Missouri early on in the state’s efforts to gather and assess traffic stops. He said that efforts to improve the data, by tweaking the law that governs it, have been hampered at times by conflicting opinions on what the disparities indicate.

“What makes the legislation ineffective is that disproportions can be caused by many factors,” Love said.

Statewide, Black drivers were about 67% more likely to be stopped than White drivers, the analysis found.

He knew it as Kansas City’s first Black chief of police. Now he’s the first Black sheriff of Jackson County.

“There is racism in housing, banking, in every institution,” Forté said. “Why would it not be in law enforcement? We don’t take an oath and suddenly lose our biases.”

Reflections of a Former Officer

Forté also points out that the state data is only as strong as law enforcement’s reporting.

After he took over as Jackson County sheriff in May of 2018, Forté had a spot check done of the county’s traffic stop information. He quickly discovered that about 850 stops hadn’t been submitted to the state.

Such lax past reporting might help account for the fact that Jackson County’s information indicates that White drivers are disproportionately stopped.

Sloppy data collection is one thing. Not reporting at all is another.

Since 2000, the police department in Stewartsville, a small town about halfway between St. Joseph and Cameron on U.S. Highway 36, hasn’t reported traffic stop data six times, most recently in 2016.

Stewartsville Police Chief Andrew Porter said he could not speak on the failure to report because he was not with the department in 2016. He suggested the department’s small size made it possible that there were no traffic stops to report.

Under the law, the state can withhold funding from agencies that don’t report their vehicle stop data. Usually that comes in the form of withholding payouts through the Peace Officer Standards and Training Program.

When Forté became a major with the Kansas City Police Department, around 2000, he certified to train other law enforcement on bias. A pattern quickly emerged as he lectured.

Once comfortable with his presence, smaller agencies were open and truthful, admitting that policies or orders from leadership could cause discriminatory outcomes in traffic stops and other policing actions.

For instance, officers would tell him that a chief or other higher-up in the agency’s chain of command was encouraging officers to stop anyone they believed didn’t live in the community.

Such candor gave Forté a starting point to retrain, convincing the department to understand that what they were doing was discriminatory.

“Most people in law enforcement are good people,” he said. “But that’s not good enough to have most, we need all to function in a professionally responsible way.”

Consider Northmoor, a small community in the northland.

The city’s 2019 data shows a disparity rate for Black drivers of 5.18. The city reported making 383 stops that year and yet none of those drivers lived in Northmoor.

The data seemingly indicates that every resident was a perfect driver, for an entire year. But the assumption could also be drawn that local police cut breaks for residents, but eye others with suspicion.

Flatland reached out to Northmoor’s chief of police and its mayor but did not receive a reply.

Encounters with police can influence attitudes and behaviors for life.

Forté knows older relatives who will pull into a parking lot whenever they see a police car within five or six car lengths of them. They fear being stopped and harassed, even when they know they are doing nothing wrong.

Forté knows the feeling. He’s had the contents of his trunk tossed out by a laughing officer who pulled him over. He was once told that his Cadillac didn’t fit the area he was driving in.

As an officer, he had another officer profess that stopping four Black men in a car was “a good car check.”

The Black Lives Matter movement has brought a heightened focus on the fact that car stops have been the precursor to police shootings of drivers.

“People are sick and tired of being mistreated and given token solutions and temporary things,” Forté said. “They want sustainable changes.”

In 2017, the Missouri chapter of the NAACP took the unique approach of issuing a “travel advisory,” as a way to warn people of color about the dangers that they might face in coming to the state.

The effort, which drew national news coverage, was due to many factors, including a new law that made it more difficult for individuals to win lawsuits alleging discrimination.

But the longstanding inequities found within the state’s traffic stop reports was also cited.

In explaining the advisory, the NAACP noted, “over zealous enforcement of routine traffic violations in Missouri against African Americans has resulted in an increasing trend that shows African Americans are 75% more likely to be stopped than Caucasians. These stops have resulted in increased traffic fines, senseless searches of vehicles and persons, and on occasion unnecessary violence.”

The state level traffic stop data is definitely more reliable than zeroing in on local data, Love said, in agreement with other crime data experts.

“It’s undeniable that something is going on that leaves Black drivers more open to stops than anyone else,” Love said.

But deciphering the motivation behind a stop, let alone asserting unequivocally that racial bias was the animus, is far more difficult. Love puts it succinctly, simply saying, “It gets complicated.”

Forté also noted that sometimes law enforcement can seemingly over-police, but at the request of residents. A neighborhood might ask for increased patrolling due to a problem with people selling drugs.

“You might then have an officer stop the same person five or 10 times,” he said, “because you are getting complaints, but the data doesn’t reflect why you might be stopping them.”

That’s one reason why Love increasingly focuses on consent searches. The information is less open to interpretation, with departments listing the reason for the heightened action and the outcome — such as a citation, a warning, or no action taken by the officer.

Specifics about a stop are proving useful in getting law enforcement to accept that their actions can have disparate and harmful outcomes.

“If they can’t come up with a good explanation of why they were suspicious, it doesn’t prove discrimination,” Love said. “But it sure looks suspicious.”

Next Week: After the Stop