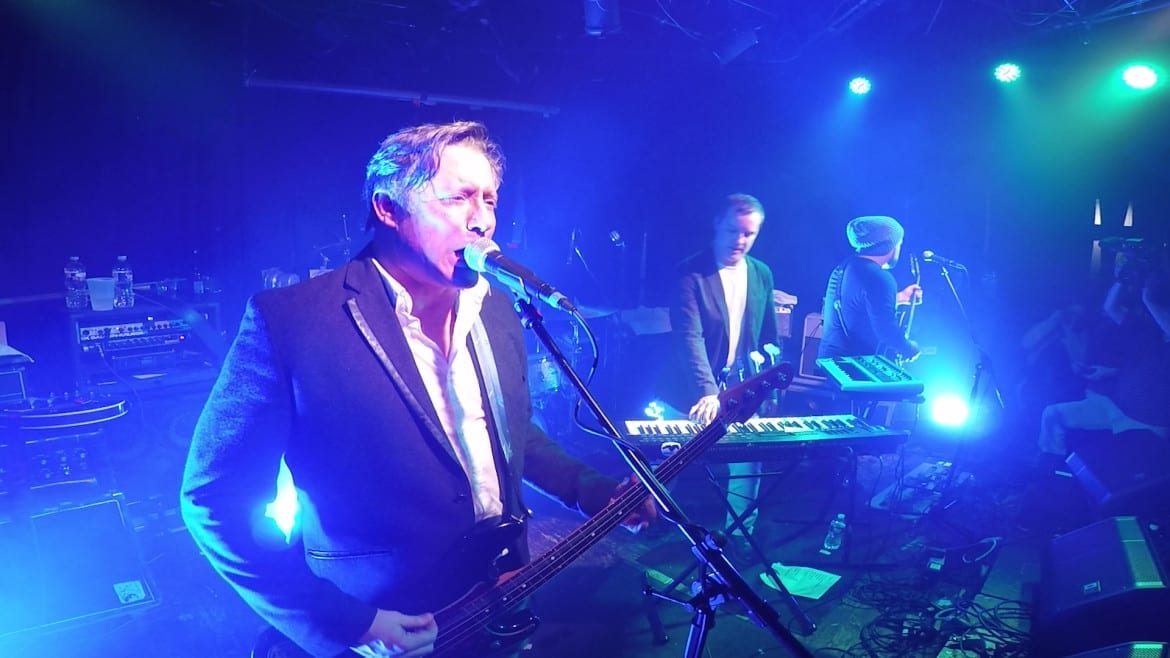 After 10 years showcasing local and national talent, the RecodBar closed on Saturday, Jan. 2. On Friday, Jan. 1, owners Steve Tulipana and Shawn Sherrill played with their band, Roman Numerals. Using four cameras, Flatland's John McGrath shot a music video of their performance of "The Rule of V".
Share this story

Chi’s joke resonated with the sold-out crowd, and likely the larger Kansas City music community, that reluctantly bid farewell to the space that has housed an institution for the last ten years.

The reason for the RecordBar’s closing is still in dispute. According to Cooper Weeks, the building’s landlord, the move was voluntary and was the result of RecordBar’s failure to secure a 3:00 am liquor license due to noise complaints received by neighbors. According to Steve Tulipana and Shawn Sherrill, RecordBar’s owners, Weeks was fed up with the liability associated with having a liquor-licensed business on his property at all.

What is certain is that Saturday night was not the end for RecordBar, its owners, and staff in Kansas City. Tulipana and Sherrill have been tight-lipped about the specifics, but they have made it clear that they intend to reopen the venue, at least in some capacity, in the near future.

The closing bill certainly did its part in making the venue’s last night memorable. Lawrence singer/songwriter Taryn Miller, who performs as Your Friend, debuted new material from her upcoming full length in a tight, atmospheric set, delivered with the kind of swagger you’d expect from an artist fresh off a European tour.

Local favorite Making Movies followed and closed out the night with the blistering, high-octane, Latin rock explosion we’ve come to expect from them. And despite the ticking clock in the room, the mood stayed jubilant. Even the most uptight gringos in the crowd were shaking their hips as the band deftly unfolded their catalog. 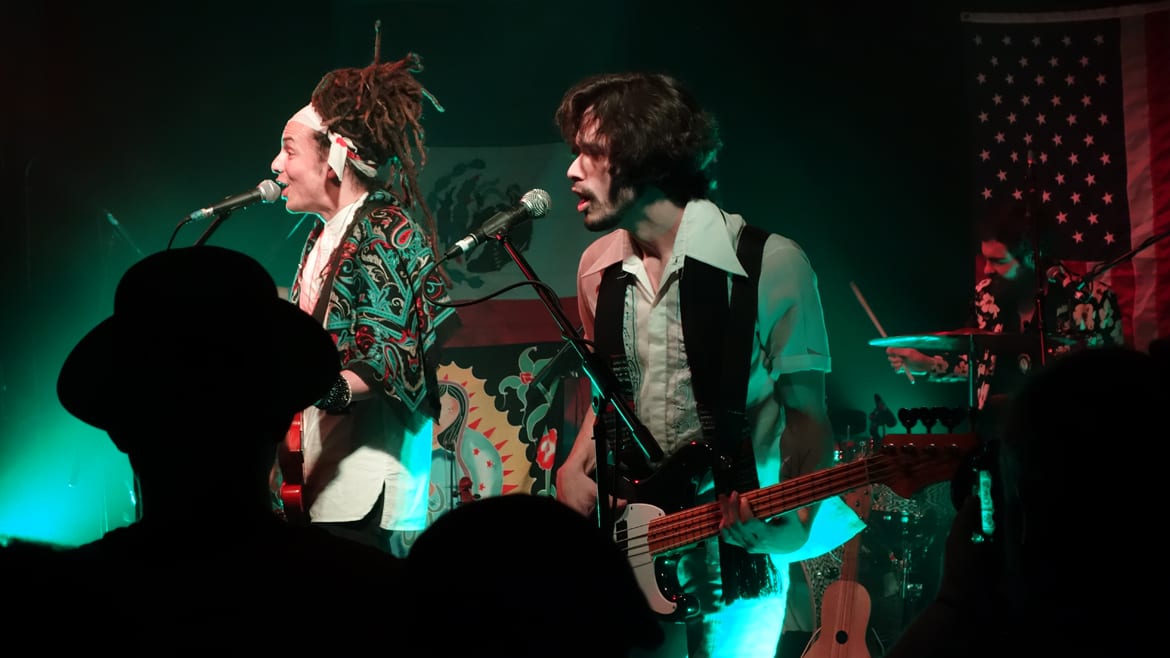 During a song break in Making Movies’ set, Chi compared playing at RecordBar to being part of a community – a concept that would be on display moments later as the band grabbed acoustic instruments, hopped off stage, and gathered in the middle of the crowd to play what would be the venue’s closer. As if to demonstrate Chi’s sentiments, audience members began pulling instruments out of thin air to join in on the jam sesh, joyously trading solos with one another until the song ended.

When the music faded, the crowd thinned, but many stayed behind for one last drink and one last glimpse. Photos were taken of the stage, selfies were snapped with bartenders, and records were haphazardly torn off walls as keepsakes from a place many had considered a second home. Musicians and fans alike gazed nostalgically upon the wall of concert posters – an eclectic collage that showcased the breadth of talent that had graced the stage over which it hovered.

Many of those posters were of local bands, proof of RecordBar’s dedication to showcasing Kansas City music. According to Chi, playing at the venue on a Friday or Saturday night was a badge of honor when Making Movies first started playing shows.

“I remember the feeling of being excited and intimidated to play there because it mattered to play there,” Chi said. “I don’t feel like there is another venue that has that energy right now – where it’s a proving ground.”

At one point, a simple staff photo was photobombed by musicians and regulars and quickly swelled into an enormous mass of bodies. Sherrill and Tulipana joined. There were some tears here and there, but it was mostly smiles. In general, the mood was more anxiousness and excitement about what the future holds than somberness about the end of an era.

“There’s going to be a big hole to fill. This venue is going to be missed,” said Nathan Corsi, lead singer/guitarist of Not a Planet, “I hope the move happens soon.” 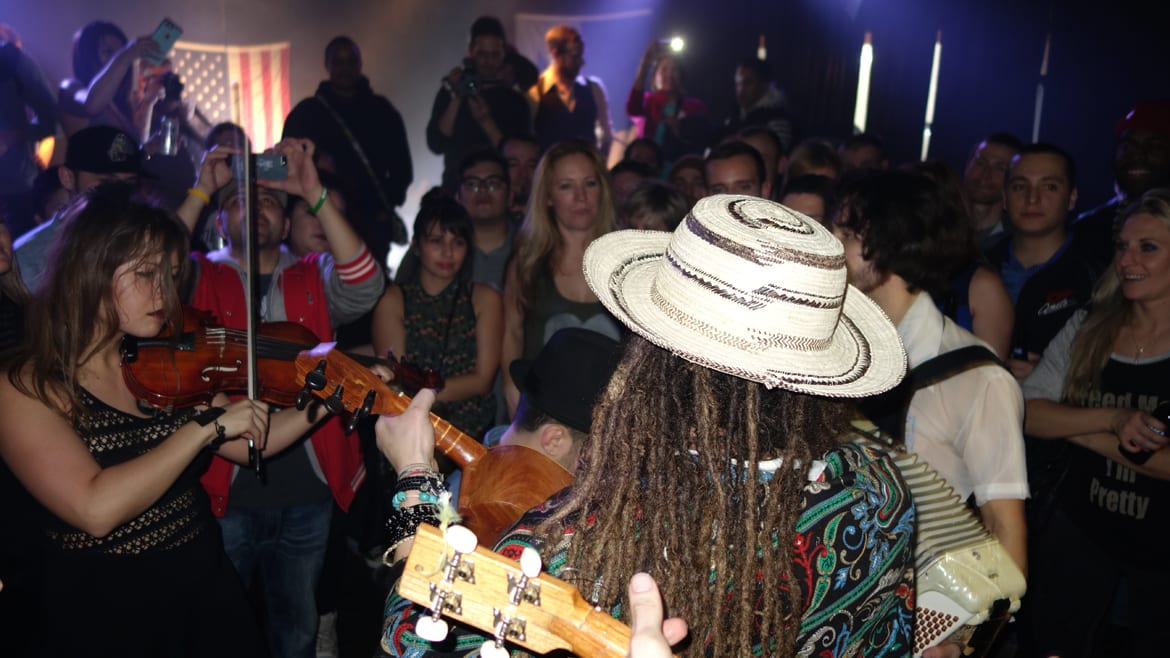 Where and when RecordBar will land is anyone’s guess. But both bands and patrons can’t help but question whether the new iteration of the beloved venue will be able to compare. Matty Ingle, bartender and day manager at the venue, shares those concerns, but he is looking forward.

“When things change, you’re always going to have that weird period where you’re just trying to find yourself again,” Ingle said. “But I think there are a lot of lessons we learned from here that we can use to make the next place better.”

After speaking with people in the crowd on Saturday, it seems there are some common attributes about the venue that fans and artists hope to see at RecordBar 2.0. Here’s a short list, along with suggestions for substitute bars and venues to tide you over until RecordBar reopens:

THE STAFF – This was universally the first thing that everyone noted. The owners, the bar staff, the sound guys – they were all mentioned as integral to the success of the next RecordBar. And all signs point to little or no planned change there.

“[The staff has] been very consistent for so long,” said Taryn Miller of Your Friend. “I feel like they are a lot of the core of this place. And if they follow, then they’re going to be able to create and curate this new environment that’s still going to feel like RecordBar.”

Substitute: Minibar, for the RecordBar pop-up happy hour from 4-7pm

THE LAYOUT – This was also common among bands and patrons. The bar is in the back and the stage-viewing area is wide and short. For fans, it meant there was always a good spot to see a set. For bands, it meant a good sightline of the whole crowd and the bar from the stage.

THE LOCATION – The venue somehow managed to thrive in the middle of a strip mall and a good distance away from any other nightlife spot. This allowed RecordBar to be annexed from Westport proper and shielded from its drunken denizens.

“It’s sort of Switzerland in Westport,” said Nathan Corsi of Not a Planet. “It’s not in the middle of everything but you’re still right by everything. I think that’s going to be hard to replicate.”

THE LACK OF A GREEN ROOM – Miller expressed some hope that the new RecordBar would also be without this typical music venue staple. I have to agree with her for a reason that highlights one of the venue’s greatest strengths.

Almost every night I went there, I would see headlining band members either strolling around the bar and watching the openers before their set or enjoying a drink with patrons afterward. That kind of immersion is almost non-existent at most venues of RecordBar’s caliber, where you are usually just a spectator watching the performance play out on a distant stage fortified by rails and security guards. And it was the blurring of that line that separated artist from audience that made RecordBar so special. 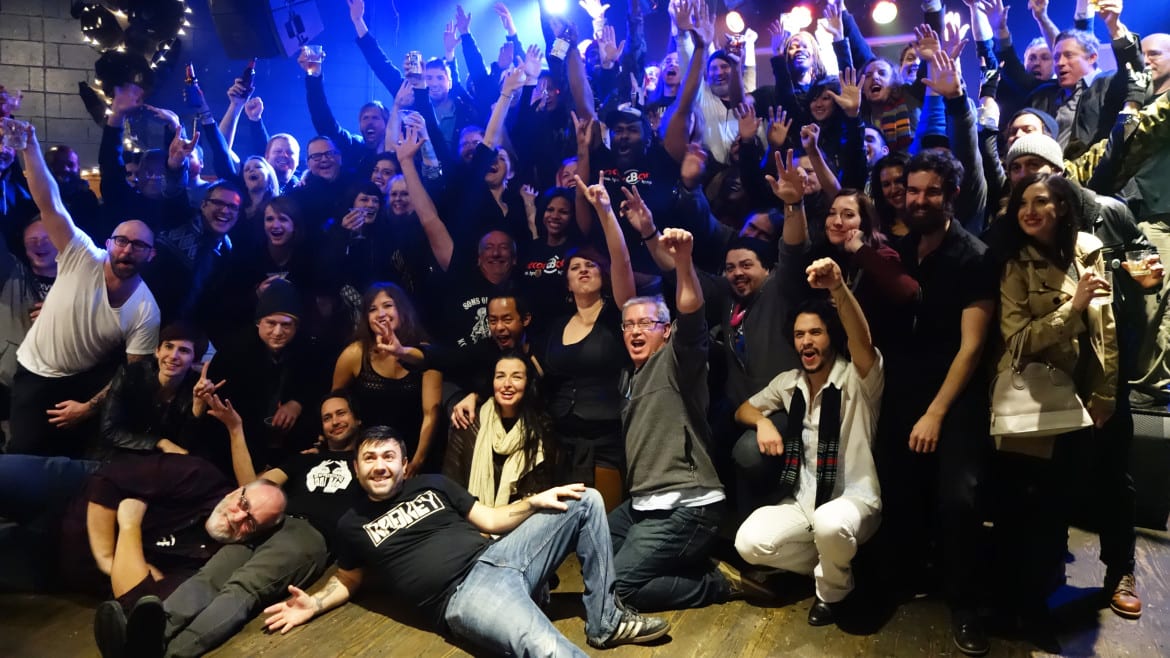 Alas, as much as their patrons may have loved these traits about the original space, it would be futile for Tulipana and Sherrill to attempt to exactly replicate what they created at RecordBar. And to their credit, they have admitted as much.

However, the two owners have mastered the skill of operating a successful music venue during RecordBar’s 10-year run. Armed with the experience they have garnered from their first venue and their devoted clientele, they will likely continue that success wherever they land – even if the new spot takes some getting used to.