You Asked and We Went to Town 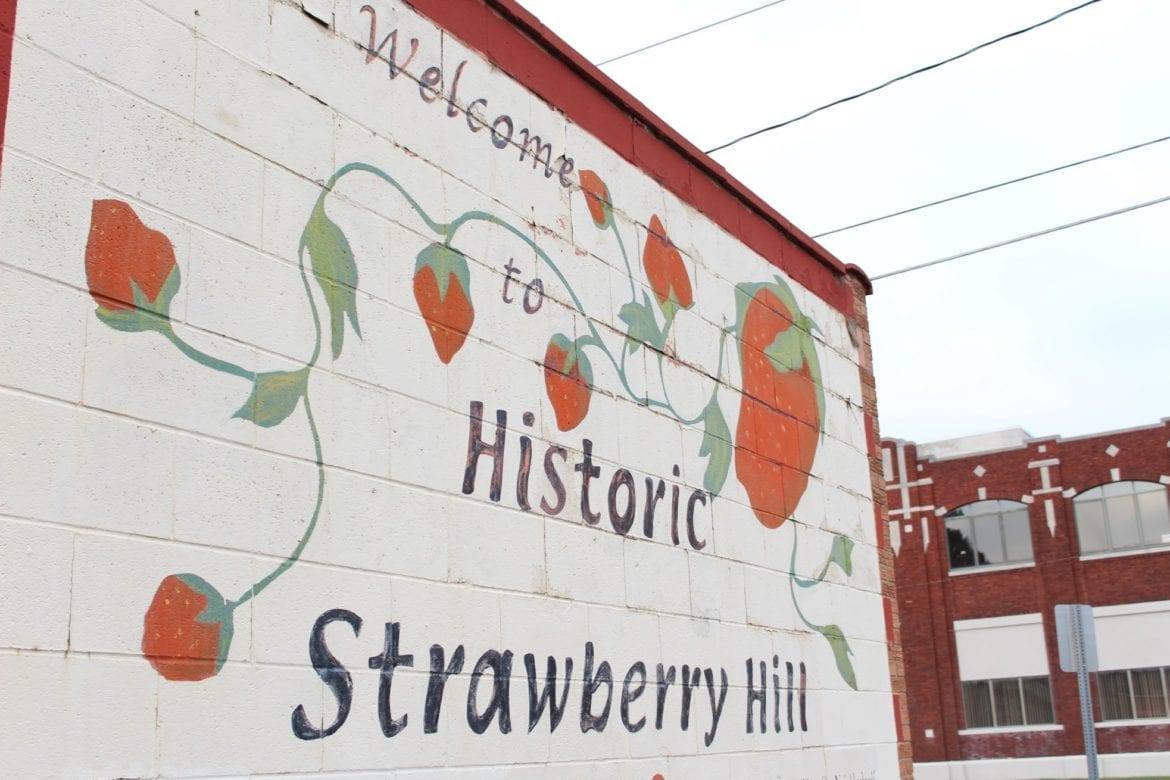 The reporter visits Strawberry Hill with the curious Kansas Citian and her two children.
Share this story

When she was around 10 years old, Christine Rogge attended an ethnic festival in the area of Kansas City, Kansas, known as Strawberry Hill.

That was decades ago, but the fond memory remains, and the south Kansas City woman turned to curiousKC so that she could pass along the rich history of that neighborhood to her own children. She asked: How did the Strawberry Hill neighborhood come to be? What are the traditions that fuel the community? What is being done to preserve it?

Strawberry Hill fascinates me, too. My great-great grandparents emigrated there from Croatia, like so many Slavic immigrants. I remember visiting the Strawberry Hill Museum and Cultural Center with my parents when I was a kid and buying povaticia, a traditional Slavic sweet bread, every holiday season.

Rogge, her two daughters and I recently visited the museum, where history came to life in the person of tour guide Bernadette Soptic, who was raised in the area. The visit could not have come at a better time, since the Christmas season is a charmed time for the museum and cultural center.

“It was a wonderful way to grow up,” she said. “Everybody knew everybody. You talk about being raised by a village — literally.”

Strawberry Hill is a microcosm of the American melting pot, counting more than 15 ethnicities. It has been that way ever since the late 1800s.

Most of the immigrants worked in the meatpacking industry.

“By the 9 o’clock whistle at the Armour Packing House you had to be home, or your mother would humiliate you and yell your name in the neighborhood,” Soptic said.

A question to curiousKC brings Christine Rogge, of south Kansas City, to the Strawberry Hill Museum and Cultural Center, so she can learn more about an area she has liked ever since she went to a Slavic ethnic festival with her childhood best friend. (Rachel Thomas | Flatland)

This orphan was one of thousands that lived at St. John Children’s Home before it transitioned into the Strawberry Hill museum in 1988. (Rachel Thomas | Flatland)

The immigrants initially lived in the bottoms, but after the flood of 1903, many families resettled further up a nearby hill that was covered in wild strawberries.

The neighborhood’s new name replaced what had been known as Splitlog’s Hill, named after Mathias Splitlog, a Native American who owned much of the land there. He sold plots to various families moving up the hill.

“We were poor, but everyone was poor,” said George Dolinar, a Strawberry Hill resident.

Most immigrants could not afford insurance, Soptic said, so they created lodges and collected dues to support each other.

“They’d set aside pennies, nickels, whatever they had,” she said, “as a form of insurance in case they got hurt on the job or a family member passed away.”

Yet no lodge could contend with the 1918 flu epidemic.

St. John the Baptist parish transformed a nearby home into an orphanage to raise children who had lost parents to the epidemic. The orphanage served more than 3,000 children before closing in 1988. The building is now home to the museum and cultural center.

St. John’s isn’t the only church you’ll find in Strawberry Hill. Faith was, and still is, a central component of the community.

The two largest faiths are Roman Catholic and Eastern Orthodox.

In the old days, the Irish attended St. Mary’s, the Germans went to St. Anthony’s, the Croatians went to St. John’s, and so on. The churches helped preserve ethnic cultures and traditions through social events and festivals.

Though some of the churches have followed their parishioners to the suburbs, Soptic said the remaining churches are vibrant. Many previous residents still visit the area each week to go to church or see loved ones.

Today, there are multiple ethnic festivals to bring all generations together, just like the festival Rogge attended when she was a child. The Slovenians celebrate Slovene Fest every September, the Polish put on Polski Day in May, the Croatian festival in August, and the Serbian festival in June and November.

Christmastime at the Strawberry Hill Museum and Cultural Center is a Kansas City holiday tradition. The museum closes for weeks while volunteers spend hours decorating its many rooms with Christmas trees, more than 50 mangers, and seemingly enough string lights to light another Country Club Plaza.

Along with the aesthetics, the arrangements also celebrate all of Strawberry Hill’s ethnicities

Volunteers from each ethnic group decorate individual rooms to reflect their holiday traditions. For instance, the German community includes a variety of nutcrackers, from life-sized to palm-sized, and the Belgian community places shoes in front of a fireplace so Saint Nicholas will leave them treats on Saint Nicholas Day, December 6th.

The holiday traditions are just part of the rich history that, Soptic said, is enticing the Millennials who are now moving in and fixing up old houses. “It’s like a rebirth of this area,” she said, “and I’m so excited about that.”

Rogge’s daughters thought they were going to pick strawberries during their visit to Strawberry Hill. Though they’re only 6 and 4 years old, Rogge said it’s important for them to learn about the community around them.

“Even if they might feel or express that they are too young, they’re seeing that we’re visiting museums, that we’re learning, that knowledge and curiosity is important,” she said. “And that’s why I like to engage in those types of activities. Even if they don’t understand everything we’re talking about, they’re still getting some value out of the experience.”

—Rachel Thomas is a convergence journalism student with an emphasis in multimedia producing at the University of Missouri – Columbia.