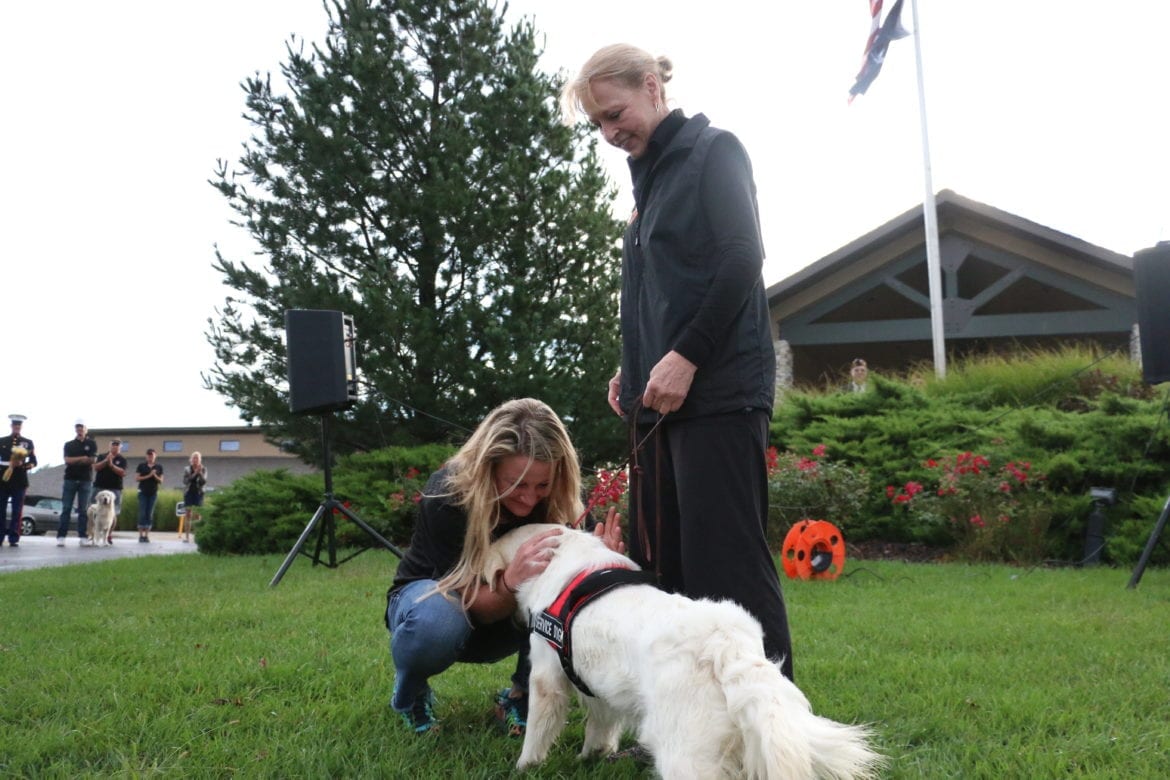 "I just feel like she is going to be my savior," Brittany, a veteran of the U.S. Army, said Friday upon meeting Hattie, a service dog given to her by Friends in Service of Heroes, an Olathe-based charity. Debbie Lange (standing) is with the North Carolina organization that trained the dog. (Photo: Mike Sherry | Flatland)
Share this story

Brittany lives from day to day with relentless anxiety, depression, nightmares, insomnia and a fear of crowds.

She’s a 30-year-old U.S. Army veteran, a combat surgical nurse who did stints in South Korea, Iraq and Afghanistan while in the service from 2005 to 2013. She suffers from post-traumatic stress disorder.

Brittany’s PTSD stems from combat and from a sexual assault at knifepoint, perpetrated by an Afghan civilian. She lives in Lawrence, Kansas, but preferred not to give her last name.

“I’m scared of everything — loud noises, crowds of people,” she said. “I’ve had four different suicide attempts since I got home.”

Now Brittany has Hattie to help her face her fears and get back to a normal life.

Hattie is a service dog. She came to Brittany courtesy of Friends in Service of Heroes (FISH), an Olathe-based nonprofit established more than three years ago by Paul Chapa.

Hattie is the 10th dog the organization has provided to veterans. FISH also provides heavy-duty, motorized wheelchairs to disabled veterans, and other social services to veterans and their families.

The veterans organization presented Hattie to Brittany at a ceremony this morning at its annual fundraising golf tournament, held at Falcon Lakes Golf Club in Basehor, Kansas.

The event drew about 110 golfers, and Chapa hoped this year’s proceeds would push the three-year total to more than $60,000.

FISH pays between $7,000 and $8,000 for a service dog. The organization’s supplier is the nonprofit affiliate of The Dog Knowledge, a training center based in Charlotte, North Carolina.

Brittany is scheduled to train with Hattie in Charlotte for four days later this month. 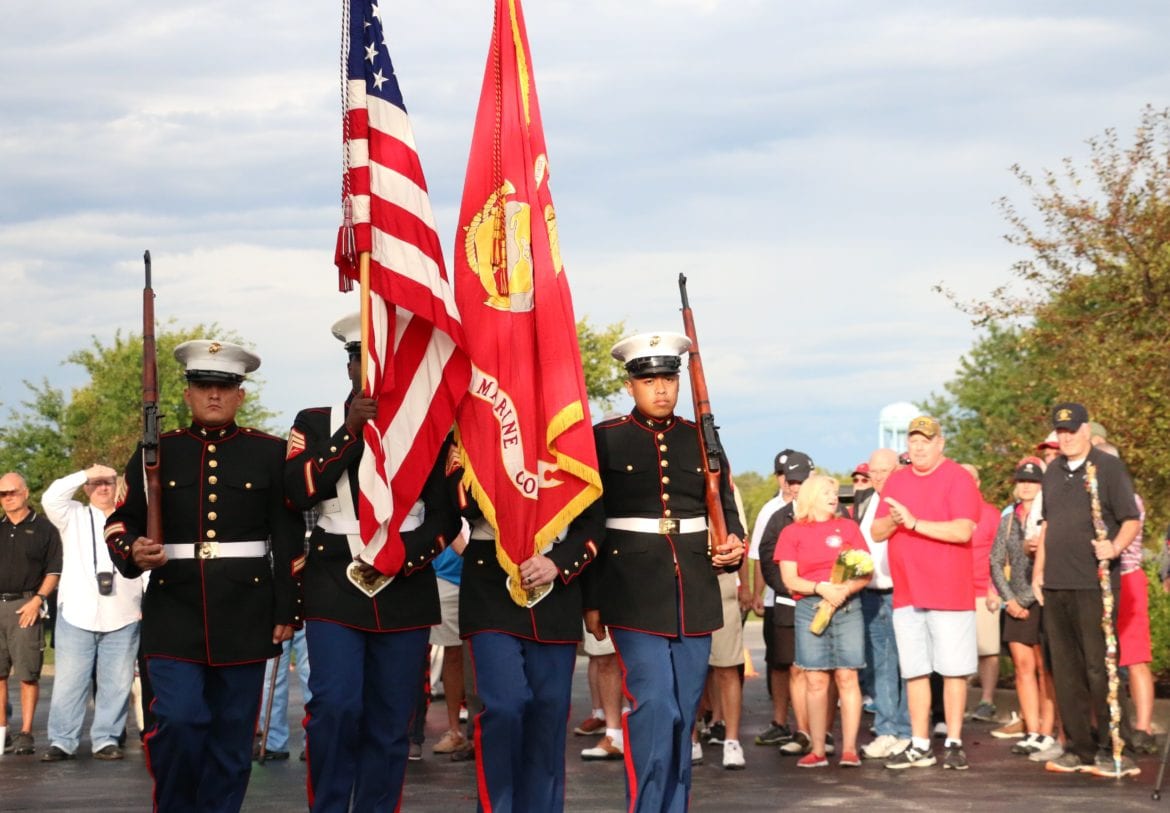 The general public might think of service dogs mainly as aides for the blind, but as Brittany illustrates, they can be much more than that. Paul Schmid knows that, too.

Schmid is 70 and lives in Overland Park. He served his country flying helicopters for the U.S. Navy, leaving him disabled after exposure to Agent Orange during a stint in Vietnam. And now it’s Ralphie’s turn to serve Schmid; Ralphie is a 3-year-old cocker spaniel.

“He’s a smaller dog,” Schmid said. “He weighs 23 pounds. He’s just very calm. He’s trained to stay with me and look out for me. He’s devoted. It’s a great partnership, really. He’s friendly to everybody.”

Schmid trained for three days at The Dog Knowledge on how to handle a service dog, and he brought Ralphie home in April.

Service dogs are distinct from other companions that cheer people up — those are “emotional support animals,” explained Debbie Lange, owner of The Dog Knowledge.

“The [service] dog might put its head in a person’s lap to help with people who can’t deal with crowds. The dog might walk backward on command, watching the perceived threat,” Lange said. “They also give physical support to steady people with trouble walking. … If a person’s hard of hearing, the dog alerts them to a fire alarm or fire engine, and it alerts them if it smells smoke.”

It usually takes about a year to train a female dog and about 14 months to train a male dog to provide services to someone with PTSD, she said.

Brittany said she was happy to get Hattie’s help.

“It’s like I need someone by me all the time,” she said.

— This story is part of KCPT’s project Veterans Coming Home, an innovative cross-platform public media campaign that bridges America’s military-civilian divide by telling stories, challenging stereotypes and exploring how the values of service and citizenship are powerful connectors for all Americans.

— Jerry LaMartina is a freelance writer living in Shawnee. Comment below or find us on Twitter @FlatlandKC

One thought on “Four-Legged Friends Bring Aid, Comfort to Veterans”