Taking a look at how green the furniture megastore actually is 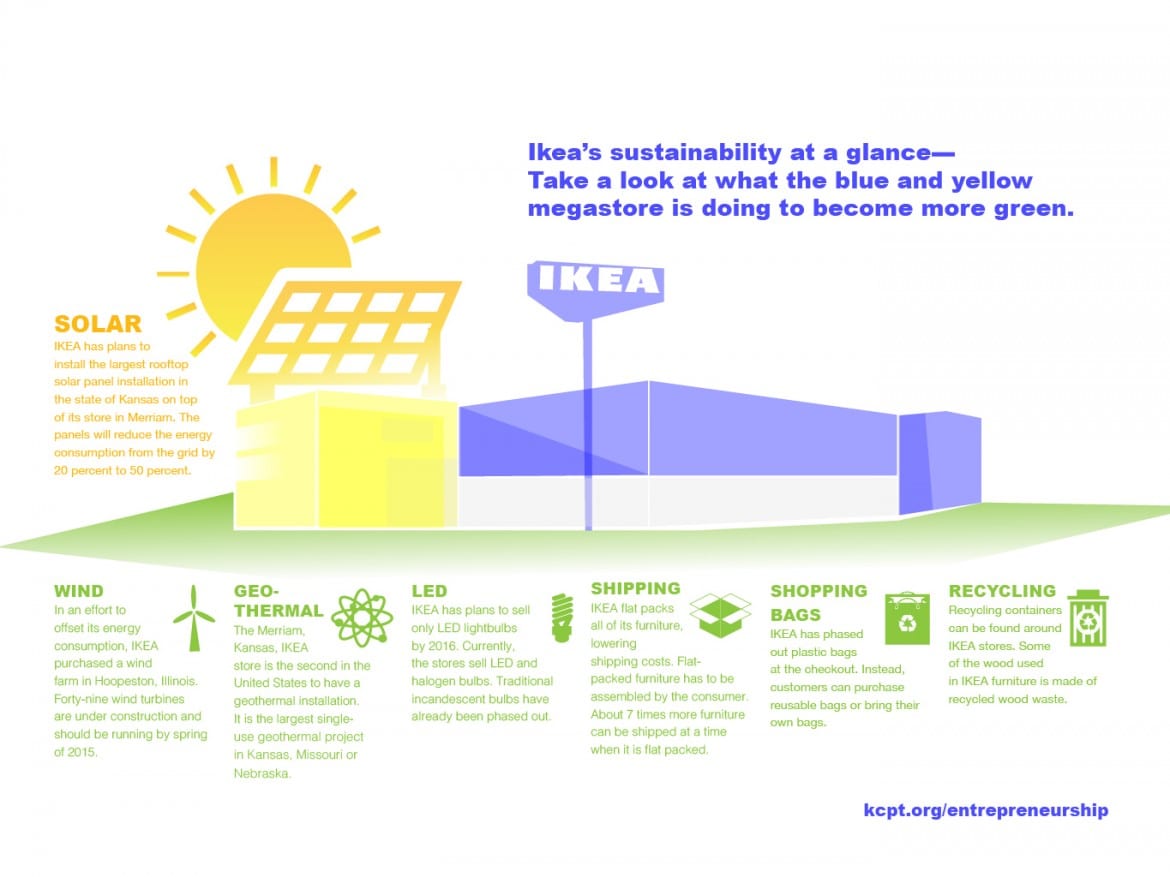 The home furnishings megastore is known for its inexpensive flat-packed furniture that has to be assembled at home.

The company also frequently promotes sustainability as a “cornerstone of its business model.” Joseph Roth is the director of public affairs for Ikea in the United States. “It’s also just smart business to maximize the resources as much as possible,” he said.

Ikea, as a company, has plans to become more sustainable in its energy consumption, the goods it sells and the raw materials it consumes. The Merriam geothermal project consists of pipes running deep into the ground under the store to help control the temperature of the building. 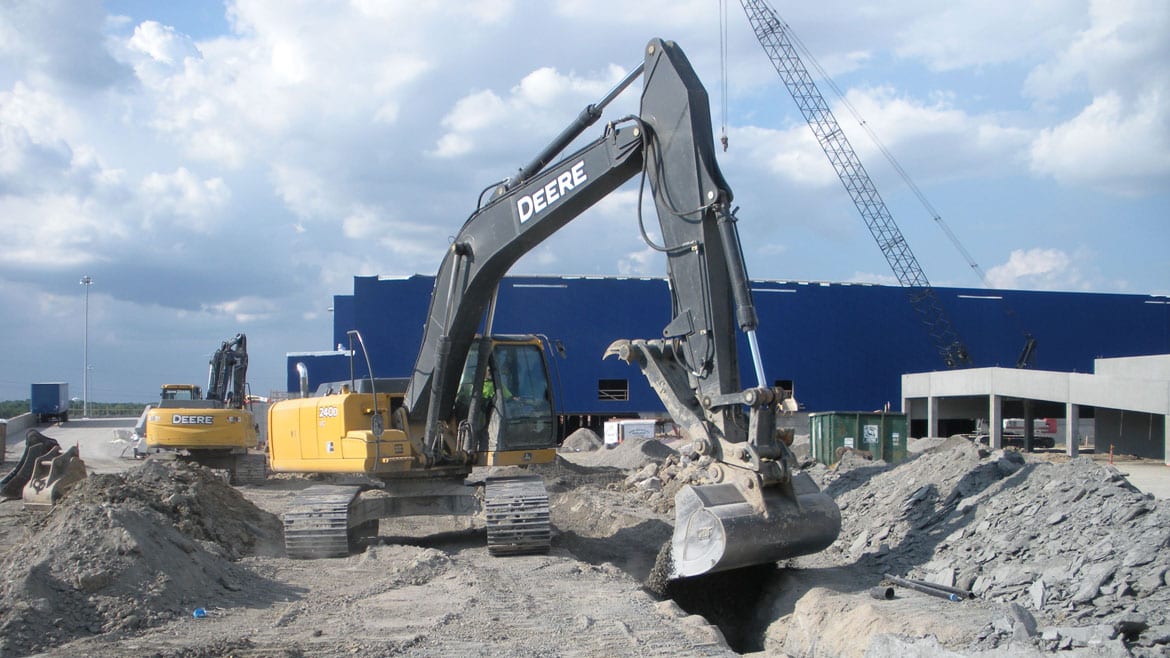 Ikea Merriam’s geothermal project being installed under the store. (Photo courtesy of Ikea)

The company also has plans to install the largest rooftop solar panel installation in the state of Kansas on top of the store in Merriam. Roth said the solar panels will allow the store to use 20–50 percent less energy from the grid.

But, when it comes to furniture manufacturing, the key is wood. Since Ikea is such a huge consumer of lumber worldwide, some environmental advocates have raised concerns about how sustainable the company’s wood really is. Ikea’s goal is to reach the certification standards of an organization called the Forestry Sustainability Council for all of its logging. But recently, the company has been under fire for logging in old-growth forests in Russia. The company had a permit from the FSC pulled for a forest in the Karelia region. The permit has since been reinstated.

At issue are what the industry refers to as “intact forest landscapes” or IFLs. Rolf Skar is the forest campaign director for Greenpeace in the U.S.

“Intact forest landscapes aren’t in your backyard, generally speaking,” he said. “It’s basically the last big wild forests left on the planet, the ones that haven’t been torn apart or eroded, and there’s not a lot of them left.”

IFLs are mainly found in hard-to-reach parts of the globe. Think Alaska, Northern Canada, the Amazon and Russia, which is one of the places where Ikea logs. Skar said that protecting IFLs is as much a governance issue as it it is an ecological issue.

“In places like Russia, it’s widely acknowledged that there are huge corruption issues and contradictions that companies like Ikea will encounter if they do business in these regions. Who’s really watching these forests? The answer, unfortunately in Russia, more often than not, is no one,” he said.

He said this is how companies like Ikea can end up logging in an area that isn’t sustainable at all.

“If they didn’t know it, they do know it now, thanks to the controversy, that this is an extraordinarily high risk area. It’s old-growth forest, and you’re chipping it up to make furniture, so that’s generally not the kind of things that customers expect,” he said.

Corey Brinkema is the president of the Forestry Stewardship Council, the group that certifies logging operations as sustainable. He said Ikea was one of the earliest users of the FSC certification standards.

“I think they began as many do to recognize that the first thing to do is really to ensure that the most egregious forestry practices are not part of their supply chain,” he said.

Both Greenpeace’s Skar and the FSC’s Brinkema seem to believe that for a large company, Ikea exhibits some sustainability standards. But because it’s a large company, it needs to closely monitor its logging practices.

Meanwhile, Ikea continues to log in Russia, but said a company goal is to get all its logging practices up to FSC standards.

“While we are a big company, we are still lean enough where we are still able to alter our plans and make modifications to our sourcing as the need arises,” he said.  “But we try to work very closely with local authorities of whatever country we’re in, and no matter what country we’re sourcing from, to try and ensure that wherever our resources are coming from, it’s a sustainable source.”

Ikea has a goal to be completely energy independent by the year 2020.