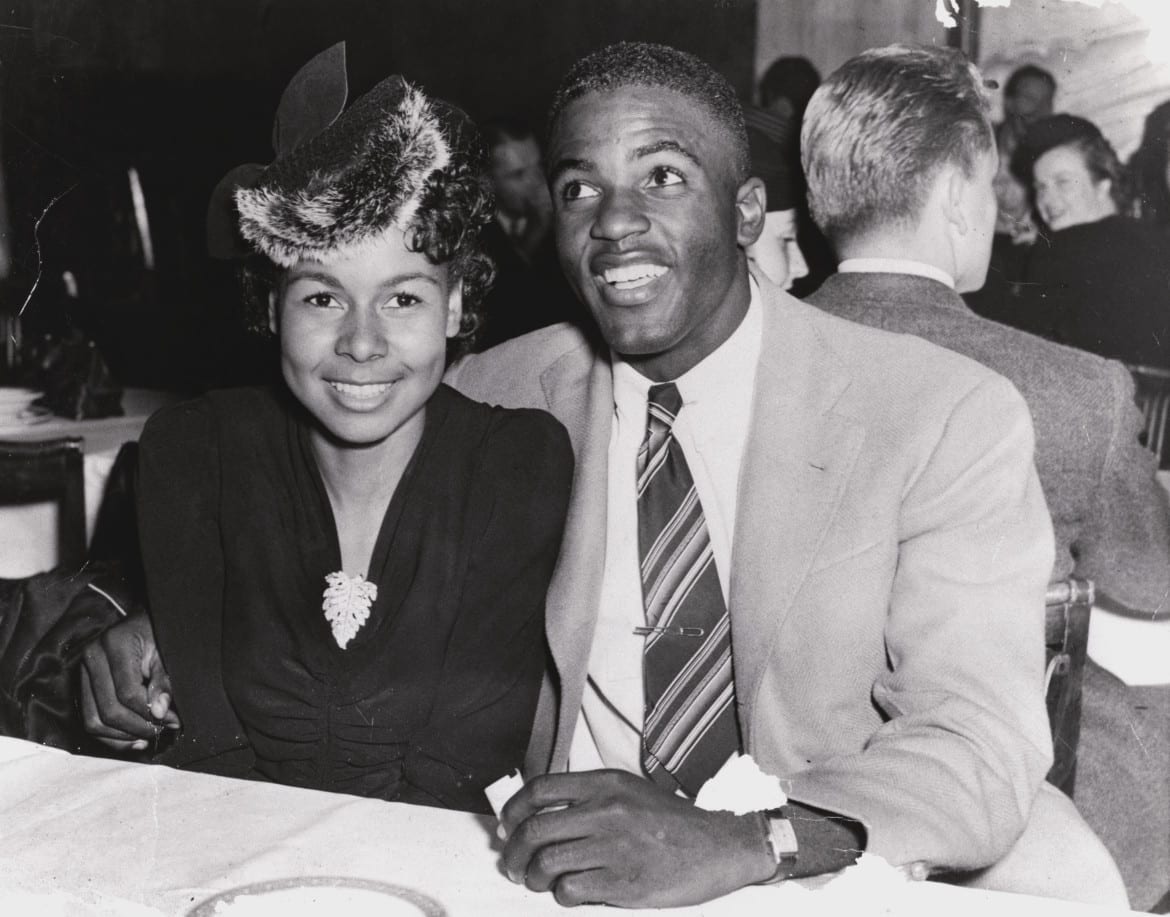 Jackie Robinson and Rachel Isum: "It was inevitable that she would become the center of the story," says filmmaker Sarah Burns. (Photo courtesy PBS)
Share this story

Jackie Robinson’s push for racial equality spanned a lifetime where he used his athleticism as a conduit to challenge our country’s segregated system and demand change. Now, a new two-part film on his life airs next week on KCPT. (Flatland is KCPT’s digital magazine.)

Through a collection of old photos, film, and interviews, the project delves into the complexities of a man who was a Civil Rights pioneer before and beyond his integration into Major League Baseball. He was someone Martin Luther King called “a sit-inner before sit-ins, a freedom rider before freedom rides.”

Sarah Burns co-directed the film with her renowned filmmaker father Ken Burns and her husband, David McMahon. Flatland spoke with Sarah Burns recently about the film. Here’s an excerpt from that conversation.

With a person as iconic as Jackie Robinson, whose story has been told in so many books, radio shows, on Hollywood film, and in plays, how is this film different from the other biographies and tributes? What is revealed in it?

We felt that even though there has been so much coverage of the Jackie Robinson story in books and film, a lot of the ways it was told was limited. They just look at the beginning of his baseball career. I understand why because you want to focus on this iconic moment, but his life was much more complicated and broad. The danger of looking at just that time is that we think of him as this guy who turned the other cheek, who was quiet, who was passive in the face of the torment he faced, when actually in the rest of his life, outside of these couple of years in baseball, he was very much inclined to speak out and he fought for integration and against racism and fought for opportunity in almost everything he did long before his baseball career and long after it. And then he used his platform, which he earned as a baseball player, to speak out. We miss out on that part of the Jackie Robinson story when just focus on that ’47 season as we often do. 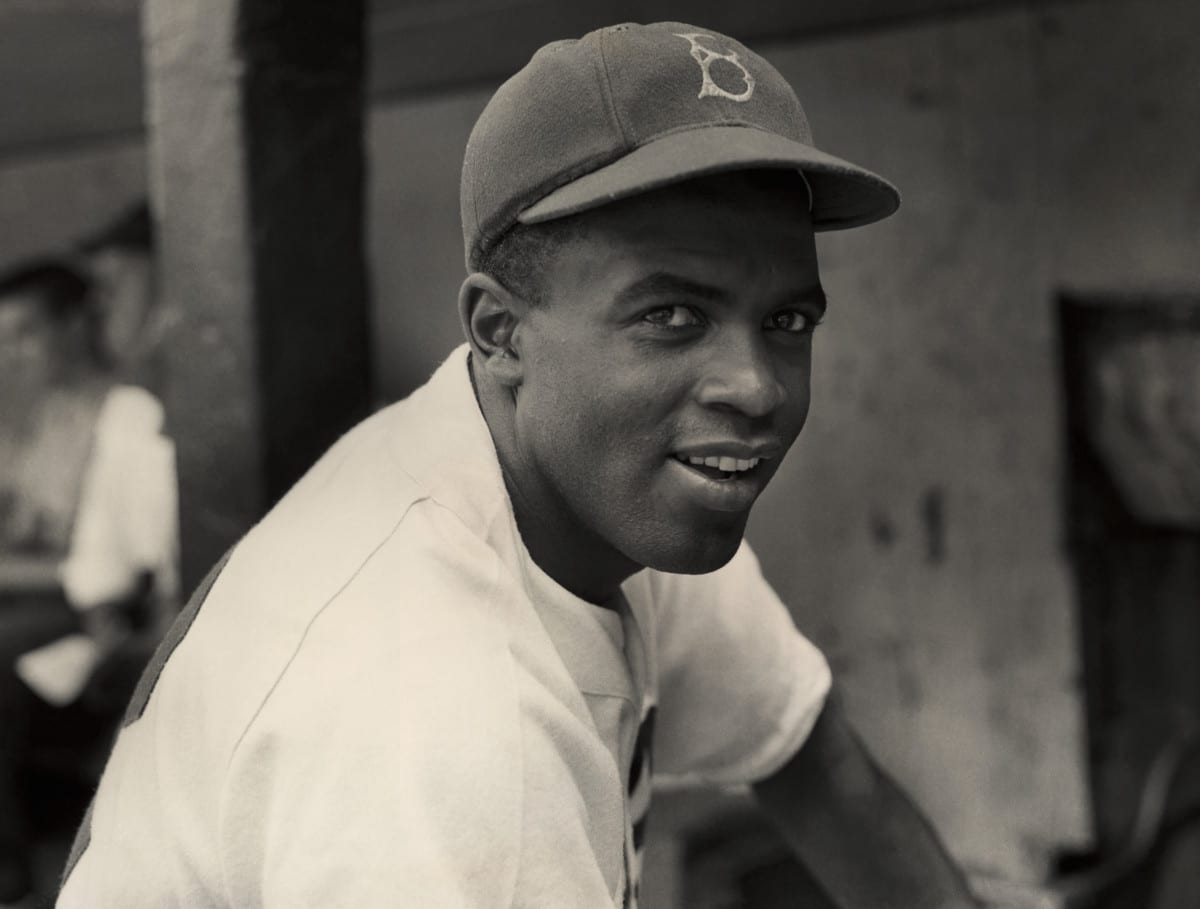 What struck me was that Jackie Robinson’s integration into Major League Baseball was the league’s most important milestone, yet this film isn’t really about baseball, is it?

The significance of Robinson, of course, is that he integrated baseball but there is also much more. It’s about what he experienced and what kind of racism he faced and what kind of burden was on him to prove himself and represent his race, as many people thought, and the context matters and we have to understand where we are, when we are. He, in 1944 as a second lieutenant in the U.S. Army, is court-martialed for insubordination after he refuses to move to the back of the bus on a military base – that is important to know about him. He is standing up to these Jim Crow customs and for his rights that he knew he was going to fight for. This was more than a decade before Rosa Parks sparked the Montgomery bus boycott. That’s important to understand. He’s not the beginning of the Civil Rights movement, but this is an important moment in that scheme of things. So to understand how he fits into that is really important. So it’s not just about baseball, but there’s plenty of fun baseball in there. It’s really the arc of the African-American experience in the 20th century and how we see all of that through Jackie’s life.

Your dad, Ken Burns, became good friends with Jackie’s wife, Rachel Robinson, when he made the film “Baseball.” Rachel is the thread that pulls the film together. Was this intentional?

Rachel was the first interview we did for the film and she gave us three interviews ultimately and that has everything to do with how extraordinary she is and her memory to be able to talk about things in meaningful ways. She does become the heart and soul of this film. This is different in how we have (previously) treated the story. Often it was a Robinson and (Branch) Rickey (Brooklyn Dodgers president) or Robinson and Pee Wee Reese (Dodgers teammate who provided him support when he integrated Major League Baseball) story and it became clear to us that it was more the Jackie and Rachel story because she was there more than anyone to give him advice, to give him support as he battled through this really challenging thing he was doing. It was inevitable that she would become the center of the story. 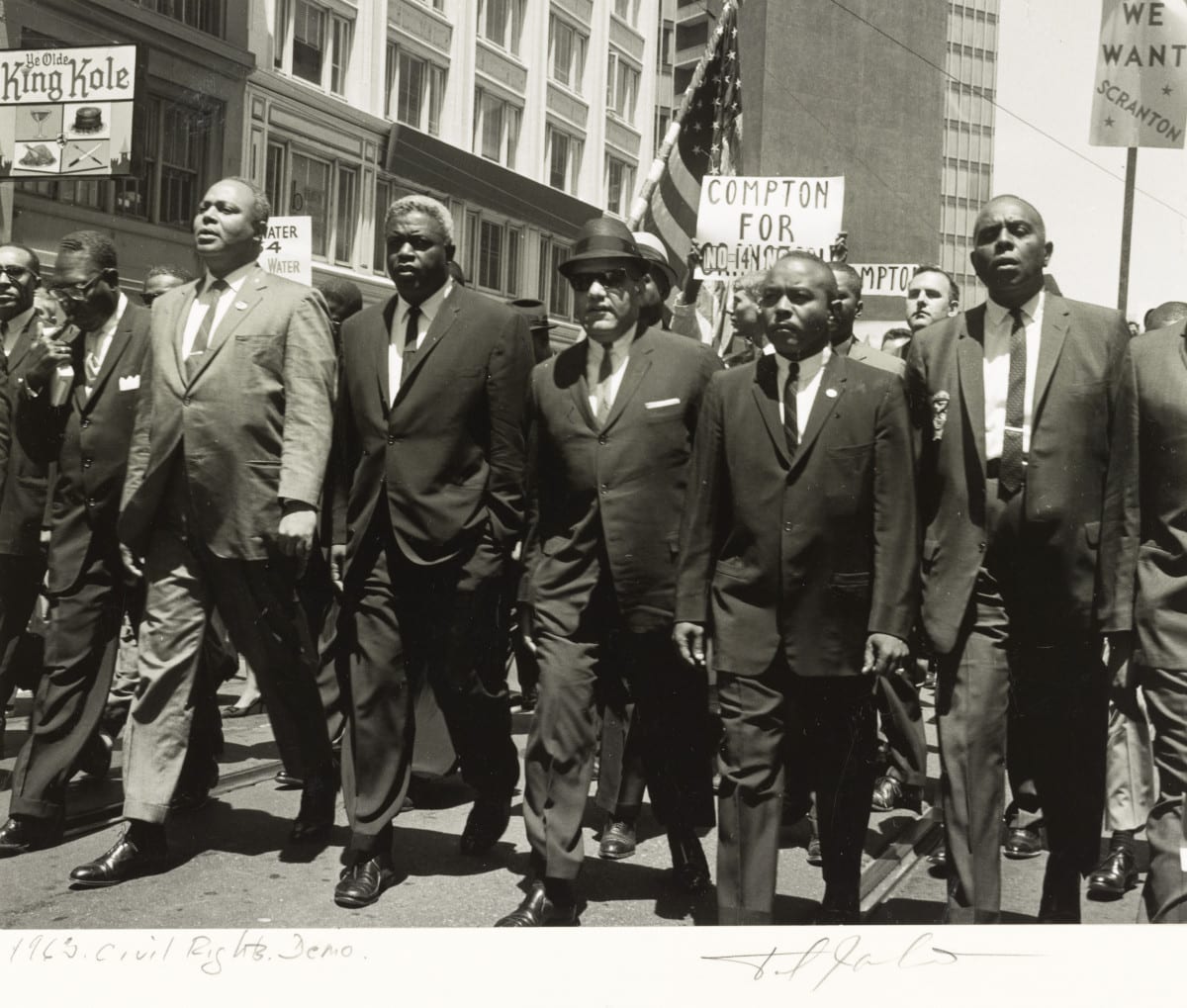 One of the interesting points from the film was that while Jackie Robinson was talented, he was not necessarily the best player in the Negro Leagues. However, Brooklyn Dodgers president Branch Rickey wanted someone of character who could take the backlash and confrontation the first black player was to face.

If he had come around a generation later I think he would have been a professional football player rather than a baseball player. That was his best sport when he was at UCLA and he was a talented all-around player. As we mention in the film, Rickey was looking for the whole package. Certainly how he played was important and he had only been playing briefly in the Negro Leagues with the Kansas City Monarchs when Rickey started looking at him. His professional baseball career was very short at the time. It was much more than his ability to play baseball. It was about Rickey believing that he was someone who could withstand the pressure and he was someone who could do it without fighting back which (Rickey) thought was needed for the success of this experiment, as he called it.

But then he was able to speak out and confront others a few years later. Yet acceptance of integration was slow-moving even in Jackie’s own clubhouse.

When Jackie was turning the other cheek he quickly became very popular as he was taking all the racism and this turned the white press in support of him. He was a hugely popular figure for white and black alike. But, once he started speaking out more, many of these people in the press who had supported him only liked him when he was quiet and suddenly he had become more threatening to them when he is speaking his mind. As Howard Bryant says in our film, (Jackie) wasn’t going to be satisfied just being given this one thing, there was more. Now he’s working on integrating the hotels they were staying at and complaining that other teams weren’t integrating as quickly as the Dodgers and calling people out on it. He even came into conflict with his teammates, his black teammates, like Roy Campanella who said, “Hey, I’m really happy to be here, I don’t want to make trouble.” But Jackie was always someone who was inclined to rock the boat.

You have explored race and injustice before when you wrote about and co-directed The Central Park Five – the film about the black and Latino teenagers who were wrongly convicted in the Central Park Jogger rape of 1989. Are we as Americans doing enough to talk about race?

It’s something that we are talking about more today than we were even five or 10 years ago. It is important to talk about and not in simple past ways, but in ways that it’s an undercurrent in our society that we have to deal with. It is in our interest, in making a film like this and The Central Park Five, to spark a conversation and even make people uncomfortable. And these conversations are uncomfortable.

“I imagine that Jackie would have supported this idea that it was important to acknowledge that so often black lives have not been treated equally to white lives.”

Jackie Robinson faced criticism that other social pioneers face when they become the symbol of the movement yet are still human and have opinions of their own. Later in life he disagreed with the African-American militant stance of the Black Panthers. Some thought he wasn’t doing enough to help black people, although he was instrumental in the Civil Rights movement after his baseball career. How important is his message today?

The thing that is most important to take away from his message is that more than any particular thing he said or did was the fact that he was out there doing it. He might not have always been right, and that’s hard to say who was right or wrong and what was the best direction for the movement and the most effective thing to do to make that change. But he was working for that change. Even later in life when his health was failing him he was getting up everyday and trying to figure out what he could do, and that ranged from raising money for the NAACP and going to giving speeches to Civil Rights groups in the South to writing columns on a number of issues. So that is important that he was speaking his mind and trying to be helpful. Yes, it would sometimes blossom into disagreement with some of the younger leaders of the movement who came around later and were more militant. He might have sparred with Malcolm X in the newspaper, but he also agreed with Malcolm X that economic opportunity was hugely important and that African-Americans should own and control their own businesses. He was working on these questions all the time, and that was the important thing.

What do you think Jackie Robinson would have to say about the Black Lives Matter movement?

I can’t speak for what he would say directly, but I imagine that Jackie would have supported this idea that it was important to acknowledge that so often black lives have not been treated equally to white lives. That was something he talked about all the time, maybe in slightly different terms. He would have been a part of that movement. There’s plenty in (his) story that feels relevant to today. We are still wrestling and grappling with these same issues that we were during Jackie’s time.

“Jackie Robinson” airs at 8pm, April 11 and 12 on KCPT. For more from the co-directors and KCPT’s screening event with the Negro Leagues Baseball Museum, go to KCPT.org.