About Us Reporters Careers Support Contact Subscribe
Home | Video Series | 90 On The Clock | Set Your Watch: 90 seconds with local innovators and entrepr...

Set Your Watch: 90 seconds with local innovators and entrepreneurs 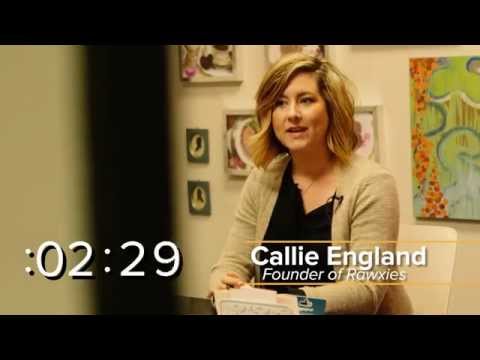 It’s coming! Set your watch as we team up with Startland News to highlight Kansas City’s innovators and entrepreneurs, all in 90 seconds.

“90 on the Clock” premieres next Wednesday, September 23 with Callie England, creator of Rawxies, as she talks about her East Bottoms business and its raw, vegan, and gluten- and soy-free cookies.

The five-part series continues each Wednesday as the 90-second interview gets into the minds and processes of other local startups:
FitBark (Sept. 30)
Based in the heart of the KC Animal Health Corridor, FitBark leads the charge in changing the way humans understand the health and the behavior of their dogs.

Cremalab (Oct. 7)
Cremalab is a team of product designers, developers, and business strategists specializing in building digital products for startups.

Editor’s Note: 90 on the Clock will feature five companies instead of the announced six. Trellie is no longer participating. The digital series will continue with Mighty Handle airing one week earlier.

Tags: 90 on the clock • digiseries