Above image credit: The KC Media Collective hosted a panel discussion on "The Politics of Generation Z" at the University of Missouri-Kansas City on Tuesday evening. Shown on stage is Denesha Snell (standing) of American Public Square, and sitting from left to right: moderator Celisa Calacal of KCUR 89.3 and panelists Nasir Montalvo, Komalpreet Kaur, Timothy Tasler and Jacob Zink.
Sponsor Message Become a Flatland sponsor

Folks of all ages gathered Tuesday evening to ponder the politics of Generation Z.

The KC Media Collective hosted “The Politics of Generation Z,” a panel discussion moderated by Celisa Calacal of KCUR 89.3 in Pierson Auditorium on the campus of the University of Missouri-Kansas City.

The four panelists were true to their generation – young, diverse and politically active. They also acknowledged a somewhat shaky faith in our democracy.

Data shows that 70% of Gen Z is involved in a social or political cause, and these panelists were no exception. For many of them, reactions to their identities catalyzed them to become politically and socially aware.

“What’s shaped a lot of my political foundations definitely has to be around my identity … I’m Black, I’m queer, I’m feminine,” said Nasir (Nas) Montalvo, a staff writer for the Kansas City Defender who focuses on Black, queer histories.

When they came out in high school, Montalvo was quickly confronted with the realities of a homophobic world. This, in part, was what spurred them towards advocacy.

For others like Jacob Zink, their political awakening was less of an event than an outcome of an ongoing grind.

“With the increasing polarization of our country, you’re dragged into politics whether you like it or not,” Zink said. “Someone’s going to ask you where you fall on an issue… You don’t want to be the person that gets your tongue tied.”

Zink added that he was asked to be on the panel due to his more conservative stances, but he wanted to clarify that he doesn’t identify with either Democrats or Republicans. In fact, none of the four panelists felt comfortable fully claiming either party.

“I just think that there’s no point in trying to ascribe to either of the parties, because either way I feel like they’re going to let me down,” Montalvo said.

Panelist and high school senior Timothy Tasler concurred, describing today’s political climate as “in a word, disappointing.” But it is important to note that while much of Gen Z feels this way, that’s not the end of the story.

Gen Z is notorious for taking action on social and political issues, whether it be donating, posting on social media, protesting or boycotting places and products that don’t align with their beliefs.

Despite feeling that voting isn’t the best way to create national change, this generation also has shown up at the polls in record numbers in addition to taking community action.

Take 17-year-old panelist Komalpreet (Komal) Kaur, for example. After seeing her parents struggle with the immigration process, she started a nonprofit called Eye of an Immigrant to help other immigrants on the path to citizenship.

Kaur, as possibly the most optimistic panelist, is confident in Gen Z’s ability to find common ground and create positive change.

Many Gen Z members will tell you that they’re proud of their generation’s capacity for empathy, which was on full display as the panelists left the crowd with a reminder to be kind to one another. 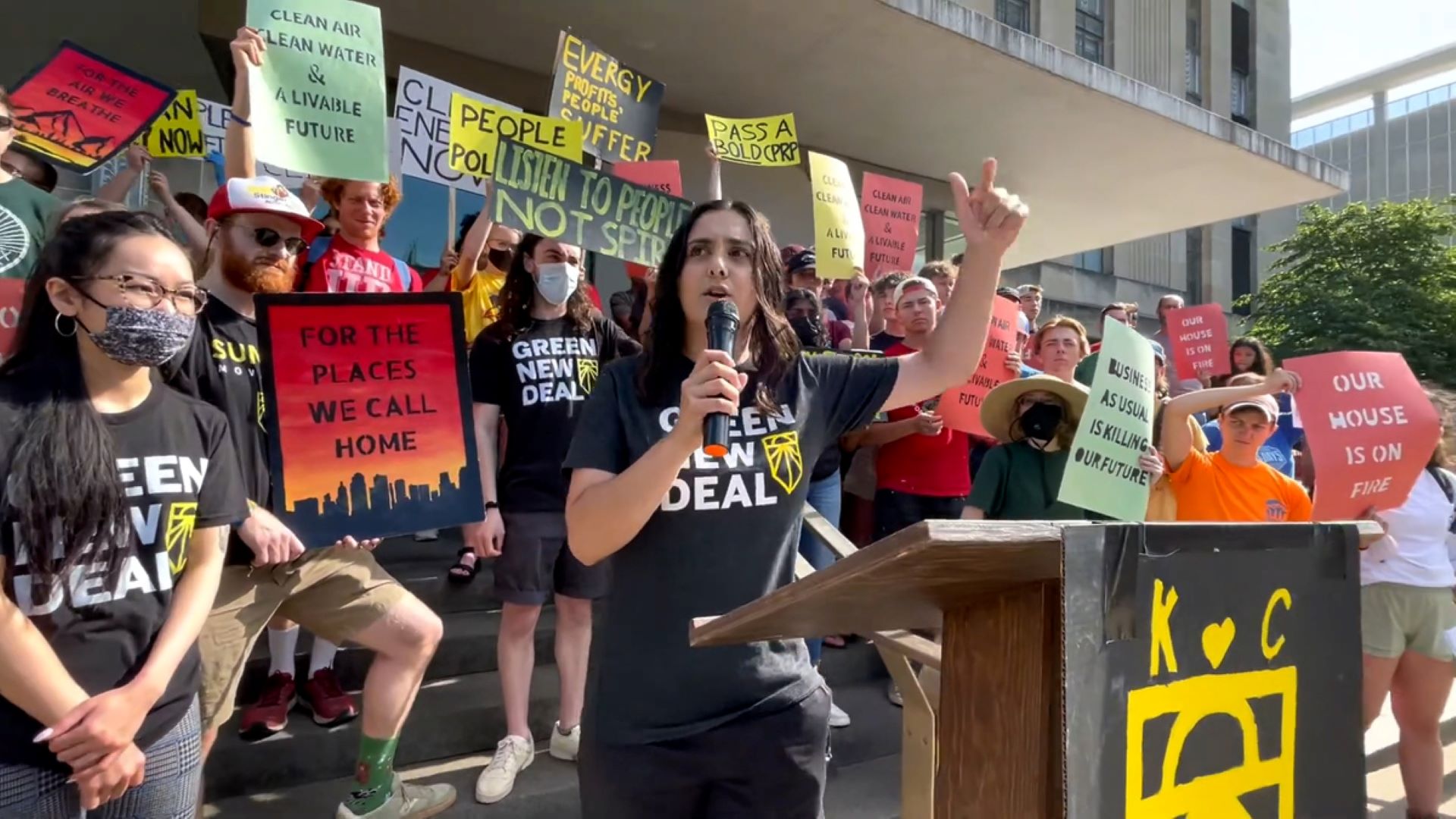 Gen Z Activists Confront an Age of Anxiety Rather than simply stewing in an age of anxiety, though, many members of Gen Z are embracing activism to express their dissatisfaction with the state of the world.