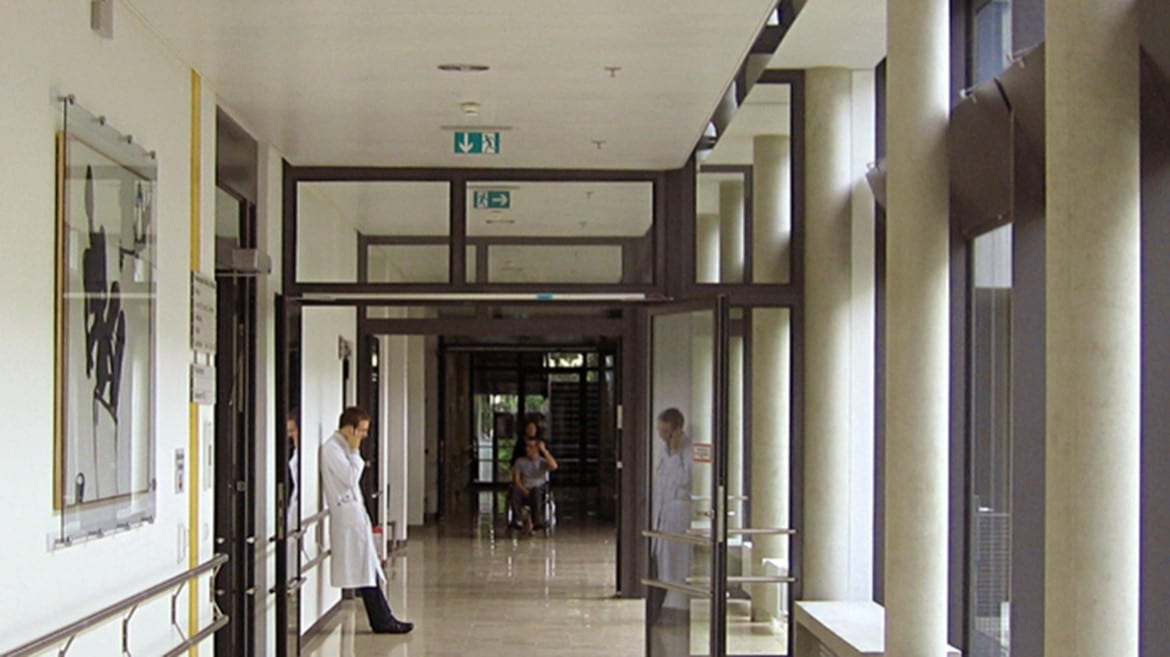 Experts on rural Kansas hospitals made dire predictions about their fiscal futures in a legislative hearing Wednesday that laid the groundwork for a discussion of Medicaid expansion.

Rep. Tom Sloan, chairman of the Vision 2020 Committee, said that he’s trying to start a discussion about crafting an expansion plan that addresses the needs of stakeholders and the concerns of those wary of its connections to the Affordable Care Act.

“I’ve heard the governor and legislative leaders say they don’t want the Affordable Care Act, but they would like to see a ‘Kansas’ plan,” said Sloan, a Lawrence Republican. “None of the other standing committees have had the time to devote to it. We’re going to.”

There’s no formal bill for expansion yet, but the Kansas Hospital Association continues to lobby for it through a more conservative approach, similar to those being taken by other states led by Republican governors.

Sloan’s committee spent Wednesday hearing about how the lack of expansion is affecting the finances of rural hospitals.

“In many of our rural areas, the hospital is the largest employer, or one of the top two or three employers in that area,” said Chad Austin, the hospital association’s senior vice president. “So they are a large economic engine.”

Melissa Hungerford, the hospital association’s executive vice president, said the future is uncertain for many of the state’s rural hospitals.

It’s difficult to recruit physicians to rural areas, she said, and with shrinking populations in a majority of Kansas counties, some hospitals no longer have the patient load to support their infrastructure.

“We’re going to have to look for ways to reduce costs and find efficiencies wherever we can, but at some point you can’t go any deeper,” Hungerford said. “And some of our hospitals are at that point already.”

Kansas is home to more small critical access hospitals than any other state.  Medicaid expansion is a crucial issue for many of them, said Scott Taylor, CEO of St. Catherine Hospital in Garden City.

“This large number of critical access hospitals in western Kansas, many of whom require a county subsidy to keep their doors open, could benefit immensely from an expansion of Medicaid,” Taylor said in an interview earlier this week.

Additional Medicaid funding, Taylor said, would help to maintain “a health care infrastructure in rural Kansas” where patient volume is low and operating margins are thinner as a result.

Dennis Franks, CEO of Neosho Memorial Regional Medical Center, said at Wednesday’s committee hearing that expansion also would help reduce the amount of uncompensated care hospitals provide, because many uninsured Kansans who don’t qualify for ACA subsidies would be eligible for Medicaid.

Franks said patients without insurance coverage still receive care, but often in its most costly form: in the emergency room.

“What happens then is we all pay for that,” Franks said. “This expansion is going to cover a lot of that.”

He said his hospital contributed nearly $60 million to the Chanute and Neosho County economy in recent years through payroll and capital improvement projects. But Franks said more could be done if his facility was providing less uncompensated care.

Neosho Memorial serves an area of southeast Kansas where 12.5 percent of residents are uninsured and 20 percent live below the poverty level, he said.

That led to $1.4 million in “charity care” last year that the hospital could ill afford.

“We’re in one of the roughest times we’ve ever been in,” Franks said.

Legislators had several questions about the possible effects of Medicaid expansion, with freshman Rep. Shannon Francis, a Republican from Liberal, asking how much uncompensated care the state’s hospitals were providing in total.

Austin said that figure is “just south of a billion dollars” annually.

The Affordable Care Act, commonly known as Obamacare, decreased federal reimbursements for uncompensated care under the assumption that the law’s Medicaid expansion would reduce the number of uninsured — and the amount of uncompensated care.

But the U.S. Supreme Court ruled in 2012 that states cannot be compelled to expand their Medicaid programs. In states like Kansas and Missouri that have chosen not to expand Medicaid, hospitals have lost their uncompensated care reimbursements and not gained the new Medicaid money.

“That’s put many of our local hospitals in a bit of a bind, yes,” Francis said.

Medicaid expansion has been a political nonstarter in Kansas for years because President Obama and the health care reforms he spearheaded remain unpopular with some voters and legislators. Opponents have expressed concern that the federal government will renege on its commitment to fully fund expansion in its early years and then fund at least 90 percent after that.

House Speaker Ray Merrick is opposed to expansion. But Sloan said House leaders have neither encouraged nor discouraged his hearings on the issue, and his committee will continue to explore it.

“It’s still a long shot, but at least we’re starting,” Sloan said. “We’re actually having a productive discussion now about what a KanCare expansion or Medicaid expansion plan should look like or include. That’s a step in the right direction.”