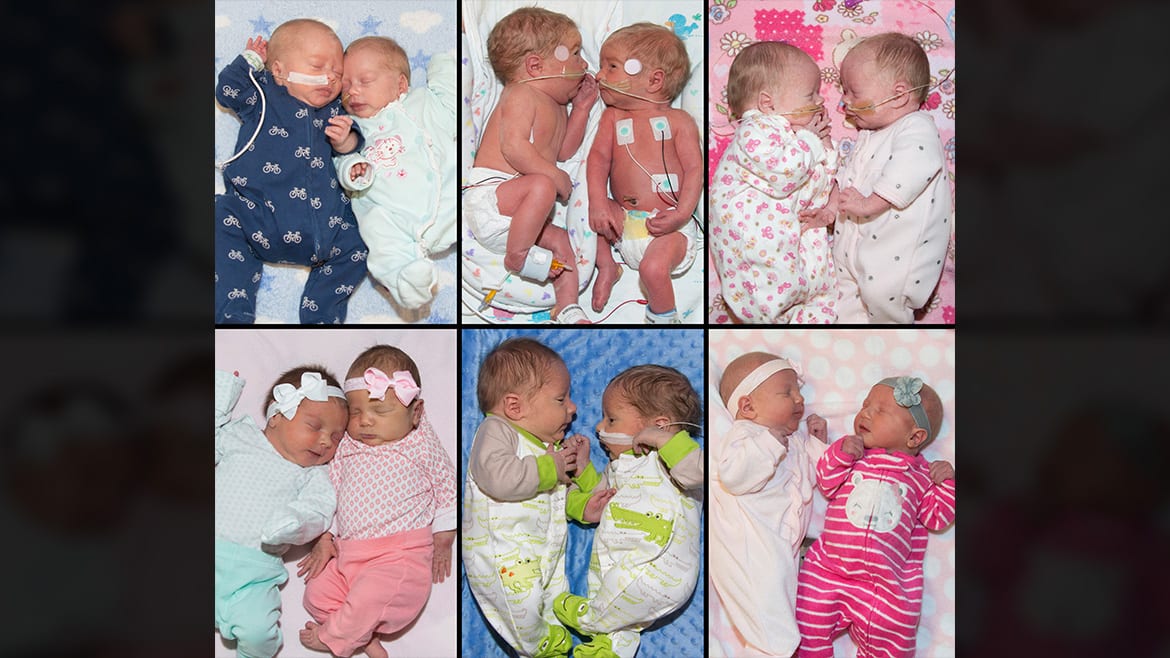 When Jennifer Vaughn delivered identical twin girls at Saint Luke’s East Hospital last week, she and her husband were not that surprised – and it wasn’t just because of the sonograms or because she had dreamt of having twins even before the ultrasounds.

“My husband and I have always been fascinated with twins,” Vaughn said Thursday at the Lee’s Summit, Mo., hospital, where she was holding Brooke and Peyton Koehler, both of whom weighed less than 5 pounds at birth. “I guess it was meant to be.”

What the couple did not expect, however, was that they would be part of an extraordinary baby boom at the hospital: In the span of about 30 days, doctors delivered no fewer than six sets of twins. That’s three times more than a typical month.

The scorecard was three boys and nine girls born between Dec. 15 and Monday, with two sets of fraternal twins and three sets of identical twins. Staff have yet to determine the type of one set of twins.

At birth, this delicate dozen weighed in collectively at about 60 pounds and had a combined length of approximately 17 feet. Officials said all the babies are doing well. 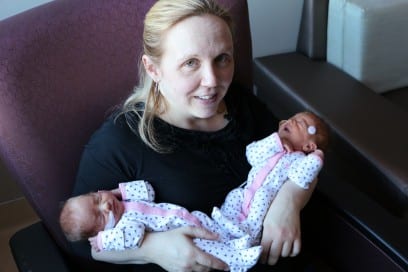 Jennifer Vaughn, of Lee’s Summit, Mo., holds her newborn girls, Brooke (left) and Peyton Koehler, one of six sets of twins born at Saint Luke’s East Hospital within the past month. (Photo by Todd Feeback/Hale Center for Journalism)

The CDC’s latest data tallied 131,024 twin births nationally in 2012, the lowest total in almost a decade.

In 30 years of work in the baby business, Brenda Cornell, clinical nurse manager of maternity services at Saint Luke’s East, said she had never experienced a spurt of twins like this one at the hospital.

It’s possible that the hospital’s increasing number of deliveries – which now stands at about 150 to 170 babies per month – could have played a role, she said.

But Cornell’s best explanation was that it was simply a matter of pure chance – albeit one that has delighted the maternity services personnel.

“They are really loving this,” she said. “It has been a great time for our staff.”

Vaughn and her husband already have a 2-year-old daughter at home, and she said that parenting experience makes them fairly calm about the challenges of taking care of newborn twins.

Her spouse is a little nervous about being the only male in the household, Vaughn said, but she has confidence in him.

“He will be good with three girls,” she said. “He just said they are going to have to like T-ball and stuff.”